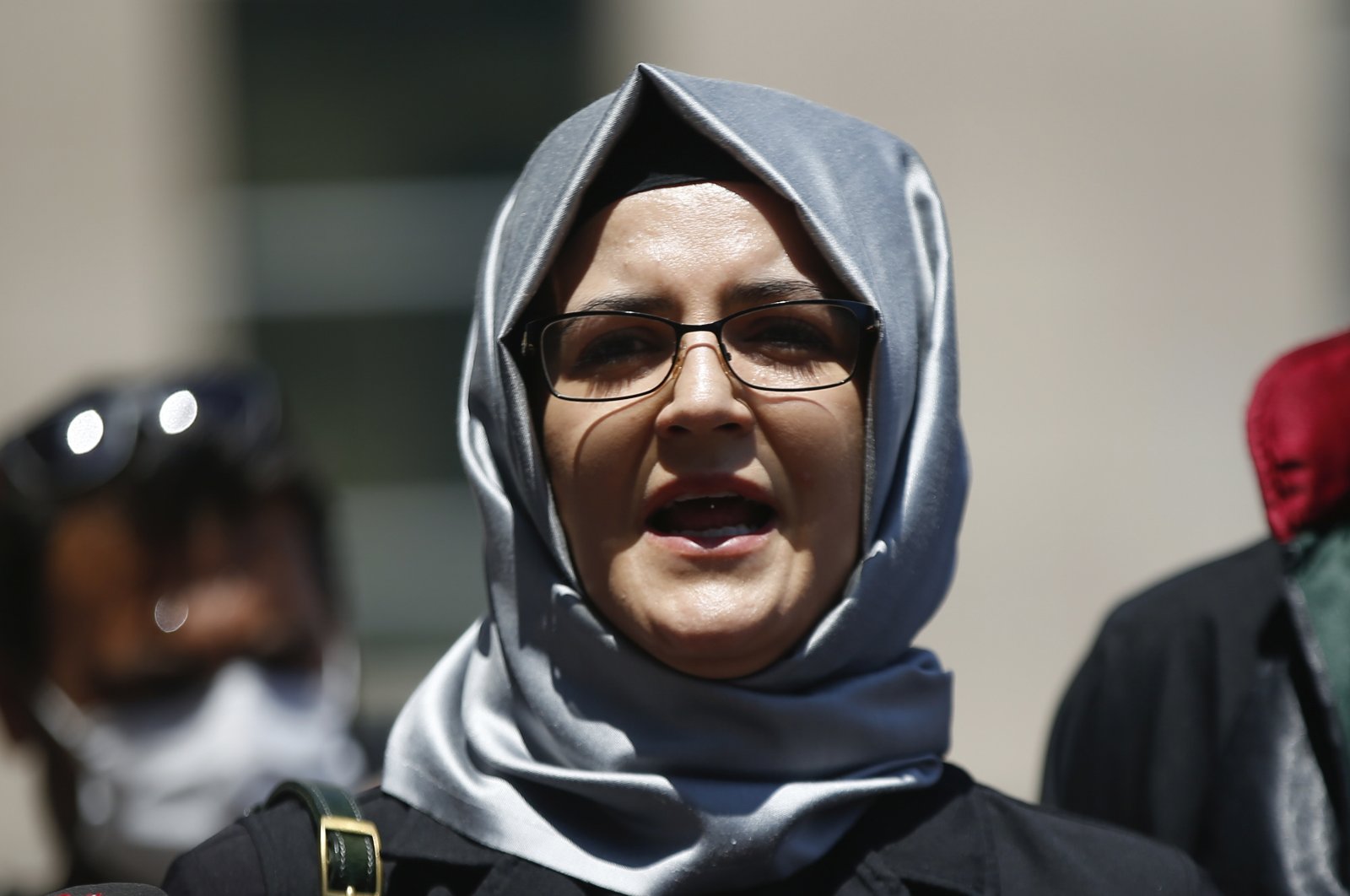 From a list of more than 50,000 cellphone numbers obtained by the Paris-based journalism nonprofit Forbidden Stories and the human rights group Amnesty International and shared with 16 news organizations, journalists were able to identify more than 1,000 individuals in 50 countries who were allegedly selected by NSO clients for potential surveillance.

They include 189 journalists, more than 600 politicians and government officials, at least 65 business executives, 85 human rights activists and several heads of state, according to The Washington Post, a consortium member. The journalists work for organizations including The Associated Press (AP), Reuters, CNN, The Wall Street Journal, Le Monde and The Financial Times.

Amnesty also reported that its forensic researchers had determined that NSO Group’s flagship Pegasus spyware was successfully installed on the phone of Post journalist Jamal Khashoggi’s fiancee, Hatice Cengiz, just four days after he was killed in the Saudi Consulate in Istanbul in 2018. The company had previously been implicated in other spying on Khashoggi.

NSO Group denied in an emailed statement that the data on which the report was based was leaked from its servers “since such data never existed on any of our servers.” It called the Forbidden Stories report “full of wrong assumptions and uncorroborated theories.”

"We firmly deny the false allegations made in their report," NSO said, according to remarks carried by Agence France-Presse (AFP). It said it was "not associated in any way" with the Khashoggi murder, adding that it sells "solely to law enforcement and intelligence agencies of vetted governments."

The company reiterated its claim that it only sells to governments for use against terrorists and major criminals. Critics call those claims dishonest and say repeated abuse of Pegasus spyware highlights the nearly complete lack of regulation of the private global surveillance industry.

The source of the leak – and how it was authenticated – was not disclosed. While a phone number’s presence in the data does not mean an attempt was made to hack a device, the consortium said it believed the data represented potential targets of NSO’s government clients. The Post said it identified 37 hacked smartphones on the list. The Guardian, another consortium member, reported that Amnesty had found traces of Pegasus infections on the cellphones of 15 journalists who let their phones be examined after discovering their number was in the leaked data.

The most numbers on the list, 15,000, were for Mexican phones, with a large share in the Middle East. NSO Group’s spyware has been implicated in targeted surveillance chiefly in the Middle East and Mexico. Saudi Arabia is reported to be among NSO's clients. Also on the lists were phones in countries including France, Hungary, India, Azerbaijan, Kazakhstan and Pakistan.

“The number of journalists identified as targets vividly illustrates how Pegasus is used as a tool to intimidate critical media. It is about controlling (the) public narrative, resisting scrutiny, and suppressing any dissenting voice,” Amnesty quoted its secretary-general, Agnes Callamard, as saying.

AP’s director of media relations, Lauren Easton, said the company is “deeply troubled to learn that two AP journalists, along with journalists from many news organizations, are among those who may have been targeted by Pegasus spyware.” She said the AP has taken steps to ensure the security of its journalists’ devices and is investigating.

Among more than two dozen previously documented Mexican targets are proponents of a soda tax, opposition politicians, human rights activists investigating a mass disappearance and the widow of a slain journalist, according to AP. In the Middle East, the victims have mostly been journalists and dissidents, allegedly targeted by the Saudi and United Arab Emirates (UAE) governments.

The consortium’s “Pegasus Project” reporting bolsters accusations that not just autocratic regimes but democratic governments, including India and Mexico, have used NSO Group’s Pegasus spyware for political ends. Its members, who include Le Monde and Sueddeutsche Zeitung of Germany, are promising a series of stories based on the leak.

Pegasus infiltrates phones to vacuum up personal and location data and surreptitiously controls the smartphone’s microphones and cameras. In the case of journalists, that lets hackers spy on reporters’ communications with sources.

The program is designed to bypass detection and mask its activity. NSO Group’s methods to infect its victims have grown so sophisticated that researchers say it can now do so without any user interaction, the so-called “zero-click" option.

In 2019, WhatsApp and its parent company Facebook sued NSO Group in the United States federal court in San Francisco, accusing it of exploiting a flaw in the popular encrypted messaging service to target – with missed calls alone – some 1,400 users. NSO Group denies the accusations.

The Israeli company was sued the previous year in Israel and Cyprus, both countries from which it exports products. The plaintiffs include Al-Jazeera journalists, as well as other Qatari, Mexican and Saudi journalists and activists who say the company’s spyware was used to hack them.

Several of the suits draw heavily on leaked material provided to Abdullah al-Athbah, editor of the Qatari newspaper Al-Arab and one of the alleged victims. The material appears to show officials in UAE discussing whether to hack into the phones of senior figures in Saudi Arabia and Qatar, including members of the Qatari royal family.

NSO Group does not disclose its clients and says it sells its technology to Israeli-approved governments to help them target terrorists and break up pedophile rings and sex- and drug-trafficking rings. It says its spyware is neither designed nor licensed for use against human rights activists or journalists. It says it has helped save thousands of lives in recent years. It denies its technology was in any way associated with Khashoggi’s murder.

NSO Group also denies involvement in elaborate undercover operations uncovered by The AP in 2019 in which shadowy operatives targeted NSO critics including a Citizen Lab researcher to try to discredit them.

Last year, an Israeli court dismissed an Amnesty International lawsuit seeking to strip NSO of its export license, citing insufficient evidence. Amnesty spokesman Gil Naveh said of the company, “They are the most dangerous cyberweapon that we know of, and they’re not being properly overseen.”

NSO Group is far from the only merchant of commercial spyware. But its behavior has drawn the most attention, and critics say that is with good reason.

Last month, it published its first transparency report, in which it says it has rejected “more than $300 million in sales opportunities as a result of its human rights review processes.” Eva Galperin, director of cybersecurity at the Electronic Frontier Foundation and a strident critic, tweeted, “If this report was printed, it would not be worth the paper it was printed on.”

Since 2019, the United Kingdom private equity firm Novalpina Capital has controlled a majority stake in NSO Group. Earlier this year, Israeli media reported the company was considering an initial public offering, most likely on the Tel Aviv Stock Exchange.