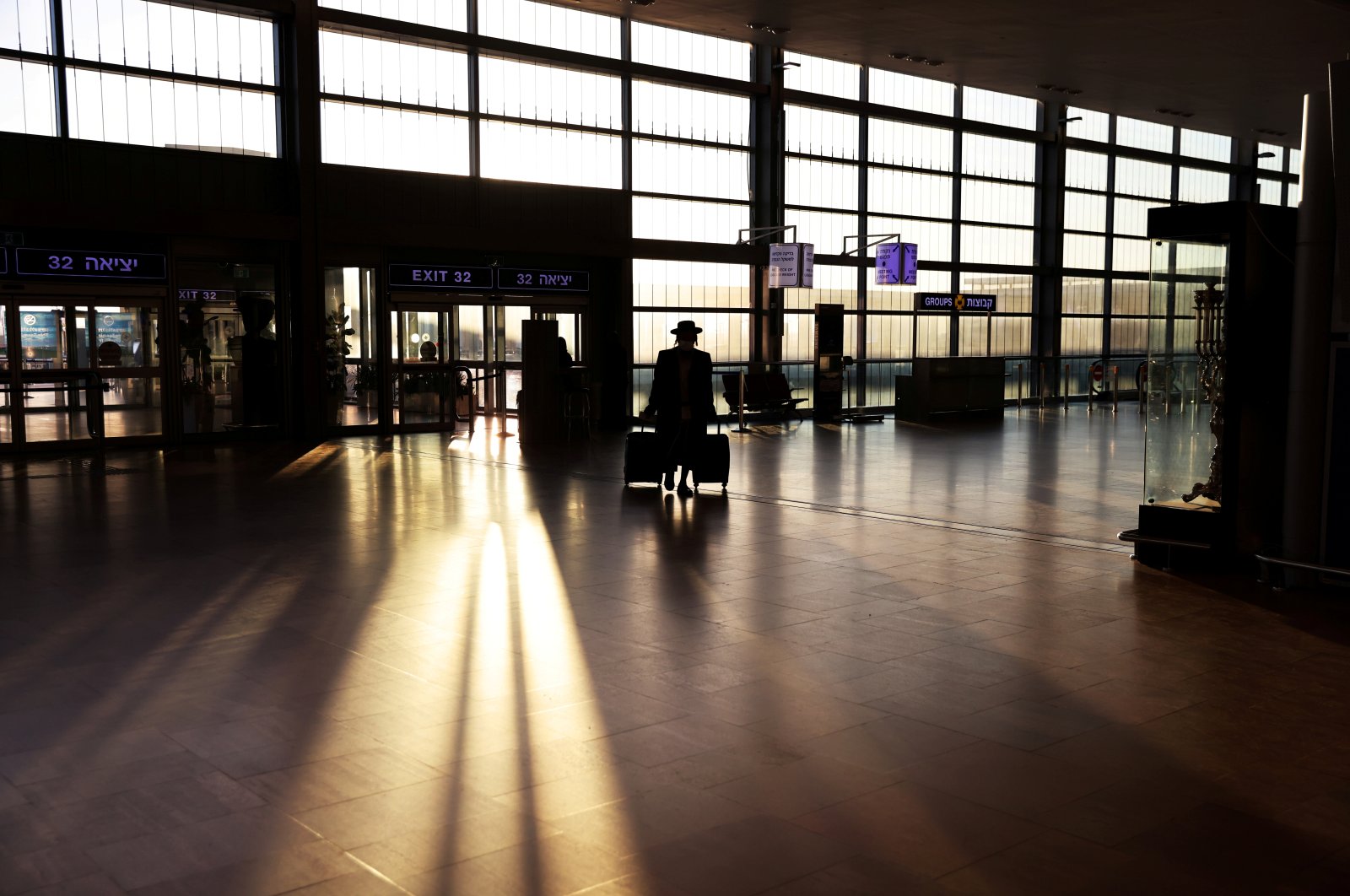 A passenger arrives to a terminal at Ben Gurion international airport before Israel bans international flights, taking effect from Monday midnight until the end of January, in order to stop the spread of the coronavirus disease (COVID-19) and new coronavirus strains, in Lod near Tel Aviv, Israel January 25, 2021. (Reuters File Photo)
by Daily Sabah with Agencies May 11, 2021 9:51 pm
RECOMMENDED

Meanwhile, the number of Israelis wounded by rockets rose to 26.