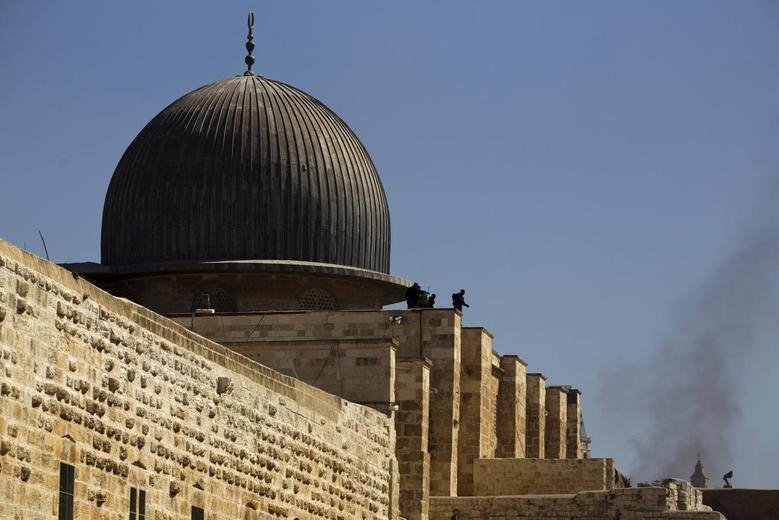 The grand imam of Al-Aqsa Mosque, Sheikh Ekrima Sabri, expressed his appreciation for Turkey's support of Palestine during a phone call with the head of Turkey's top religious body on Thursday, a statement said.

"Mr. President Recep Tayyip Erdoğan, your precious speeches are very important ... I would like to express once again that these speeches supporting Jerusalem, Al-Aqsa Mosque and Palestine support our persistence here," Diyanet quoted Sheikh Sabri as saying.

He also expressed his best wishes to Erbaş and to Turks for the ongoing Ramadan Bayram, also known as Eid al-Fitr, marking the end of the Muslim holy month Ramadan and his hope that Al-Aqsa Mosque will one day be in an unoccupied Jerusalem.

Erbaş reiterated Turkey's condemnation of Israel's aggression in Palestine and that it is unacceptable.

"I hope all Muslims unite," he said, adding that when differences between Muslim states end, "this occupation and persecution in Jerusalem will end."

He also acknowledged that there is great sensitivity in Turkey about Jerusalem and Al-Aqsa Mosque.

Tensions have been running high since an Israeli court last week ordered the eviction of Palestinian families from the Sheikh Jarrah neighborhood of East Jerusalem, leading to Palestinian protests and Israeli attacks on Palestinian civilians, including worshippers at the city's Al-Aqsa Mosque.

The latest death toll from ongoing Israeli attacks in the Gaza Strip has risen to 87, including 18 children and eight women, with 530 injured, according to the Palestinian Health Ministry.