Erdoğan calls for immediate stop to Israeli aggression in Palestine 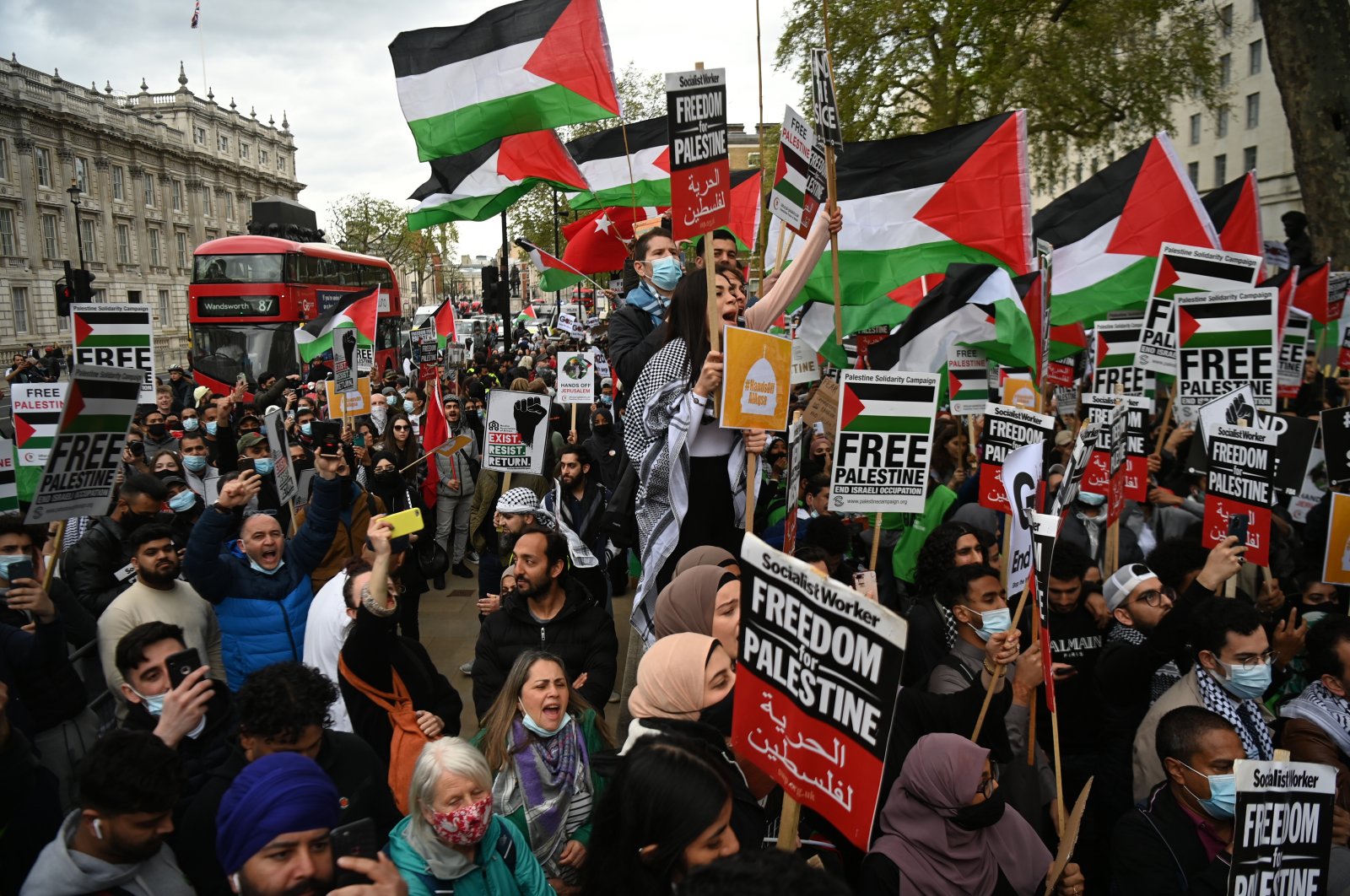 Supporters of Palestine attend an emergency 'Rally for Jerusalem' outside 10 Downing street, in London, Britain, 11 May 2021. (EPA Photo)
by Daily Sabah with Agencies May 12, 2021 11:26 pm
RECOMMENDED

"Israel’s actions, which are against the decisions by humanity’s common organizations, fundamental human rights, the international law and all human values, must be stopped immediately," President Recep Tayyip Erdoğan said in a statement late Wednesday.

“We demand the despicable attacks against the Al-Aqsa Mosque and the Muslims be stopped immediately,” he said on Twitter.

“Otherwise, no person on earth will have any confidence left in international organizations or rules.

Unless the United Nations Security Council puts an end to this atrocity through immediate and effective measures, it will mean that it unconditionally accepts the crooked situation which we describe as “the World is bigger than 5,” he added, repeating his famous motto, which is a reference to the five permanent members of the UNSC.

"It should not be forgotten that Al-Quds is the entire world and the Muslims there are the entire humanity.”