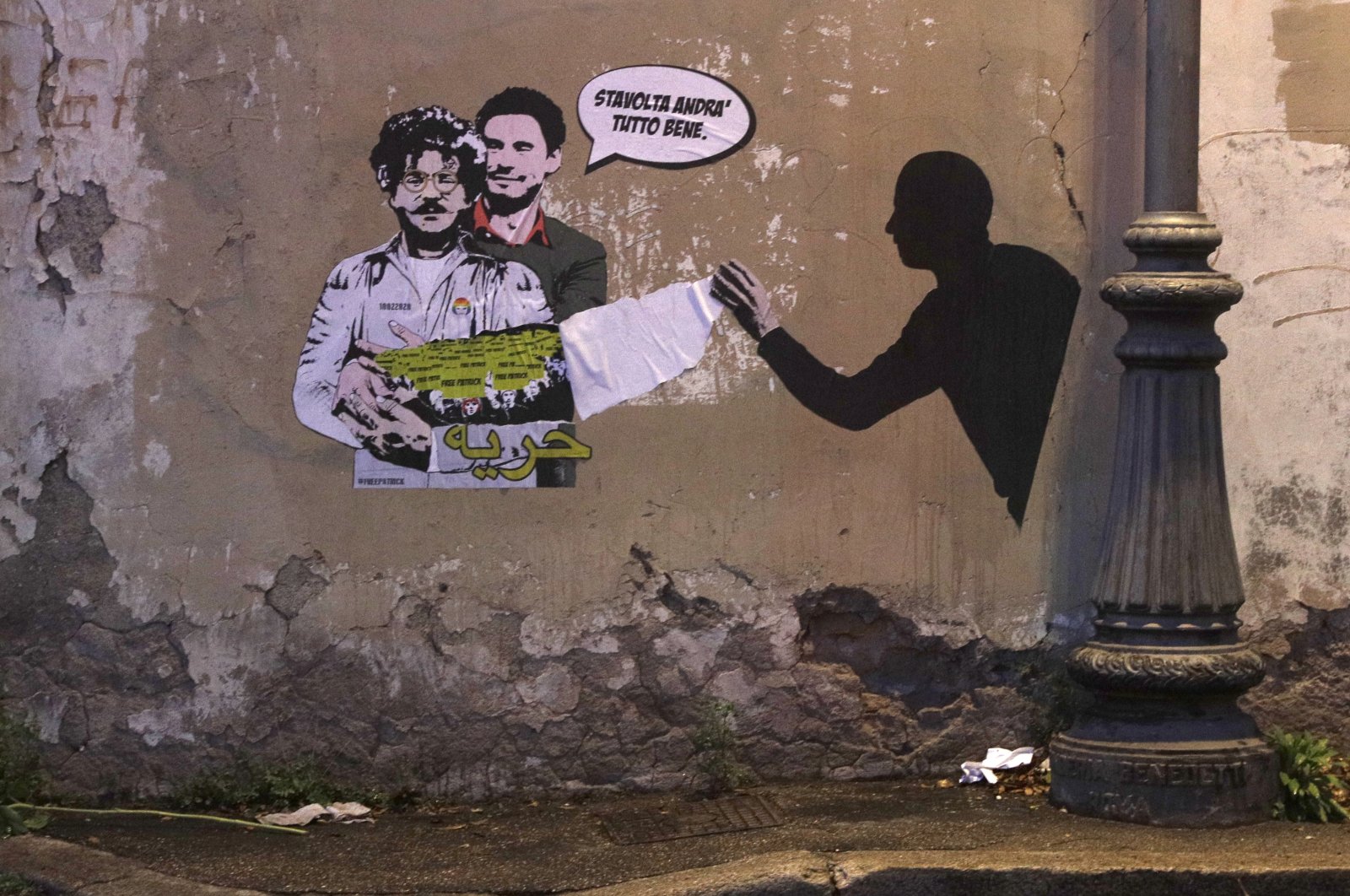 A mural depicting detained Egyptian human rights advocate and student at the University of Bologna in Italy Patrick George Zaki, being hugged from behind by Italian researcher Giulio Regeni, who was murdered in Cairo in 2016, is displayed on a wall in Rome, Italy, Feb. 19, 2020.(AP Photo)
by ASSOCIATED PRESS Sep 16, 2021 2:22 pm
RECOMMENDED

The Amnesty International report was the latest rebuke to Egypt’s government, which faces increasing pressure from the U.S. to improve its human rights record. A government media officer did not immediately respond to a request for comment on the report.

The London-based group said it documented how the agency, which handles terrorism-related and political cases, used such measures to "control the lives” of at least 26 people, including seven women, between 2020 and 2021.

The report is titled: "This will only end when you die,” in reference to what one activist was told of her regular summons to the agency. Amnesty did not disclose the names of those activists. The NSA is overseen by the Interior Ministry.

Egypt's President Abdel-Fattah el-Sissi has in the past maintained that his country has no political prisoners. Egypt’s government has in recent years waged a wide-scale crackdown on dissent, jailing thousands of people, mainly members of the Muslim Brotherhood, but also secular activists involved in the 2011 Arab Spring uprising that toppled longtime autocrat Hosni Mubarak.

Many people have been imprisoned on terrorism charges, for breaking a ban on protests or for disseminating false news. In recent years, lengthy pretrial detentions have become a common practice to keep the government’s critics behind bars for as long as possible.

Amnesty said at least 20 activists described how the agency's attempt to monitor and manipulate their activities had left them in a depressed and helpless state. The group said officers used "physical and psychological abuse” during interrogations of summoned activists, many of whom had already spent significant time in detention. In their cases, they were told to present themselves to police stations for so-called monitoring after their release.

Security forces also threatened activists and their families with detention or physical harm if they did not give up information, Amnesty said.

The group said many activists and rights advocates are now fearful of voicing their opinions or taking part in political activities. Some have left the country as a result, the report added. But even they are not out-of-reach: After traveling, one received a message from an officer saying he would now be "on the run” for the remainder of his life.

Amnesty urged the country’s chief prosecutor to open investigations into the NSA’s practices.

The U.S. State Department announced Tuesday it would withhold $130 million of $300 million in military financing for Egypt due to human rights concerns. Secretary of State Antony Blinken would allow the rest to go through to preserve a U.S.-Egypt security engagement that Washington believes is critical to Middle East stability.