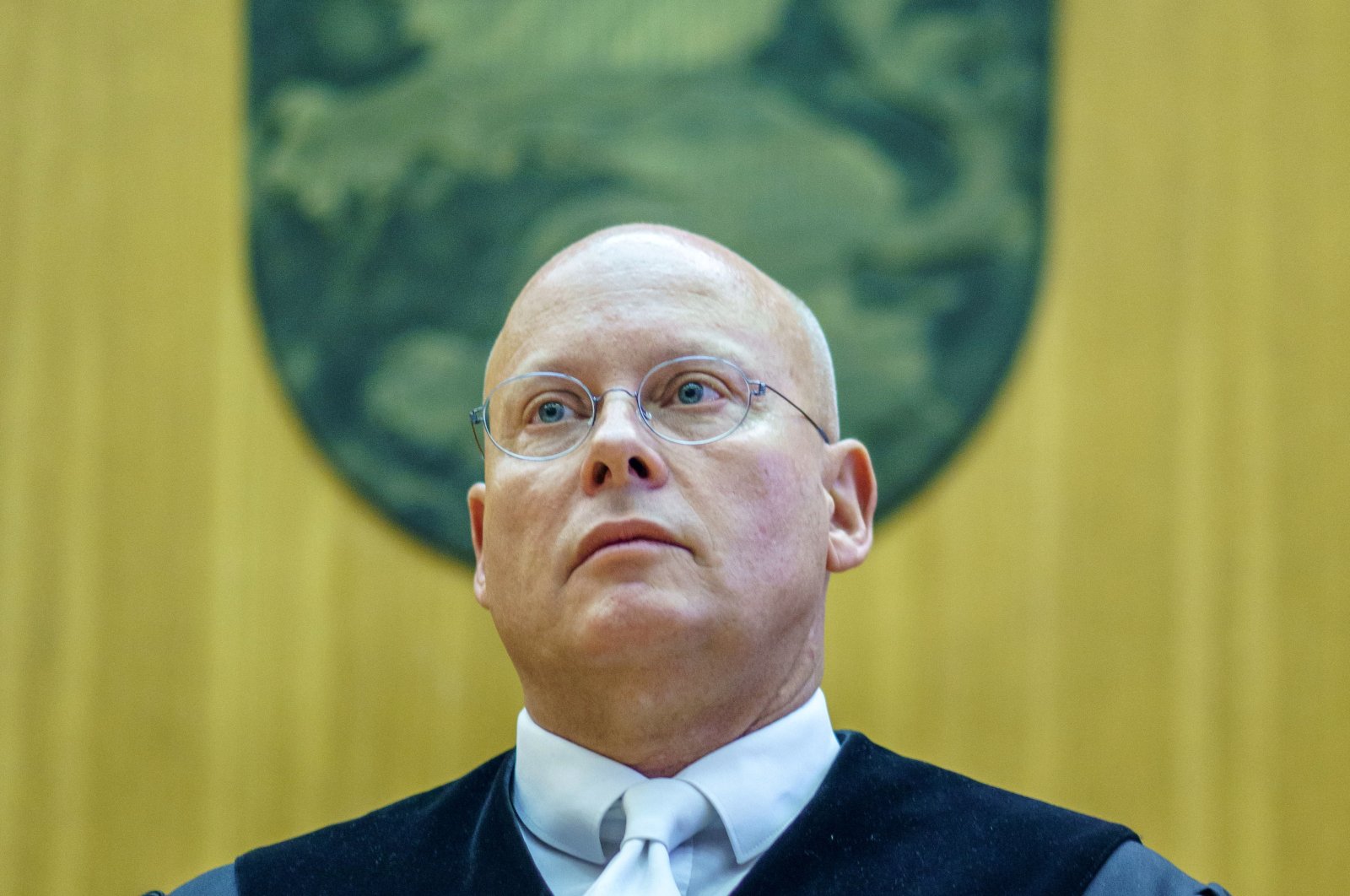 Taha al-Jumailly, 29, who joined the so-called Islamic State group in 2013, passed out in the courtroom after the verdict was read out.

Yazidi survivor and 2018 Nobel Peace Prize winner Nadia Murad thanked Germany for the "historic" ruling, which she described as "a win for survivors of genocide, survivors of sexual violence, and the entire Yazidi community."

The Yazidis, a Kurdish-speaking group hailing from northern Iraq, have for years been persecuted by Daesh militants who have killed hundreds of men, raped women and forcibly recruited children as fighters.

In May, U.N. special investigators reported that they had collected "clear and convincing evidence" of genocide by Daesh against the Yazidis.

"This is the outcome every single Yazidi and all genocide survivors were hoping to see," Natia Navrouzov, a lawyer and member of the NGO Yazda, which gathers evidence of crimes committed by Daesh against the Yazidis, told Agence France-Presse (AFP).

"Today is a historical day for humanity and the Yazidi genocide enters finally the history of international criminal law. We will make sure that more trials such as this take place," she said.

Prosecutors say Jumailly and his now ex-wife, a German woman named Jennifer Wenisch, "purchased" a Yazidi woman and child as household "slaves" while living in then Daesh-occupied Mosul in 2015.

They later moved to Fallujah, where Jumailly is accused of chaining the five-year-old girl to a window outdoors in heat rising to 50 degrees Celsius (122 Fahrenheit) as a punishment for wetting her mattress, leading her to die of thirst.

In a separate trial, Wenisch, 30, was sentenced to 10 years in jail in October for "crimes against humanity in the form of enslavement" and aiding and abetting the girl's killing by failing to offer help.

Identified only by her first name Nora, the child's mother testified in both Munich and Frankfurt about the torment visited on her daughter.

She also described being raped multiple times by Daesh terrorists after they invaded her village in the Sinjar mountains in northwestern Iraq in August 2014.

The mother was represented by a team including London-based human rights lawyer Amal Clooney, who has been at the forefront of a campaign for Daesh crimes against the Yazidis to be recognized as genocide, along with Murad.

"This is the moment Yazidis have been waiting for," Clooney said in a statement. "There is no more denying it – ISIS (an alternate acronym for Daesh) is guilty of genocide."

Germany, home to a large Yazidi community, is one of the few countries to have taken legal action over such abuses.

German courts have already handed down five convictions against women for crimes against humanity related to the Yazidis committed in territories held by Daesh.

Prosecutors in Naumburg on Tuesday charged a German woman named as Leonora M. with aiding and abetting crimes against humanity after she and her Daesh husband enslaved a Yazidi woman in Syria in 2015.

Germany has charged several German and foreign nationals with war crimes and crimes against humanity carried out abroad, using the legal principle of universal jurisdiction which allows offenses to be prosecuted even if they were committed in a foreign country.

"Germany is not only raising awareness about the need for justice but is acting on it," said Murad. "Their use of universal jurisdiction in this case can and should be replicated by governments around the world."