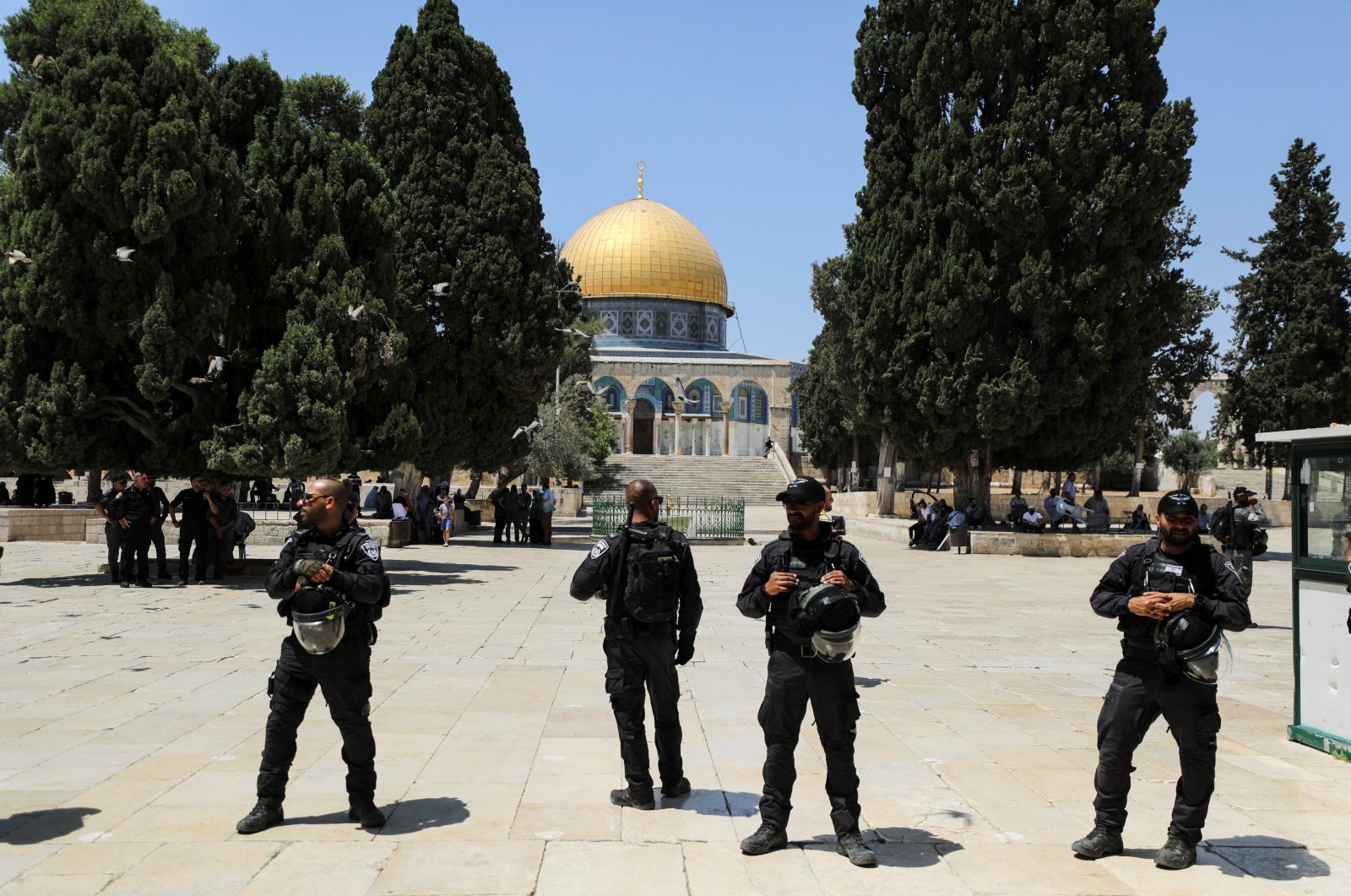 The Dome of the Rock is seen in the background as Israeli security forces stand guard after brief clashes erupted between Israeli police and Palestinians at Al-Aqsa Mosque in East Jerusalem, occupied Palestine, July 18, 2021. (Reuters Photo)
by Anadolu Agency Jul 27, 2021 1:11 pm

Scores of Israeli settlers on Tuesday forced their way into the Al-Aqsa Mosque complex in occupied East Jerusalem, according to a Palestinian agency.

The Islamic Endowment Department that oversees the Al-Aqsa Mosque compound said in a statement that 89 settlers guarded by Israeli police broke into the flashpoint site.

Usually, Israeli settlers storm the complex every morning and afternoon through its Mughrabi Gate, southwest of the mosque.

Israeli police began allowing the settler incursions in 2003, despite repeated condemnations from the endowment department.

Al-Aqsa Mosque is the world's third-holiest site for Muslims. Jews call the area the Temple Mount, claiming it was the site of two Jewish temples in ancient times.

Israel occupied East Jerusalem, where Al-Aqsa is located, during the 1967 Arab-Israeli War. It annexed the entire city in 1980, a move never recognized by the international community.