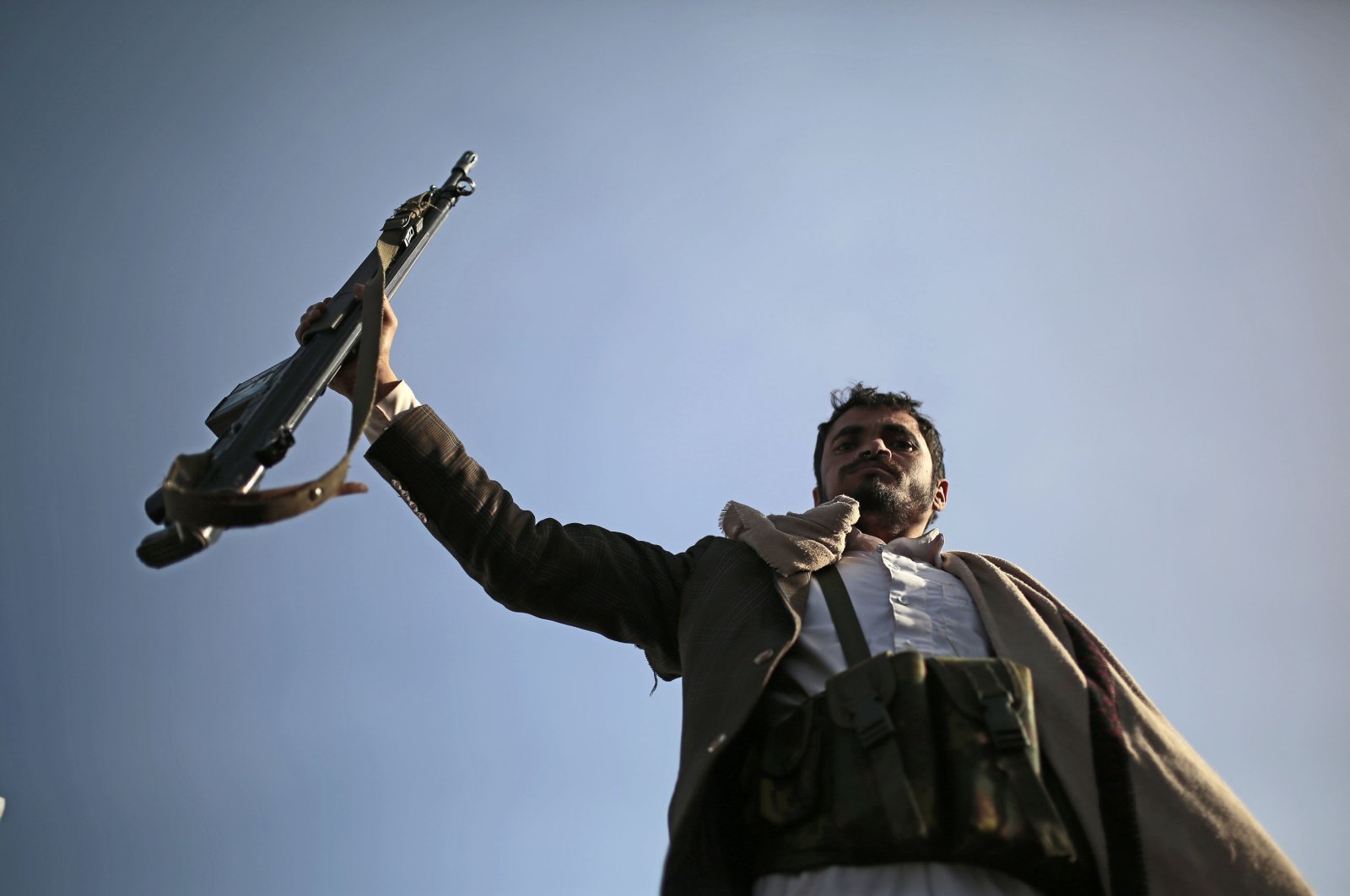 A Houthi supporter holds his weapon during a demonstration against the United States over its decision to designate the Houthis a foreign terrorist organization in Sanaa, Yemen, Jan. 25, 2021. (AP Photo)
by ASSOCIATED PRESS Jan 27, 2021 9:00 am
RECOMMENDED

Yemen's conflict is fueled by economic profiteering, where a six-year war has involved attacks on civilians, forced disappearances and other violations of human rights and international law, U.N. experts said in a new report.

The experts estimate Houthi rebels diverted at least $1.8 billion in 2019 that was supposed to go to the government to pay salaries and provide basic services to citizens. And they said the government implemented a scheme to illegally divert to traders $423 million of Saudi money meant to buy rice and other commodities for the Yemeni people.

The report obtained Tuesday by The Associated Press (AP) describes a deteriorating situation in Yemen, where the panel said the Houthis and the government "appear to be indifferent" to the devastating impact of the economy's downfall on its people while continuing to divert the country’s economic and financial resources.

Six years of war between a U.S.-backed Arab coalition supporting the internationally recognized government and the Iranian-backed Houthi rebels have been catastrophic for Yemen, killing more than 112,000 people, creating the world’s worst humanitarian crisis, bringing the country to the brink of famine and wrecking infrastructure. It began with the 2014 Houthi takeover of the north, where the majority of Yemenis live, which prompted a destructive air campaign by the Saudi-led coalition, aimed at restoring the government. Despite warnings in regard to the humanitarian crisis in the country, the U.S. plans to designate Houthi rebels as a terrorist group, which the U.N. urged to reverse to prevent further worsening the situation.

The panel said there is "an increasing body of evidence suggesting that individuals and entities" in Iran supply "significant volumes of weapons and components to the Houthis."

The panel said the government, sworn in in December, lost strategic territory to both the Houthis and the Southern Transitional Council, a separatist group backed by the United Arab Emirates. In December, the coalition announced a power-sharing Cabinet including southern separatists, part of a deal to end a power struggle between the former allies.

"The lack of a coherent strategy among anti-Houthi forces, demonstrated by infighting within them, and disagreements between their regional backers, has served to strengthen the Houthis," the experts said.

The report said the Houthis perform government functions including collecting taxes and other state revenue, "a large portion of which is used to fund their war effort" – not to help the Yemeni people.

"The government of Yemen is, in some cases, engaging in money-laundering and corruption practices that adversely affect access to adequate food supplies for Yemenis, in violation of the right to food," the panel said.

In the $423 million scheme that illegally transferred public money to traders, 48% was received by a single holding corporation, the Hayel Saeed Anam Group, the experts said.