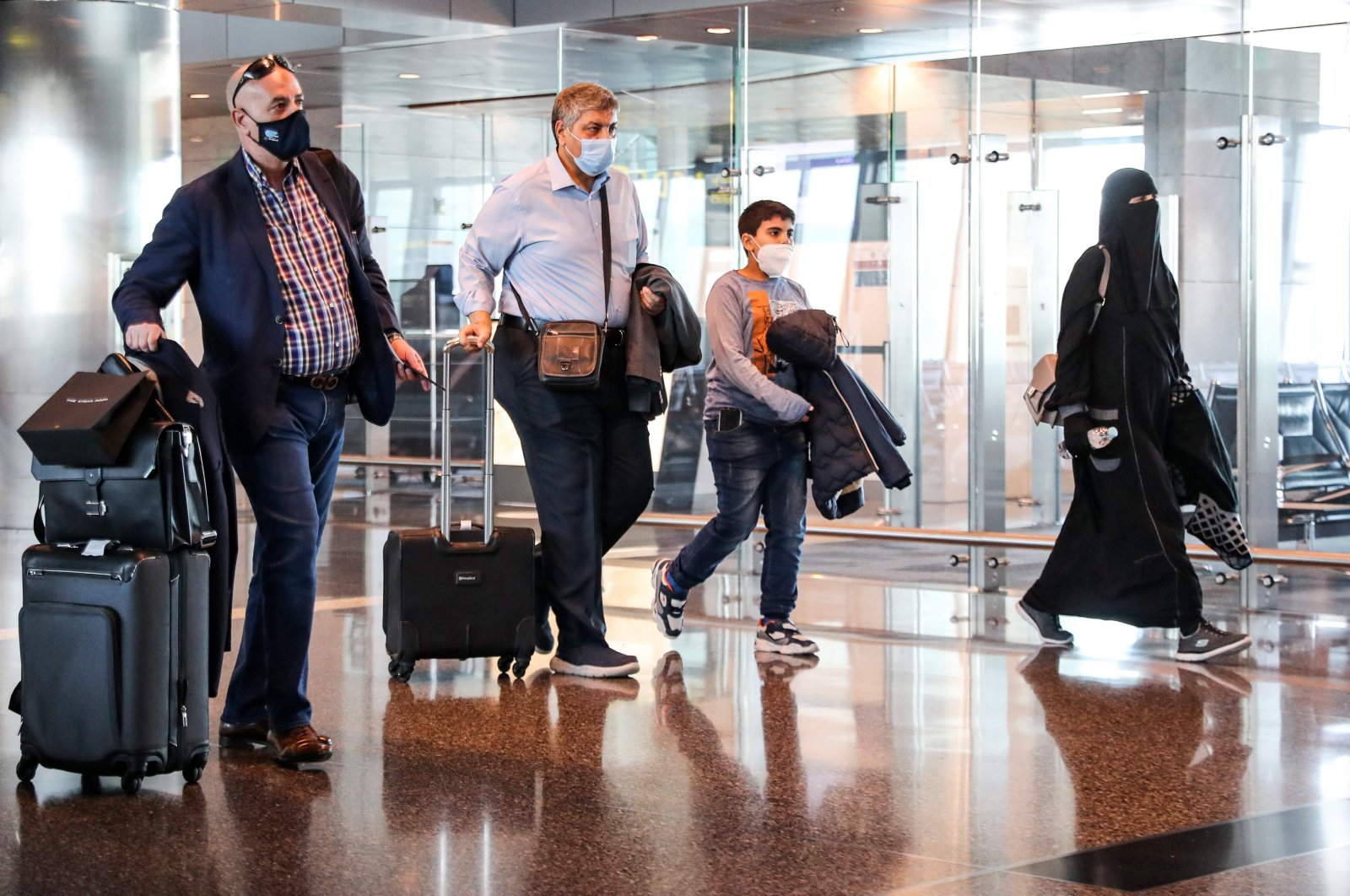 Mask-clad travelers walk with their carry-on luggage to board the first Qatar Airways flight bound for Cairo after the resumption of flights between Qatar and Egypt, at Qatar's Hamad International Airport near the capital Doha on Jan. 18, 2021. (AFP Photo)
by REUTERS Jan 20, 2021 3:00 pm
RECOMMENDED

Egypt's foreign ministry said in a statement Wednesday that Cairo has agreed to resume the halted diplomatic relations with Doha.

The move follows an agreement between Saudi Arabia, the United Arab Emirates (UAE), Bahrain and Egypt earlier this month to end their boycott of Qatar – a move taken in 2017 over allegations it supported terrorism, a charge that Doha denies.

"Arab Republic of Egypt and the State of Qatar exchanged, today, January 20, 2021, two official memoranda, in virtue of which the two countries agreed to resume diplomatic relationss," a foreign ministry statement said.

Egypt reopened its airspace to Qatari flights on Jan. 12, and flights between the two countries were resumed.

When the boycott was announced, Egypt and its allies called on Qatar to cut ties with the Muslim Brotherhood, among other demands.

The Muslim Brotherhood was outlawed in Egypt after then-army chief Abdel Fattah al-Sissi led the overthrow of the country's first and only democratically elected president, Mohammed Morsi, from the presidency in 2013, before being elected president himself the following year.

Much of the group's senior leadership was jailed in Egypt but other members took refuge abroad in Qatar or its regional ally Turkey.

Egypt and the UAE have also found themselves at odds with Turkey and Qatar in Libya, where they have backed opposing factions in a civil conflict.

During a meeting with officials from Egypt and UAE on Saturday, a Qatari foreign ministry official pledged that his country will change the policy of its Al Jazeera television channel toward Cairo, two Egyptian intelligence sources told Reuters.

He also pledged that Doha would not intervene in Egypt's internal affairs, they added.