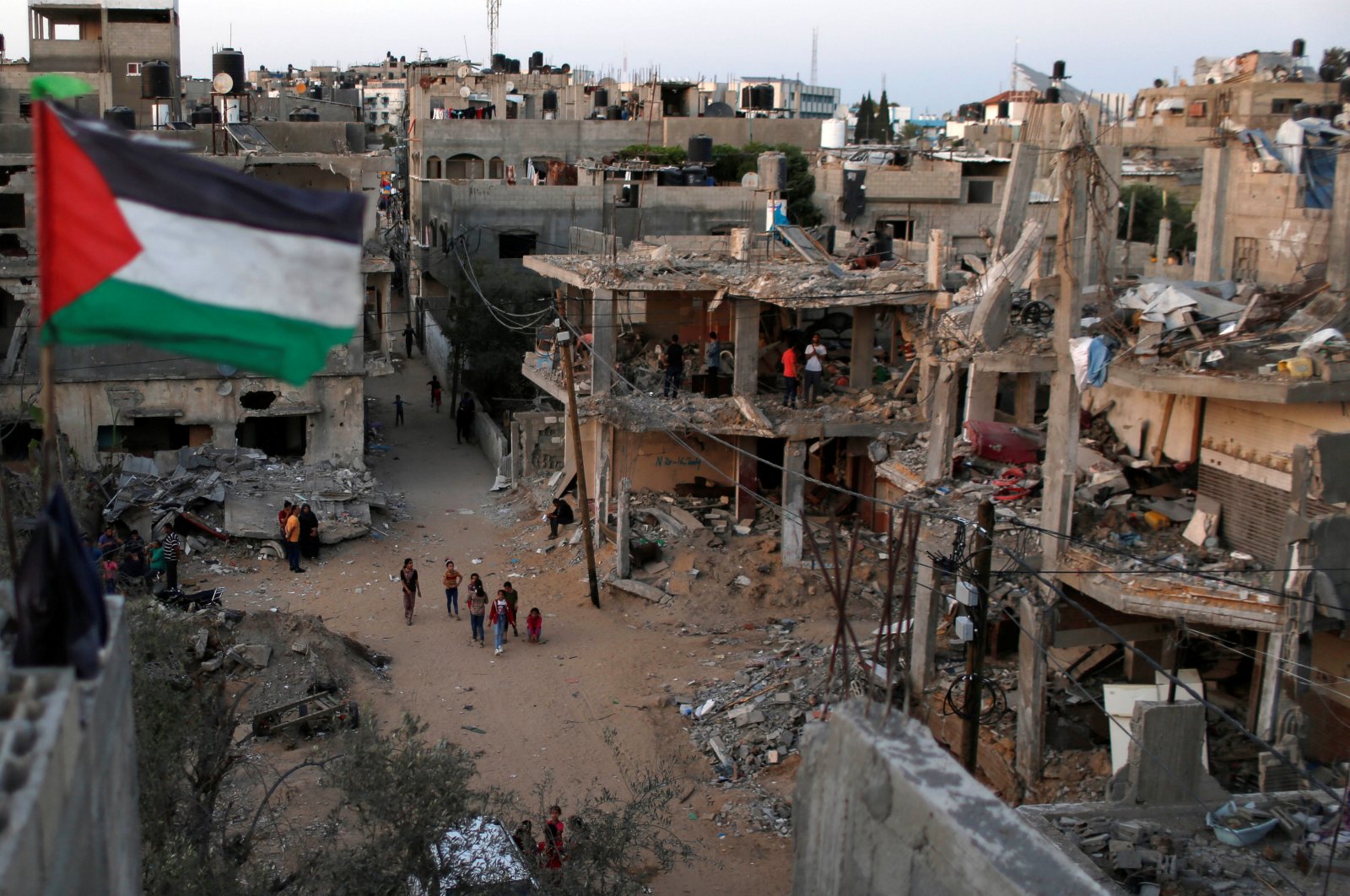 A Palestinian flag flies amid the ruins of houses destroyed by Israeli airstrikes, the Gaza Strip, Palestine, May 25, 2021. (Reuters Photo)
by DAILY SABAH WITH AGENCIES
Jun 01, 2021 5:23 pm

"The secretary generals of the Palestinian factions were invited to a meeting next week in Cairo under the auspices of Egyptian President Abdel-Fattah el-Sissi and his Palestinian counterpart Mahmoud Abbas," the state-run Al-Ahram newspaper said.

According to the newspaper, the meeting will discuss "the necessary steps to end the division ... and to lay down a road map for the next stage."

In the last several days, Egypt's intelligence chief Abbas Kamel visited the occupied West Bank and the Gaza Strip after meeting with Israeli Prime Minister Benjamin Netanyahu on a trip aimed at shoring up an informal cease-fire that ended Israel's 11-day assault on Gaza.

The Egyptian-brokered cease-fire took effect in the early hours of May 21.

Israeli attacks in Gaza and the West Bank killed at least 289 people, including more than 60 children, and left behind a trail of destruction. Health centers and media offices as well as schools were among the structures targeted.

The two main Palestinian groups – Fatah, which holds sway in the Palestinian Authority (PA), and Hamas, which governs Gaza – have been at odds since 2007. As part of the most recent reconciliation efforts, Fatah and Hamas announced the decision to hold the first Palestinian elections in 15 years after holding talks in Turkey.

The groups previously agreed to form a unity government. Hamas was to hand over control of Gaza to the PA, accepting the establishment of a unified government under the leadership of Fatah.

However, Abbas postponed the elections as Israel obstructed the vote in East Jerusalem, an area occupied by Tel Aviv since 1967.