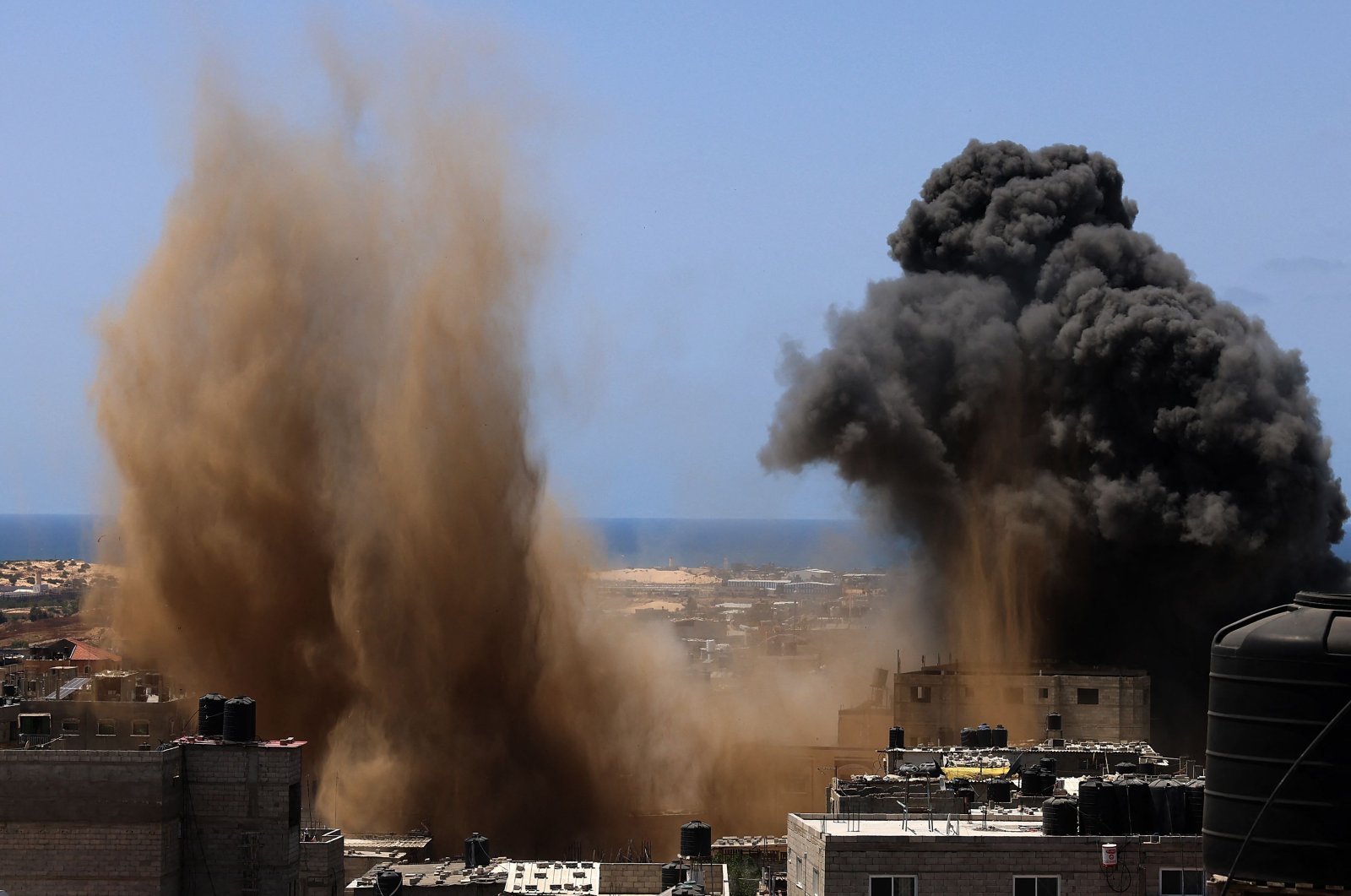 German Chancellor Angela Merkel said Thursday that indirect talks with Palestinian resistance group Hamas were essential to advancing efforts toward a cease-fire between Tel Aviv and the enclave's administration.

"Of course, there must be indirect talks with Hamas,” Merkel said while responding to a question at the International WDR Europaforum 2021, adding that without an agreement with Hamas, it will not be possible to maintain a cease-fire.

Berlin has so far backed Israel's military onslaught on Palestinian targets that included civilians, citing Germany's special responsibility for the security of Israel, due to the Holocaust perpetrated by Nazi Germany in World War II.

Merkel's government has declined to enter direct talks with Hamas, which rules the besieged Gaza Strip.  Merkel said Egypt and several Arab countries were currently conducting talks with Hamas for a cease-fire and expressed Germany's support for these diplomatic efforts.  Asked about recent protests in Germany against fierce Israeli attacks on civilians, and alleged anti-Semitic acts in some of these demonstrations, Merkel said the German government backs freedom of expression but would not tolerate anti-Jewish hatred.

"A distinction must be made. One can criticize the policies of the state of Israel. These criticisms can be made in Israel, and also here. I myself criticized Israel's settlement policies on various occasions," Merkel said and added that if some people hold protests in front of synagogues "we will show zero tolerance against such acts."

At least 230 Palestinians have been killed, including 65 children and 36 women, and over 1,700 others injured in Israeli attacks across Gaza since May 10, according to the Gazan Health Ministry.

In the occupied West Bank and East Jerusalem, 28 Palestinians, including four children, were killed by Israeli forces in violence that erupted at a protest of Israeli attacks on Gaza.

Recent tensions that started in East Jerusalem during the Muslim holy month of Ramadan spread to Gaza as a result of Israeli assaults on worshippers at the flashpoint Al-Aqsa Mosque complex and the neighborhood of Sheikh Jarrah.