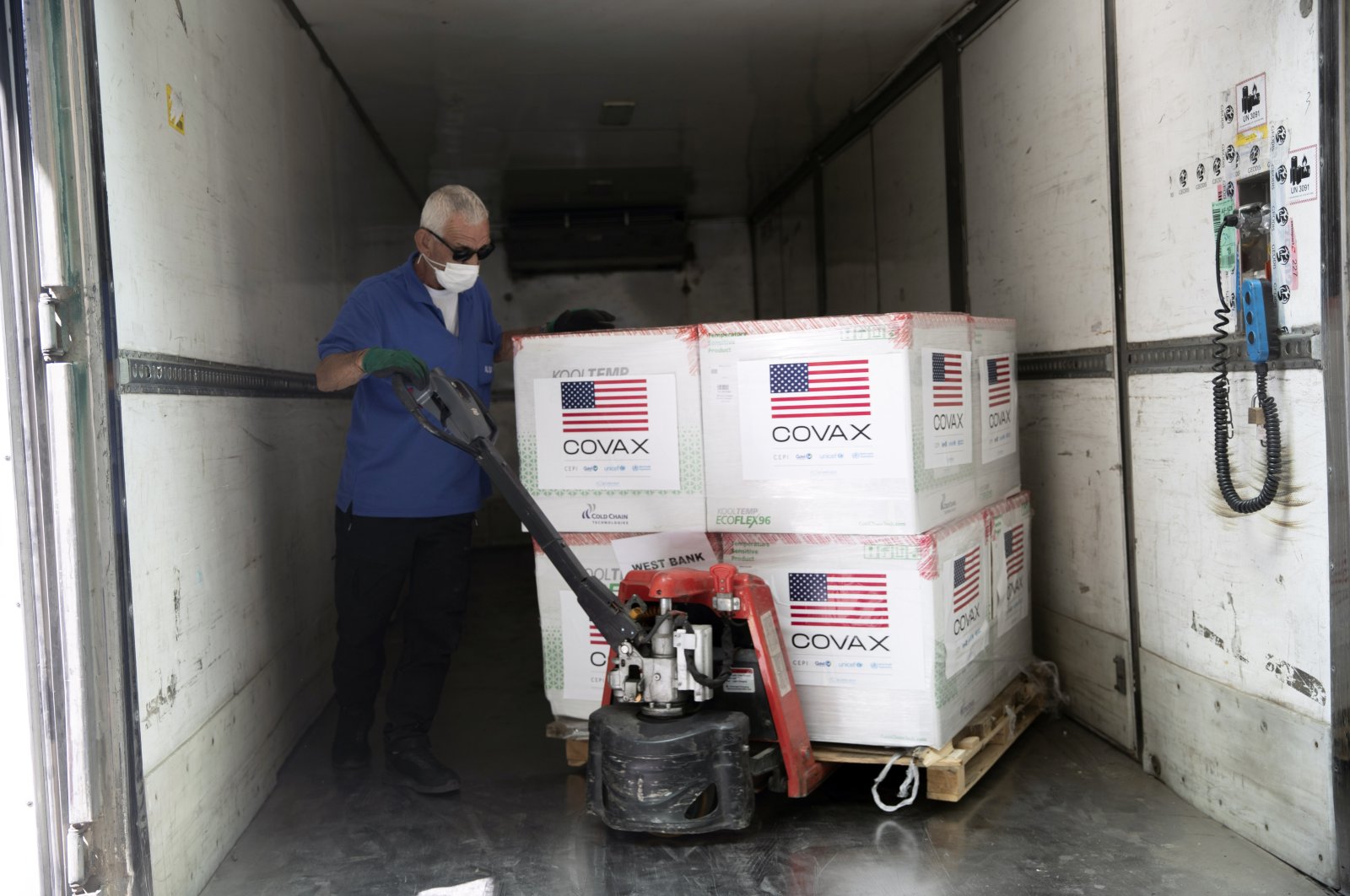 Palestinians unload a shipment of the Moderna coronavirus vaccine donated by the U.S, at the Palestinian health ministry, in the West Bank village of Salem, near Nablus, Aug. 24, 2021. (AP Photo)
by REUTERS Aug 24, 2021 4:16 pm
RECOMMENDED

A U.S. donation of 500,000 COVID-19 vaccine doses arrived in the Israeli-occupied West Bank and Gaza Strip on Tuesday, as Palestinian officials work to boost uptake and counter a surge in new cases by requiring some workers to get the jab.

The Palestinians began administering vaccines in February, but despite having purchased or received what officials have called "an abundance of doses," uptake has stalled at just 35% of age-eligible Palestinians in the West Bank, and around 11% in Gaza.

Prime Minister Mohammad Shtayyeh, whose Palestinian Authority (PA) has limited self-rule in the West Bank, said on Monday that unvaccinated public-sector employees would be put on unpaid leave, with immediate effect.

With the U.S. donation of 500,000 Moderna doses, facilitated through the global COVAX vaccine-sharing program, the Palestinians say they have now received 2.5 million doses. The West Bank will take 300,000 of the donation and Gaza 200,000.

Officials also expect to receive 1 million doses of the Pfizer-BioNTech vaccine in September. New infections have spiked since the emergence of the highly infectious delta variant.