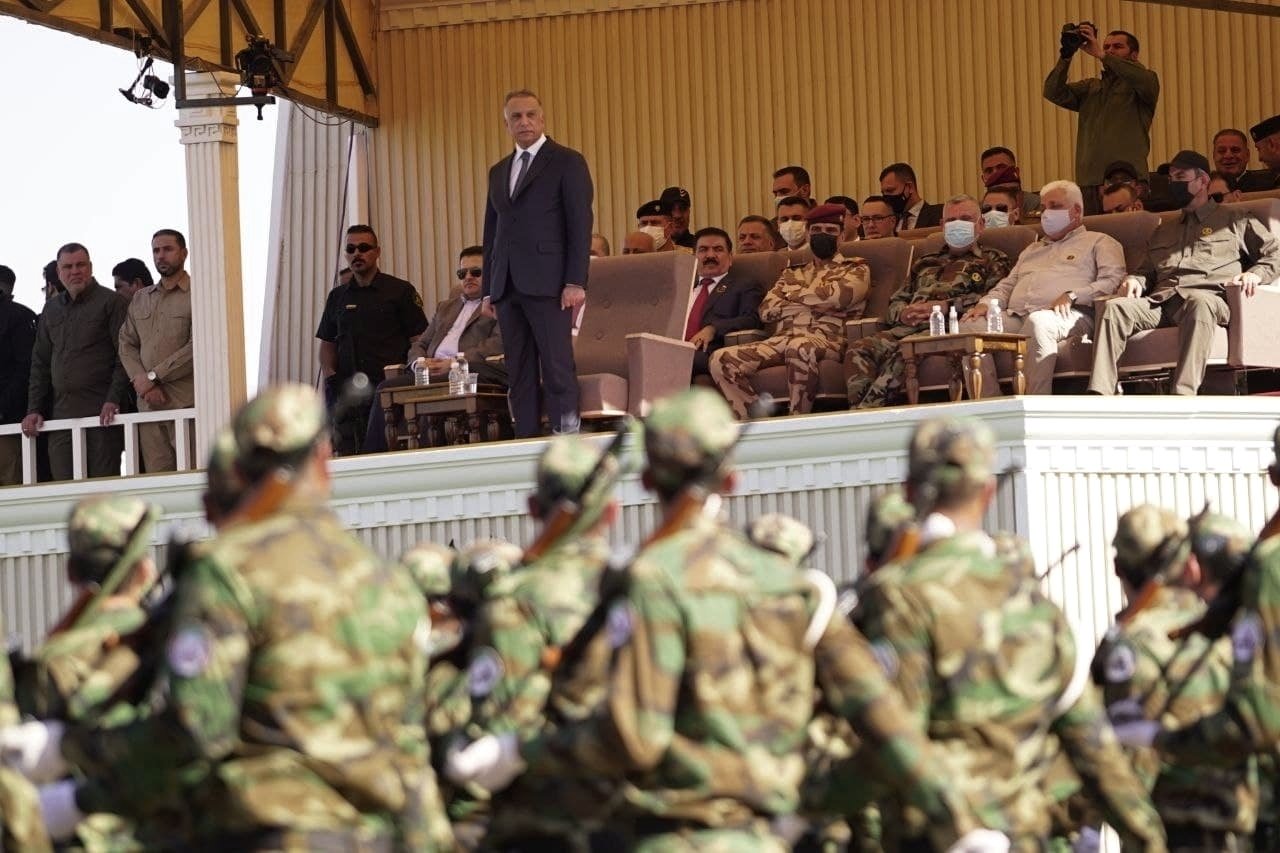 Baghdad says the Iraqi forces are capable of defending their own country and that the U.S. combat troops in Iraq as part of the fight against Daesh are no longer needed

Iraqi Prime Minister Mustafa al-Kadhimi says his country no longer needs the U.S. combat troops to fight the Daesh terrorist group, but a formal time frame for their redeployment will depend on the outcome of talks with U.S. officials this week in Washington.

Premier al-Kadhimi said Iraq will still ask for U.S. training and military intelligence gathering. His comments came in an exclusive interview with The Associated Press (AP) ahead of a planned trip to Washington, where he's slated to meet with President Joe Biden on Monday for a fourth round of strategic talks.

"There is no need for any foreign combat forces on Iraqi soil,” said al-Kadhimi, falling short of announcing a deadline for a U.S. troop departure. Iraq’s security forces and army are capable of defending the country without U.S.-led coalition troops, he said. But al-Kadhimi said any withdrawal schedule would be based on the needs of Iraqi forces, who have shown themselves capable in the last year of conducting independent anti-Daesh missions.

"The war against Daesh and the readiness of our forces require a special timetable, and this depends on the negotiations that we will conduct in Washington,” he said.

The U.S. and Iraq agreed in April that the U.S. transition to a train-and-advise mission meant the U.S. combat role would end but they didn't settle on a timetable for completing that transition. In Monday’s meeting at the White House, the two leaders are expected to specify a timeline, possibly by the end of this year. The U.S. troop presence has stood at about 2,500 since late last year when former President Donald Trump ordered a reduction from 3,000.

The U.S. mission of training and advising Iraqi forces has its most recent origins in former President Barack Obama’s decision in 2014 to send troops back to Iraq. The move was made in response to the Daesh group's takeover of large portions of western and northern Iraq and a collapse of Iraqi security forces that appeared to threaten Baghdad. Obama had fully withdrawn U.S. forces from Iraq in 2011, eight years after the U.S. invasion.

"What we want from the U.S. presence in Iraq is to support our forces in training and developing their efficiency and capabilities, and in security cooperation,” al-Kadhimi said.

The Washington trip comes as the premier’s administration has faced one setback after another, seriously undermining public confidence. Ongoing missile attacks by militia groups have underscored the limits of the state to prevent them and a series of devastating hospital fires amid soaring coronavirus cases have left dozens dead. Meanwhile, early federal elections, in line with a promise al-Kadhimi made when he assumed office, are less than three months away.

Chief on the agenda in Washington, however, is the future of American-led coalition forces in Iraq. Iraq declared victory over Daesh in late 2017 after a ruinous and bloody war. The continued presence of American troops has become a polarizing issue among Iraq’s political class since the U.S.-directed drone strike that killed powerful Iranian general Qassim Soleimani and Iraqi militia commander Abu Mahdi al-Muhandis on Iraqi soil last year.

To quell the threat of widespread instability following the targeted killings, the U.S. and Iraq have held at least three rounds of strategic talks centering on Iraq’s military needs in the ongoing fight against Daesh and to formalize a timeline for withdrawal. Four years since their territorial defeat, Daesh militants are still able to launch attacks in the capital and roam the country’s rugged northern region. Last week, a suicide bomber killed 30 people in a busy Baghdad marketplace. That attack was later claimed by Daesh.

Al-Kadhimi has faced significant pressure from mainly Shiite political parties to announce a timeline for a U.S. troop withdrawal. Ongoing rocket and, more recently, drone attacks targeting the American military presence have also heaped pressure on the government. They are widely believed to be perpetrated by Iran-aligned Iraqi militia groups.

An announcement that combat troops will withdraw might serve to placate Shiite parties but will have little impact on the ground: The coalition’s combat mission ended effectively in November when the Pentagon reduced U.S. troops in the country to 2,500, according to Foreign Minister Fuad Hussein. Shiite parties have said they do not object to trainers or advisors who may remain as part of the coalition.

U.S. and coalition officials have maintained that U.S. troops are no longer accompanying Iraqi forces on ground missions and that coalition assistance is limited to intelligence gathering and surveillance and the deployment of advanced military technologies. Iraqi military officials have stressed they still need this support going forward.

"Iraq has a set of American weapons that need maintenance and training. We will ask the American side to continue to support our forces and develop our capabilities,” al-Kadhimi said.

Al-Kadhimi assumed power as a consensus candidate following months of political jockeying between rival parliamentary blocs. The blocs were firebrand cleric Muqtada al-Sadr’s coalition on one side and paramilitary commander and former minister Hadi al-Ameri’s Fatah group on the other.

Al-Kadhimi presented himself as a champion of protester demands and set a lofty agenda: He promised to hold early elections, now scheduled for Oct. 10, and to bring to account the killers of activists, including whoever killed prominent commentator Hisham al-Hashimi outside his home last summer. The arrest of an Interior Ministry employee in the shooting death of al-Hashimi fell short, many said, because it did not reveal which group ordered the killing. Critics say al-Kadhimi has not gone far enough. This is partly because the very conditions that facilitated his rise to the premiership have also served as his chief limitation in parliament.

Political opposition watered down ambitious economic reforms that targeted Iraq’s bloated public sector when the country faced a disastrous financial crisis after falling oil prices. Without a party backing him in parliament, and with rival parties vying to control ministries and other state institutions, al-Kadhimi’s government has appeared weak.

Repeated standoffs with Iran-backed militia groups following the arrests of militiamen suspected of launching attacks against the U.S. Embassy and U.S. troops have further tarnished the government’s credibility.

Activists whose cries for elections once resonated in the squares of the capital now say they will boycott the October polls, distrustful that the political establishment could ever produce free and fair elections.

A U.N. monitoring mission has been established in hopes of boosting voter turnout. But protesters have taken to the streets recently and expressed outrage over the rise in killings of prominent activists and journalists. Even al-Kadhimi conceded certain forces were actively seeking to undermine the polls."We are in a sensitive situation. We need to calm the political situation until we reach the elections," he said.

Al-Kadhimi has managed to prove his mettle in one arena: That of regional mediator. Iraq’s friendly relations with Saudi Arabia and Iran have brought both regional foes to the negotiation table for at least two rounds of talks in Baghdad."Iraq has succeeded in gaining the trust of these countries, and accordingly, it is working toward the stability of the region.”