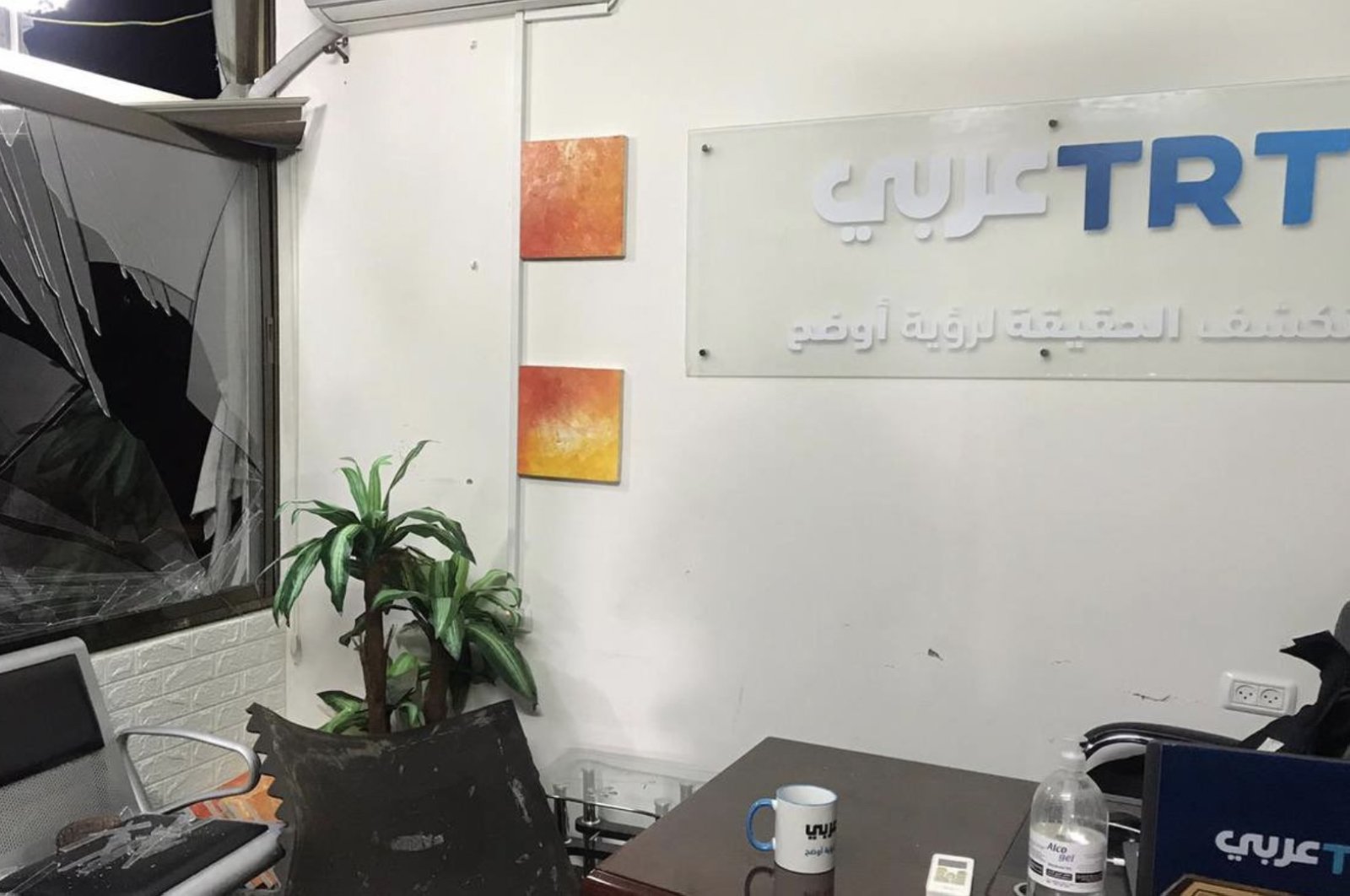 This photo shared by TRT Arabi input manager Oğuz Eser shows the damaged windows of the TRT office in Gaza after Israeli warplanes' airstrikes on May 13, 2021 (Photo taken from Twitter / Oğuz Eser)
by Daily Sabah May 13, 2021 2:15 am
RECOMMENDED

Airstrikes by Israeli warplanes were streamed live as the TV channel was broadcasting.