Israel launches artillery towards Lebanon in response to rocket fire 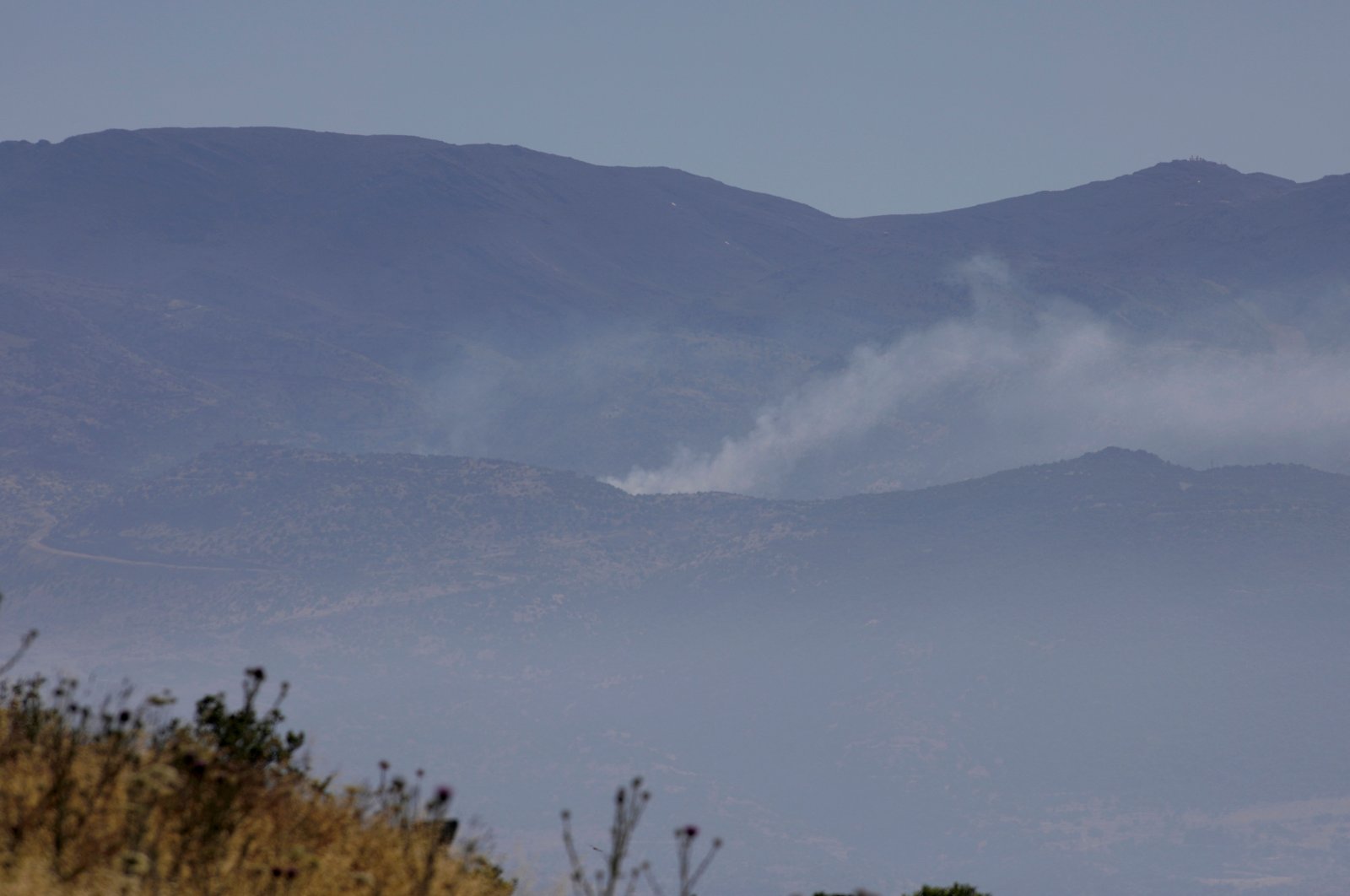 Smoke billows from the southern Lebanese border village of Kfar Shuba in this photo taken from the northern Israeli Kibbutz of Misgav Am, Israel, May 18, 2021. (AFP Photo)
by Agencies May 19, 2021 5:54 pm
RECOMMENDED

Four rockets were fired on Wednesday from southern Lebanon towards Israel, in the third such attack in less than a week, a Lebanese military source told Agence France-Presse (AFP).

The rockets were fired from near the village of Seddiqine in the district of Tyre, the source said, without specifying who was responsible. The Israeli army confirmed the attack, saying it retaliated with artillery fire.

"Four rockets were fired from Lebanon into Israeli territory" and Israel's air defenses intercepted one while the rest "likely fell in open areas," it said in a statement. "In response, IDF artillery are striking a number of targets in Lebanese territory," it said.

There were no immediate reports of any casualties. It is the third time rockets have been launched from Lebanese territory towards Israel since hostilities flared between Tel Aviv and Hamas resistance group in the Gaza Strip last week.

On Monday evening, rockets were fired from the Shebaa farms area in south Lebanon towards Israel but failed to fly over the border. The Israeli army responded with artillery fire.

Last Thursday, three rockets were fired from near the Palestinian refugee camp of Rashidiyeh toward Israel. Israel's army said the rockets fell into the sea. Sources close to Hezbollah, Israel's arch-enemy in Lebanon, were quick to deny any involvement in either attack.

The rocket strikes come amid tensions along the Lebanese-Israeli frontier which has seen daily demonstrations in the past week to denounce Israel's deadly Gaza campaign.

Israel's massive bombardment of Gaza began on May 10 after Israeli police assaulted Palestinians at the flashpoint Al-Aqsa Mosque compound, Islam's third holiest site. At least 221 people have died so far, including 63 children. The number of people who have been displaced by Israel's ongoing offensive on the Gaza Strip has soared to over 58,000, the U.N. said Tuesday.

Palestinian President Mahmoud Abbas said Wednesday that Israel is carrying out "organized state terrorism and war crimes” in the Gaza Strip, , adding that Tel Aviv's offensive campaign is punishable under international law. In a televised address Wednesday, he said the Palestinians "will not hesitate to pursue those who commit such crimes in front of international courts.”

Abbas, who is the head of the internationally backed Palestinian Authority (PA), whose forces were driven from Gaza when Hamas came into power in 2007, accused Israel of "brutal attacks on civilians and deliberate bombardment of homes,” as the Associated Press (AP) reported.