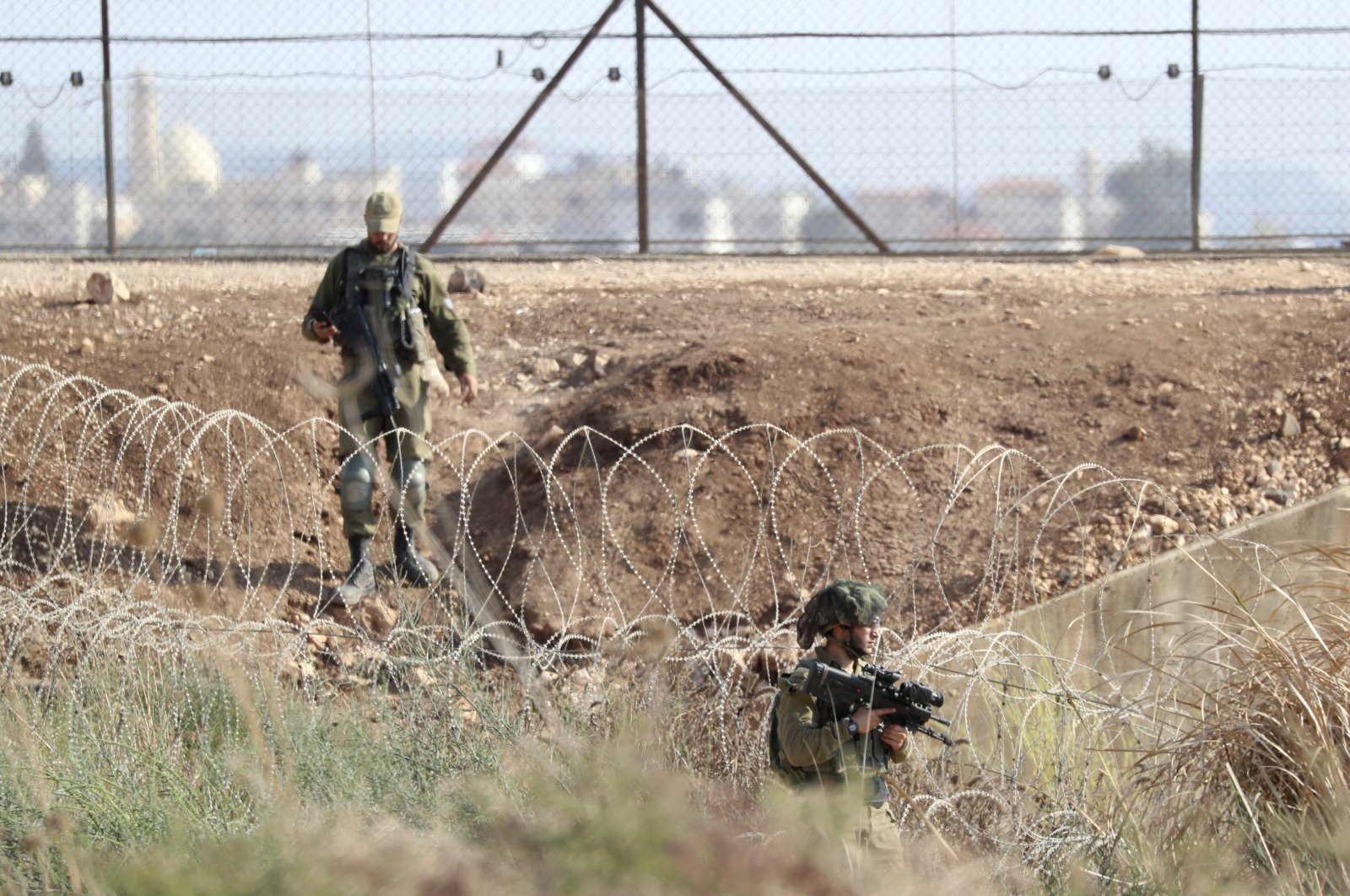 Israeli soldiers take positions along the border as they search for two Palestinians who broke out of a maximum-security prison last week, on a road leading to the West Bank town of Jenin, near Gan Ner, Israel, Sept. 12, 2021. (AP Photo)
by Daily Sabah with AP Sep 22, 2021 9:51 am
RECOMMENDED

Israel on Wednesday reopened a crossing with the occupied West Bank for the first time since six prisoners tunneled out of a nearby Israeli prison, a rare escape that triggered a massive search before they were all recaptured.

The Israeli military body that oversees civilian affairs in the West Bank said the Jalameh crossing into the northern West Bank would be open for the first time since Sept. 6, when the prisoners escaped.

Six prisoners tunneled out of Gilboa prison in northern Israel through a shaft in the floor of their bathroom in the biggest jailbreak of its kind in decades. They later split up into groups of two, and the final pair were apprehended over the weekend in the occupied West Bank town of Jenin.

The incident marked an embarrassing security breach for Israel and sparked a massive manhunt in northern Israel and the occupied West Bank. Lawyers for two of the prisoners said they were beaten during their arrest. Palestinians consider prisoners held by Israel to be heroes of their national cause, and many celebrated the escape on social media.

According to the Palestinian Chronicle news site, one of the inmates Zakaria Zubeidi was transferred to the hospital after suffering brutal, inhumane beatings at the hands of Israeli officers during his arrest. A spokesperson for the Palestinian Detainees Affairs Commission, Hasan Abed Rabbo told the Palestinian official news agency WAFA that 46-year-old Zubeidi suffered extreme injuries to his face and was moved to Rambam Medical Center in Haifa for medical observation.

Rabbo said earlier in September that Israel restricted the commission's attorneys from visiting four detainees whose health conditions remain unclear. Several activists and human rights advocates called on the International Committee of the Red Cross (ICRC) to push Israel to allow coordinated visits to the four Palestinians in Israeli detention.