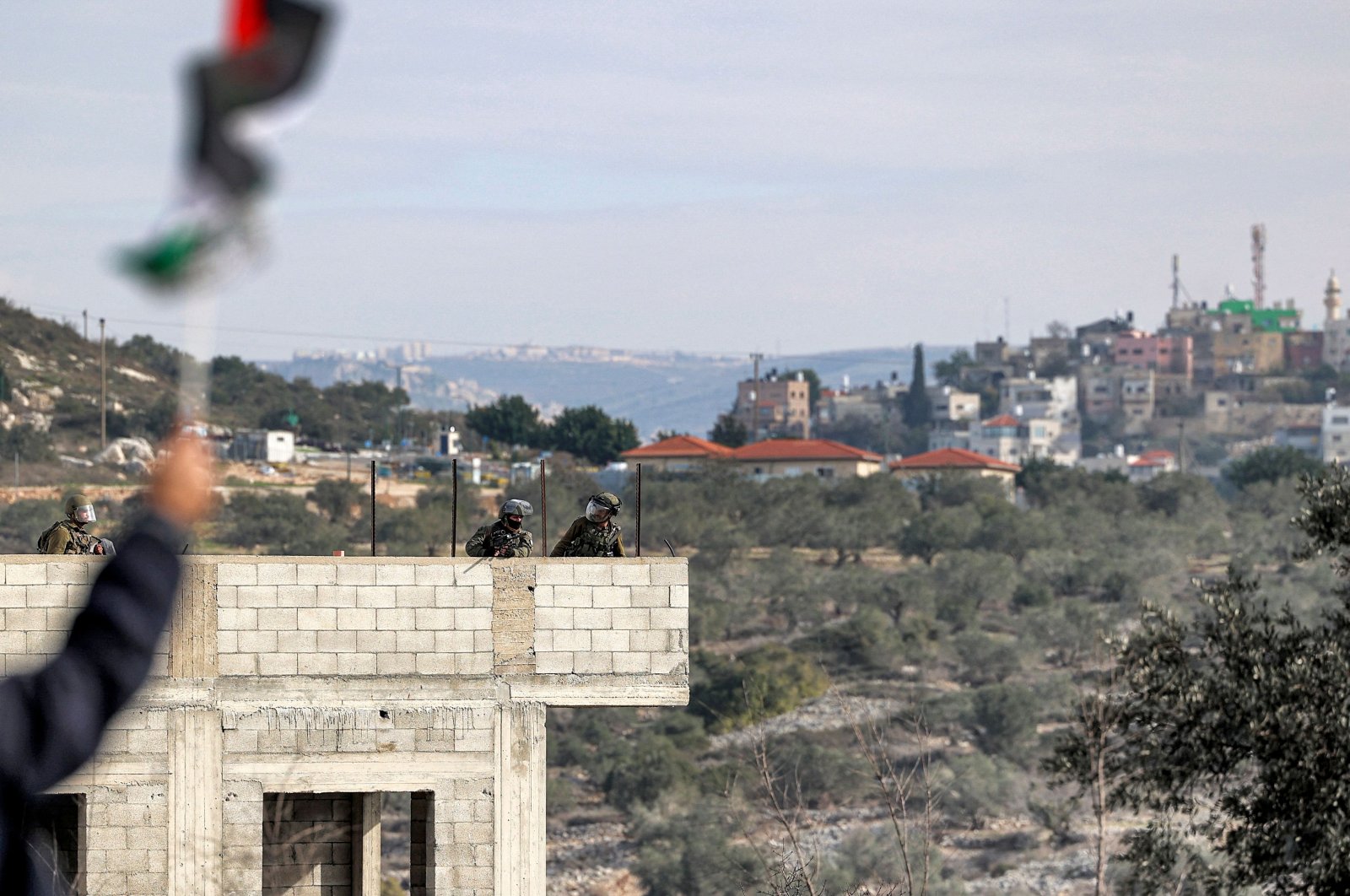 Israeli security forces take position on the roof of a building under construction during clashes with Palestinian protesters in the village of Kfar Qaddum near the settlement of Kedumim in the West Bank, occupied Palestine, Dec. 31, 2021. (AFP Photo)
by Anadolu Agency Jan 06, 2022 9:14 am

A young Palestinian lost his life following an armed clash at a refugee camp in the north of the occupied West Bank early Thursday.

He stated that Palestinian resistance fighters responded with arms fire and Bakir Hashash, 21, was shot in the head in the conflict that followed.

After being taken to Rafidia Surgical Hospital, the young Palestinian succumbed to his wounds despite all efforts.

The Israeli forces detained another Palestinian while retreating from the camp, Virde added.

The Israeli army frequently carries out wide-ranging arrest campaigns across the occupied West Bank and East Jerusalem under the pretext of searching for "wanted” Palestinians.

In response to the Israeli raids, Palestinian youths often hurl stones or Molotov cocktails, and the Israeli army uses metal bullets and tear gas canisters to disperse them.

Israel has occupied the territory since the Six-Day War of 1967. Excluding annexed East Jerusalem, some 475,000 Israelis live in settlements in the West Bank regarded as illegal under international law alongside more than 2.8 million Palestinians.