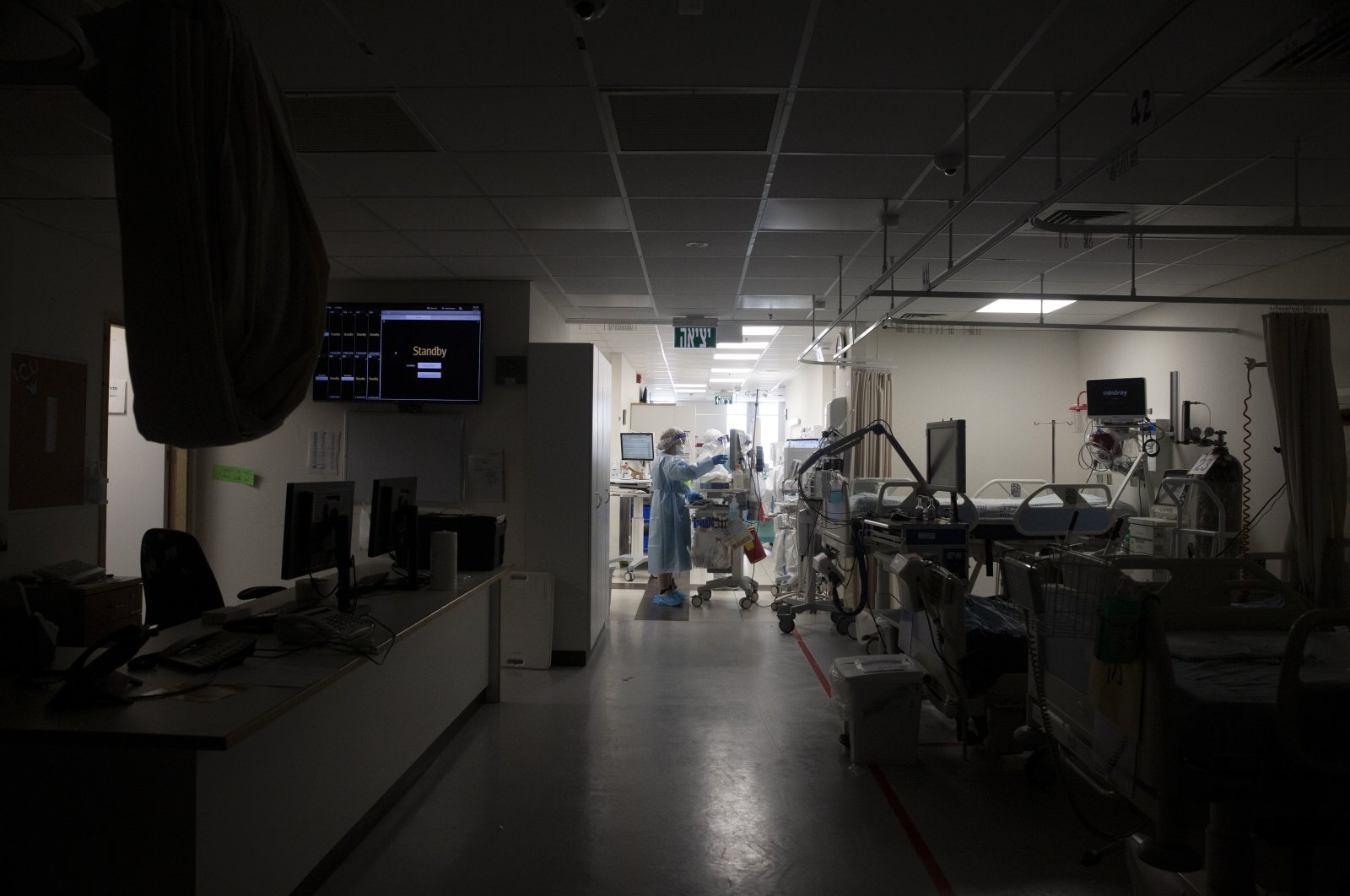 Israel has long been a world leader in the COVID-19 vaccination efforts. However, the country now sees a record number of infections and Tel Aviv faces criticism over its momentary rush to drop restrictive measures in a wake of the sweeping delta variant

Just months ago Israel had been praised for its inoculation drive which saw millions of people receiving COVID-19 shots with enormous speed making it one of the most vaccinated countries in the world. Authorities eased restrictions, opting for the new model that Tel Aviv called "living with coronavirus."

But it's no longer the time to celebrate – Israel has seen a massive surge in COVID-19 cases as the hyper-transmissible delta variant has struck the country hard. Health specialists are increasingly worried over public health as even large numbers of fully vaccinated citizens have been tested positive for the deadly virus.

Earlier in June, the country registered zero new COVID-19 cases for several days. This success occurred just half a year after Israeli authorities announced the start of the national vaccination campaign, which led to Israel reaching the top of the highest vaccination rates in the world.

As nearly 60% of its population of 9.3 million has received two doses of the vaccine produced by American drug firm Pfizer and its German partner BioNTech, Israel relaxed all restrictions proclaiming mask-free venues and sending its citizens back to crowded parties, restaurants, cafes and other public places.

While Israeli authorities have been imagining a bright future, the more contagious delta variant rapidly spread across the country to the point where the Middle East nation's most recent daily infections toll reached the highest level since January. Israel's Health Ministry announced a record number of cases of COVID-19 on Thursday, with 11,187 new infections in the past day. The previous high came on Jan. 18, with 10,118 cases. The country has recorded 7,090 deaths from coronavirus since the start of the pandemic.

Amid the recent COVID-19 situation in the country, Israel, which often topped lists from Oxford University-based "Our World in Data" for most vaccinated nations, now is leading in another category as the nation with the world's highest one-week rolling average of new daily infections per million people. According to the Times of Israel, some 716 people have been hospitalized, including 159 on ventilators.

"This is a very clear warning sign for the rest of the world," chief innovation officer at Clalit Health Services (CHS), Ran Balicer, told magazine Science in an interview. "If it can happen here, it can probably happen everywhere."

There have been many deadly circumstances that have put Israel on the brink of an abyss, most of which can be summed up by words of Hagai Levine, a professor of epidemiology at the Hebrew University of Jerusalem, who said, "we are still in the midst of a pandemic, and there is no silver bullet."

“All the vectors have influenced the rise in morbidity,” he told The Daily Beast news website.

The rise in cases has been triggered by the extremely infectious delta variant. It has been spread across the country by the Israelis returning from foreign vacations during the weeks Israel eased all precaution measures.

Israeli Prime Minister Naftali Bennett, a critic of the cycle of lockdowns implemented by his predecessor Benjamin Netanyahu, has maintained that the surge can be controlled through inoculation and protective measures such as masks. His government has encouraged all residents aged 12 and above to get the third jab.

Several measures have since been reimposed, including indoor mask-wearing, limits on gatherings and the need to present proof of vaccination for entry to certain facilities. Bennett has said that the rollout of the booster shot program was showing results, notably by restricting the rise in hospitalizations.

Despite the double-digit rise in infections, Israel reopened its schools Wednesday after the summer break, but the pandemic forced many students to stay home. Of the 2.4 million children due to attend educational institutions from kindergarten to high school, 250,000 were kept home on the first day of school, said the education ministry.

Some 90,000 of them were infected with COVID-19 or in quarantine, a ministry spokesperson told Agence France-Presse (AFP). Another 150,000 were either in cities with high virus rates or enrolled in classes that did not open due to low vaccination rates.

Israel has been offering vaccines to those aged 12 and up, and has refrained from opening high school classrooms where fewer than 70% of pupils are vaccinated.

"We learned this year that there is another important thing," Bennet said at a school in the southern city of Yeruham. "And that is livelihood – to make sure that all the people of Israel can work and earn a decent living, even during the coronavirus because it is a sacred thing."

Before Wednesday's school reopening, Israeli conducted hundreds of thousands of serological tests on children under 12 to determine if they had developed antibody protection after contracting COVID-19. The government also distributed millions of antibody tests for pupils to take at home before the first day of school.

Israel’s official government watchdog on Tuesday criticized Netanyahu's handling of the coronavirus crisis, finding shortcomings in his administration's decision-making and a failure to implement safety restrictions. The state comptroller’s report said Netanyahu's government did not adequately learn from its mistakes after the country’s first wave of infections in early 2020. It also said the administration did not properly address the pandemic’s impact on education, the economy and social welfare until June, three months after it began.

The report found "failings in the process of making decisions and executing them” and said the government and its advisory coronavirus cabinet did not properly oversee Netanyahu's decisions. Netanyahu, who was ousted from office after 12 years in power following the country’s fourth consecutive parliamentary election on March 23, had touted his government’s effective handling of the coronavirus pandemic on the campaign trail. In particular, he focused on his success in obtaining vaccines to make Israel one of the first countries to inoculate its population.

Now head of the opposition, Netanyahu has vocally criticized his successor – Bennett – for his handling of the fourth wave of infections that has rocked the country in the past month. Bennett’s government, made up of a wide spectrum of parties united in their opposition to Netanyahu, took office on June 13. State Comptroller Matanyahu Englman's report did not examine the new government's actions, but he said its lessons should be learned.

"This criticism is more relevant than ever and raised significant shortcomings,” wrote Englman, a Netanyahu appointee. "We are currently in a fourth wave, and there is importance in fixing shortcomings immediately.”

The report also found major faults in the government’s policies concerning arrivals at Israel’s main international airport. It said that sending 96% of people entering the country into home quarantine was highly ineffective at halting the arrival of new infections due to poor enforcement and a lack of adherence to the rules.