Israel's Netanyahu lashes out at opponents as his reign nears end 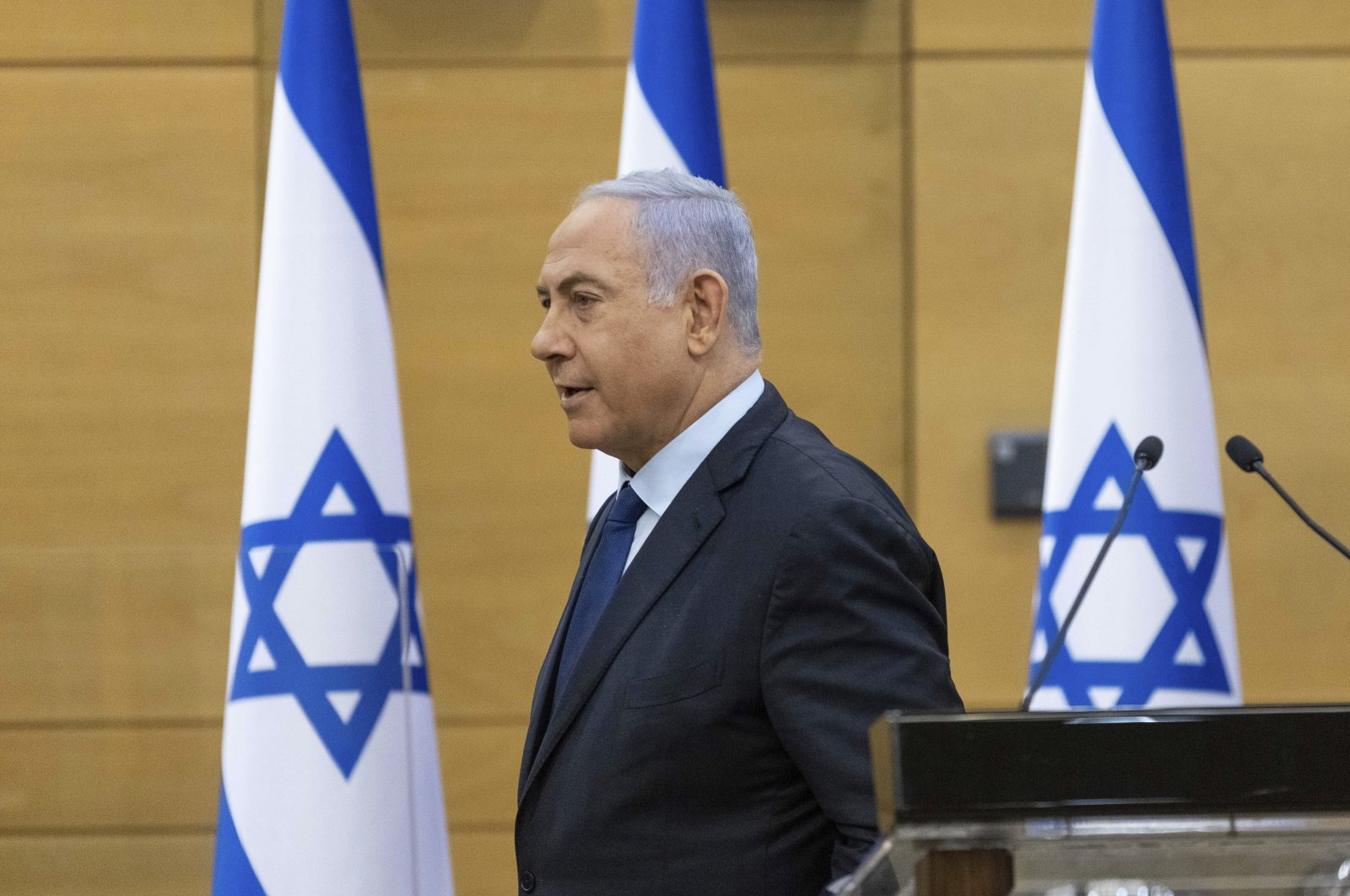 Israeli Prime Minister Benjamin Netanyahu lashed out at its opponents in what appear to be the final days of his historic 12-year rule as the country's leader refuses to leave the political stage quietly.

The longtime leader is accusing his opponents of betraying their voters, and some have needed special security protection. Netanyahu says he is the victim of a "deep state” conspiracy. He speaks in apocalyptic terms when talking about the country without his leadership.

"They are uprooting the good and replacing it with the bad and dangerous,” Netanyahu told the conservative Channel 20 TV station this week. "I fear for the destiny of the nation.”

Such language has made for tense days as Netanyahu and his loyalists make a final desperate push to try to prevent a new government from taking office on Sunday. With his options running out, it has also provided a preview of Netanyahu as opposition leader.

For those who have watched Netanyahu dominate Israeli politics for much of the past quarter century, his recent behavior is familiar. He frequently describes threats both large and small in stark terms. He has belittled his rivals and thrived by using divide-and-conquer tactics. He paints his Jewish opponents as weak, self-hating "leftists,” and Arab politicians as a potential fifth column of terrorist sympathizers. He routinely presents himself in grandiose terms as the only person capable of leading the country through its never-ending security challenges. "Under his term, identity politics are at an all-time high,” said Yohanan Plesner, president of the Israel Democracy Institute, a non-partisan think tank.

It is a formula that has served Netanyahu well. He has led the right-wing Likud party with an iron fist for over 15 years, racking up a string of electoral victories that earned him the nickname, "King Bibi.” He fended off pressure by U.S. President Barack Obama to make concessions to the Palestinians and publicly defied him in 2015 by delivering a speech in Congress against the U.S.-led nuclear agreement with Iran.

Although Netanyahu was unable to block the deal, he was richly rewarded by President Donald Trump, who recognized contested Jerusalem as Israel’s capital, pulled out of the nuclear agreement and helped broker historic diplomatic pacts between Israel and four Arab nations.

Netanyahu has waged what appears to be a highly successful shadow war against Iran while keeping Israel’s longstanding conflict with the Palestinians at a slow boil, with the exception of three brief wars with resistance group Hamas. The situation with the Palestinians today is "remarkably the same” as when Netanyahu took office, Plesner said. "No major changes in either direction, no annexation and no diplomatic breakthroughs.” But some of Netanyahu’s tactics now appear to be coming back to haunt him.

The new Biden administration has been cool to the Israeli leader, while Netanyahu’s close relationship with Trump has alienated large segments of the Democratic Party. At home, Netanyahu’s magic also has dissipated - in large part due to his trial on corruption charges. He has lashed out at an ever-growing list of perceived enemies: the media, the judiciary, police, centrists, leftists and even hard-line nationalists who were once close allies. In four consecutive elections since 2019, the once-invincible Netanyahu was unable to secure a parliamentary majority.

Facing the unappealing possibility of a fifth consecutive election, eight parties managed to assemble a majority coalition that is set to take office on Sunday. Israeli politics are usually split between dovish, left-wing parties that seek a negotiated agreement with the Palestinians, and religious and nationalist parties – long led by Netanyahu – that oppose Palestinian independence. If any of the recent elections had centered on the conflict, then right-wing parties alone would have formed a strong, stable majority.

But the Palestinians hardly came up – another legacy of Netanyahu, who has pushed the issue to the sidelines. Instead, all anyone seemed to talk about was Netanyahu's personality and his legal troubles, which proved to be deeply polarizing. The incoming government includes three small parties led by former Netanyahu aides who had bitter breakups with him, including the presumed prime minister, Naftali Bennett.

Bennett and his right-wing partners even broke a longstanding taboo on allying with Arab parties. A small Arab party, which Netanyahu had also courted, is to be the first to join a ruling coalition. Netanyahu and his followers in Likud have grown increasingly desperate. Initially, Netanyahu tried to lure some "defectors” from his former allies to prevent them from securing a parliamentary majority. When that failed, he resorted to language similar to that of his friend and benefactor Trump.

"We are witnesses to the greatest election fraud in the history of the country,” Netanyahu claimed at a Likud meeting this week. He has long dismissed the corruption trial as a "witch hunt” fueled by "fake news,” and in the TV interview he said he was being hounded by the "deep state.”

His supporters have held threatening rallies outside the homes of lawmakers joining the new government. Some of the parliamentarians say they and their families have received death threats, and one said she was recently followed by a mysterious car. Netanyahu’s ultra-Orthodox partners have meanwhile cast Bennett as a threat to their religion, with one even calling on him to remove his kippa, the skullcap worn by observant Jews.

Online incitement by Netanyahu’s followers has grown so bad that several members of the incoming government were assigned bodyguards or even moved to secret locations. Some Israelis have drawn comparisons to the tensions that led to the insurrection at the U.S. Capitol in January, while others have pointed to the incitement ahead of the assassination of Israeli Prime Minister Yitzhak Rabin in 1995.

In a rare public statement, Nadav Argaman, the head of the Shin Bet internal security agency, recently warned of a "serious rise and radicalization in violent and inciting discourse" on social media that he said could lead to violence. Netanyahu has condemned the incitement while noting that he too has been a target.

Late Thursday, Netanyahu’s Likud Party issued a statement on Twitter in English saying his fraud comments were not directed at the vote counting process and that he has "full confidence” in it. "There is also no question about the peaceful transition of power,” it said.

Gayil Talshir, a political scientist at Hebrew University, said she expects the coming months to remain volatile. "We’re going to see a very assertive and aggressive head of the opposition, meaning Netanyahu, determined to make sure that this coalition of change would be a short-lived one and that we will have another election as soon as possible,” she added. "We don’t have even a memory of what normal politics looks like,” Talshir said.