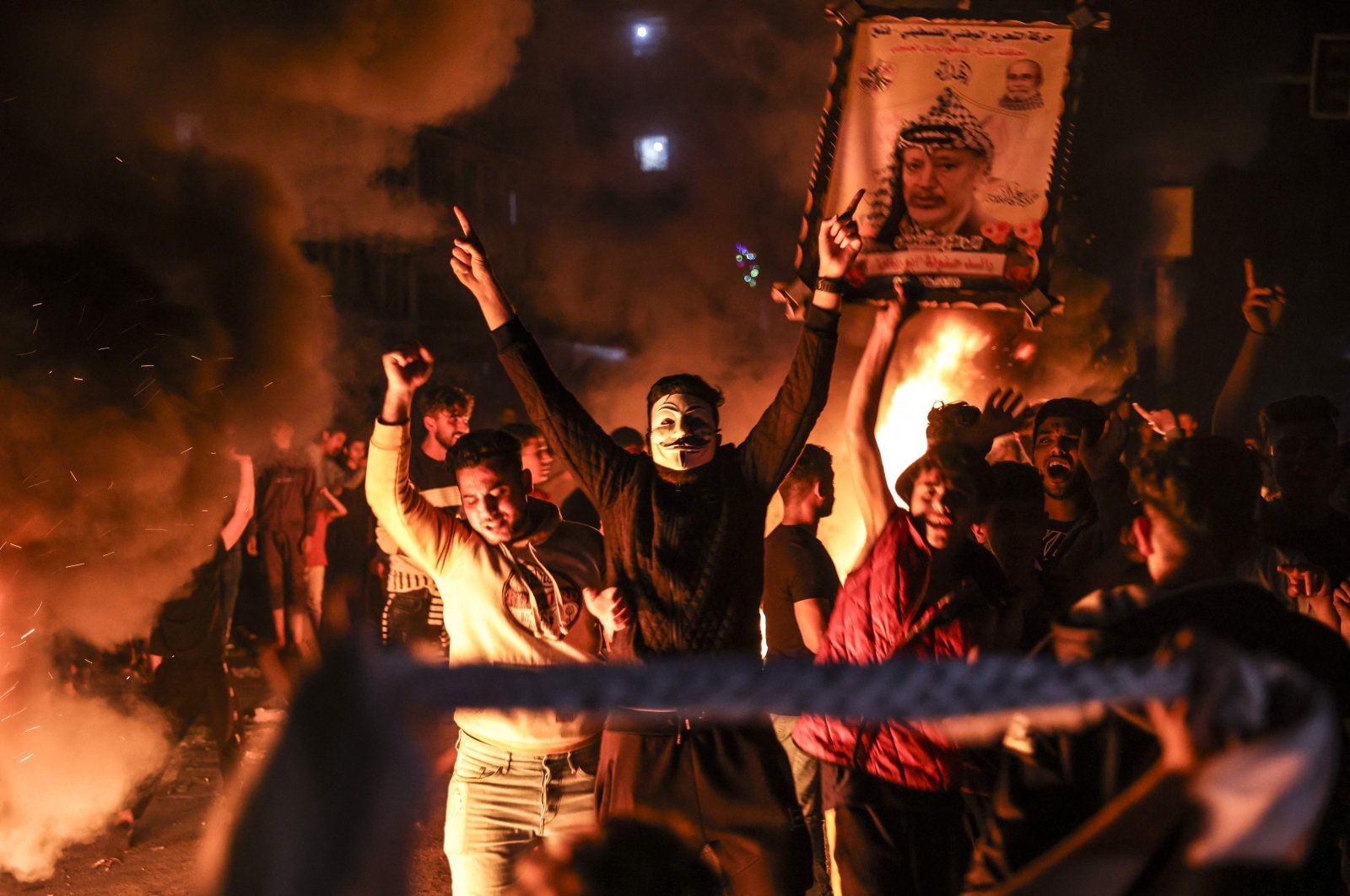 New agitators that include Gaza militants and Jewish Israeli extremists are inserting themselves into tensions in Jerusalem, which have long been the realm of disagreements between Israelis and Palestinians that have each made claims over the territory.

The unrest has been characterized by nightly clashes between Palestinian youths and Jerusalem police outside the walls of Jerusalem's Old City.

Over the weekend, anti-Arab Israeli extremists, apparently emboldened by the election of their allies to parliament, entered the fray with a far-right march calling for violence against Arabs.

Palestinian militants in the Gaza Strip fired an intense barrage of rockets into southern Israel with rocket fire. And political posturing by Israeli and Palestinian leaders has added to the tense atmosphere.

Here is a closer look at what’s at stake:

Israel captured East Jerusalem, along with the West Bank and Gaza Strip, in the 1967 Six-Day War. The Palestinians claim all three areas for a future independent state, with East Jerusalem as their capital. Israel annexed East Jerusalem after the war and views the entire city as its unified capital.

The fate of Jerusalem and its holy sites is one of the most explosive issues in the conflict, and the city has seen many waves of violence over the years.

The second Palestinian uprising in the early 2000s and a 50-day conflict between Israel and Gaza’s Hamas rulers both were both rooted in Jerusalem tensions. When the U.S. moved its embassy to Jerusalem in 2018, nearly 60 Palestinians were killed by Israeli fire that day in a violent protest along Gaza's frontier with Israel.

The immediate spark for the current round of unrest was Israel's decision to barricade a plaza outside of Jerusalem's Old City during the holy month of Ramadan, which prevented thousands of Palestinians from praying at the Al-Aqsa Mosque. Palestinians traditionally gather at the spot each evening after prayers and a daylong fast.

Angry that their popular gathering spot was taken away, hundreds of young Palestinian men have taken to the streets each evening. Crowds have hurled stones, firebombs and other objects at police, while officers have used stun grenades and water cannons to disperse them. Dozens of people have been hurt.

The crackdown has touched on Palestinian fears that Israel is trying to deepen its control over East Jerusalem. In recent weeks, for instance, Palestinians and rights groups have held demonstrations against legal maneuvers by Jewish settler groups to take over properties and expel residents from their homes.

"All we wanted to do is to be able to sit on the stairs of Damascus Gate at night to drink coffee or tea,” said Rami, a 24-year-old resident who asked that his last name be withheld because he feared arrest.

"It’s a tradition for Old City residents to go outside for refreshments. My father used to sit on the stairs of Damascus Gate before me,” he said. "What police are trying to do is simply erase our identity.”

It said the march was a response to TikTok videos showing Palestinians slapping religious Jews at random. Although police kept the sides apart, Lehava protesters chanted "Death to Arabs” and "Arabs Get Out.”

Early Saturday, Gaza militants responded by firing 36 rockets into Israel, the most intense barrage in over a year. Israel retaliated with a series of airstrikes on Hamas targets, raising the risk of further escalation.

With the Palestinians scheduled to hold elections next month, both President Mahmoud Abbas and his Hamas rivals have tried to portray themselves as defenders of Jerusalem.

Abbas is threatening to postpone the election unless Israel allows Palestinians in East Jerusalem to vote. It has not announced its position but appears unlikely to cave in. That could give Abbas, whose Fatah party is expected to do poorly in the vote, a pretext to cancel the vote. But it could also heighten tensions in Jerusalem.

While Hamas is not believed to be directly involved in the latest rocket fire, the group has done little to stop it – and may be tacitly encouraging it – as a message of solidarity with Palestinians in the holy city.

Prime Minister Benjamin Netanyahu, meanwhile, is desperately trying to hold on to power after Israeli elections last month ended in deadlock for a fourth consecutive time.

Netanyahu has courted the support of "Religious Zionism,” a far-right party with loose ties to Lehava. Netanyahu’s outreach to Religious Zionism appears to have emboldened Lehava, long confined to the Israeli fringes, to demonstrate. With just over a week to form a new coalition, Netanyahu seems unlikely to rein in the group or its supporters.

"The question lurking in the background is to what extent has Netanyahu’s failure to form a coalition shaped the clashes and the government’s reaction,” commentator Nadav Eyal wrote in the Yediot Ahronot daily. "There are simply too many matches that might get lit.”

Over the past 24 hours, both Israel and Hamas have signaled they want to cool things down.

Late Saturday, rocket fire out of Gaza resumed, but at a much lower rate, with only four projectiles launched. Israel decided not to retaliate, and the rocket fire subsided.

At the same time, Netanyahu appealed for quiet in Jerusalem. "Right now we demand that the law be followed; I call on all sides to display calm,” he said.

The Palestinian protests in Jerusalem have been dominated by local residents and do not appear to have an organized leadership, so it is impossible to predict whether the clashes will end.

Israeli police, meanwhile, show no signs of backing down.

In an interview Sunday, Jerusalem police chief Doron Turjeman said the barricades near the Old City’s Damascus Gate were needed to prevent obstructions and allow the free movement of tens of thousands of worshippers to the nearby Al-Aqsa Mosque.

He said he had no intention of removing the fencing. "It won’t help,” he told the Kan public radio station. "In the current situation, it will only make it worse.”