Jordan's king, Prince Hamzah together for 1st time since rift 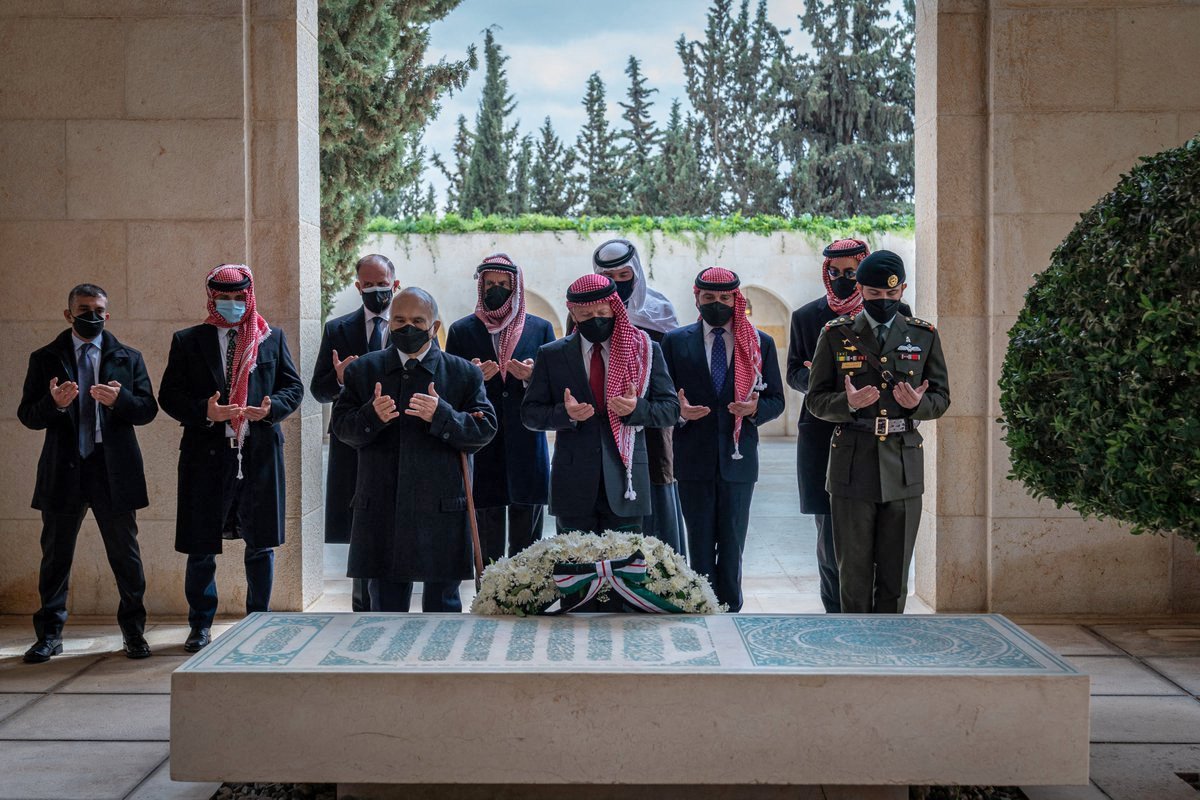 Jordanian King Abdullah II and his half brother Prince Hamzah, as well as the royal family, made their first joint public appearance Sunday since the crisis at the Jordanian palace last week, where they marked the centenary of the establishment of the Emirate of Transjordan, a British protectorate that preceded the kingdom.

The royal palace released a photo with King Abdullah II, Prince Hamzah, Crown Prince Hussein and other dignitaries at the grave of King Talal in Amman, Jordan's capital.

Hamzah was seen for the first time since he was placed under a form of house arrest amid accusations he was involved in a plot to destabilize the kingdom.

The king and prince had a rare public rift last week, with Abdullah II portraying it as an act of sedition involving his half-brother. At least 18 other people were detained in connection with the plot.

Jordanian authorities had accused Hamzah, the former crown prince, of involvement in a "malicious plot” along with two other senior officials. Hamzah denied the allegations.

Abdullah and Hamzah are both sons of the late King Hussein, who ruled for almost a half-century until his death in 1999.

Jordan has long been seen as a relatively stable Western ally in the Middle East in a turbulent region. But the past year has rocked the country’s largely tourism-dependent economy.