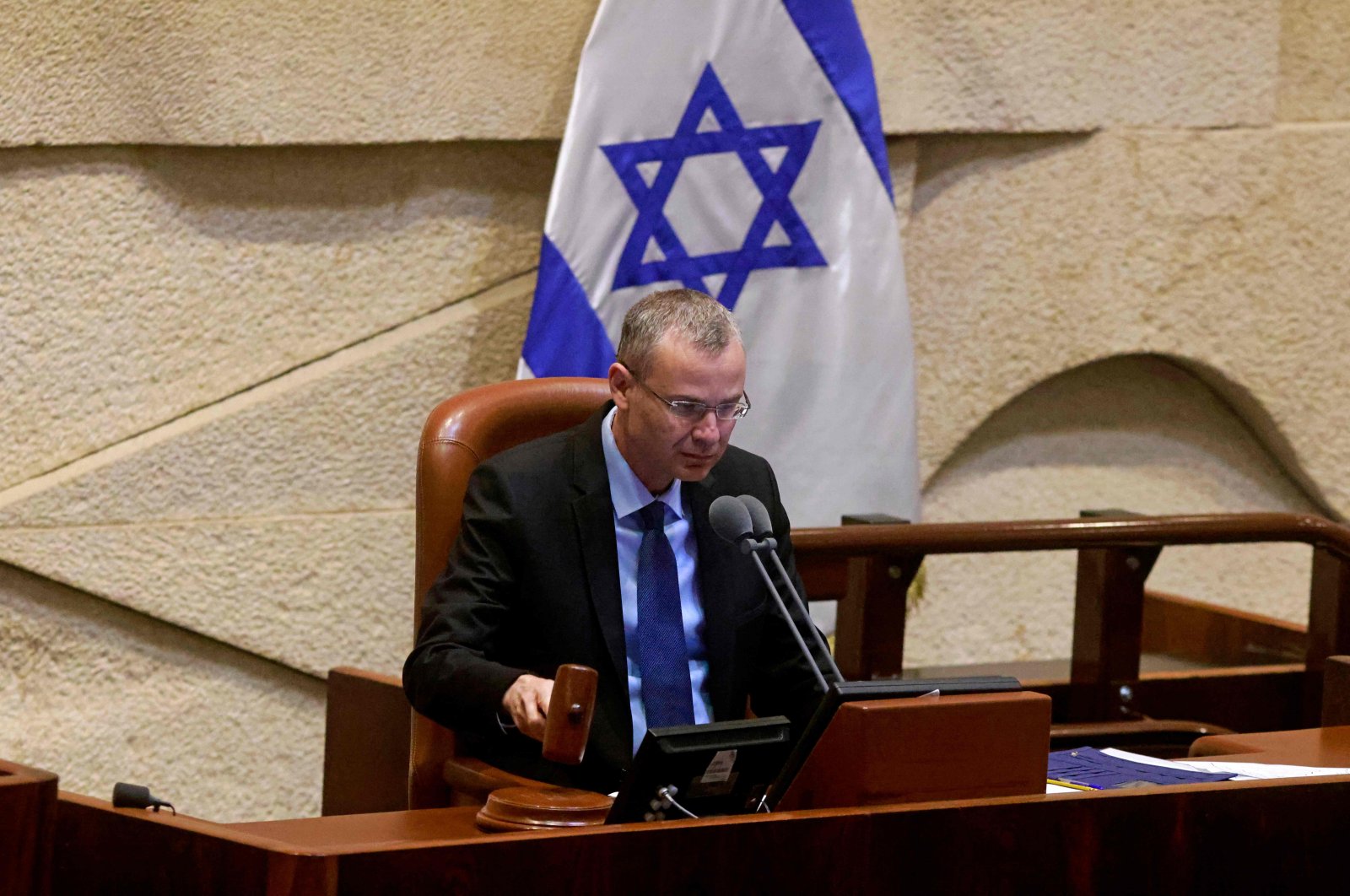 Israel could face another week of political suspense after its parliament speaker declined Monday to schedule a pivotal vote on a coalition aiming to oust veteran premier Benjamin Netanyahu after 12 straight years in power.

Politicians swapped bitter accusations of undermining the political process after Netanyahu accused his foes of "the greatest election fraud" in the history of democracy. Speaking after security services issued a rare warning against incitement online, centrist Yair Lapid said calls to "violence and incitement against Knesset members" are "against the very essence of the democratic process."

The architect of the fragile eight-party alliance seeking to oust Netanyahu added, "The past few days proved how much we need change."

But Lapid, a former television presenter, vowed that "this government will be formed."

"There's never anything 100% in Israeli politics, but this government has the best chance to make it happen," Lapid told journalists.

Members of the "change" coalition had hoped for a vote on Wednesday. But in formally introducing the potential new government to the Knesset, Speaker Yariv Levin, a Likud party member close to Netanyahu, simply said a confidence vote session would be held by June 14.

The political turmoil comes weeks after Israel's latest war in Gaza against the resistance group Hamas, which saw heavy exchanges of rocket fire and airstrikes. Hamas on Monday threatened a renewed escalation over a planned right-wing Israeli march through flashpoint areas of annexed East Jerusalem on Thursday. But organizers then said they had canceled the event after police refused to approve the route.

If Israel's legislature, the Knesset, approves the new coalition, it could spell the end of the rule of the veteran nicknamed Bibi who has utterly dominated Israeli politics. His right-wing rival Naftali Bennett, who has emerged as a kingmaker in the ideologically divided alliance, urged Netanyahu to "let go."

Netanyahu, 71, who faces corruption charges that could result in jail time, has doubled down on rhetoric aimed at torpedoing the nascent coalition. In a passionate speech to his right-wing Likud party supporters on Sunday, he decried the "violent machine" aligned against him and urged them to protest against the "dangerous left-wing government" in the making.

The anti-Netanyahu bloc includes three right-wing, two centrist and two left-wing parties – along with an Arab Israeli conservative party. Bennett – who would serve as Israel's premier for the next two years under the "change" coalition deal, before Lapid takes over – appealed to the Knesset speaker to schedule a vote as early as Wednesday.

Netanyahu has been trying to thwart the coalition by peeling off right-wing defectors uncomfortable working with left-wing and Arab lawmakers. Alarm has grown about angry rallies by Netanyahu supporters, including protests outside the homes of some Yamina lawmakers accusing them of "betrayal."

Security has been stepped up for some members of parliament (MP). The chief of Israel's Shin Bet internal security agency, Nadav Argaman, over the weekend issued a rare public warning against a "severe escalation in violent and inciting discourse" online.

A Shin Bet spokesperson told Agence France-Presse (AFP) the message intended to dampen the "general atmosphere," but anti-Netanyahu politicians interpreted it as a warning to the prime minister.

Netanyahu dismissed the warning, saying "there is a very thin line between political criticism and inciting violence," but condemned incitement of any kind. Yediot Aharonot, the country's most-read paper, said the "attempts to challenge and prevent the establishment of the new government have crossed every red line."

The political turmoil comes at a time of heightened Israeli-Palestinian tensions. Israeli police clashed again Sunday with protesters angered by looming expulsions of Palestinian families in an East Jerusalem neighborhood.

Parliament's security committee was to hold an emergency meeting Monday "in light of the unusual warning issued by the head of Shin Bet" as well as over calls in recent days from far-right figures for the march in East Jerusalem.

Right-wing organizations had argued their planned Israeli flag march Thursday would be a routine demonstration of free expression, but many critics fear an escalation amid already bubbling tensions.

"We hope the message is clear so that Thursday doesn't become (a new) May 10," he said, in reference to the start of the 11-day war. Israeli organizers said later Monday they had scrapped the rally after police had refused to authorize the route passing through East Jerusalem – though some politicians on the far-right said they would march anyway.