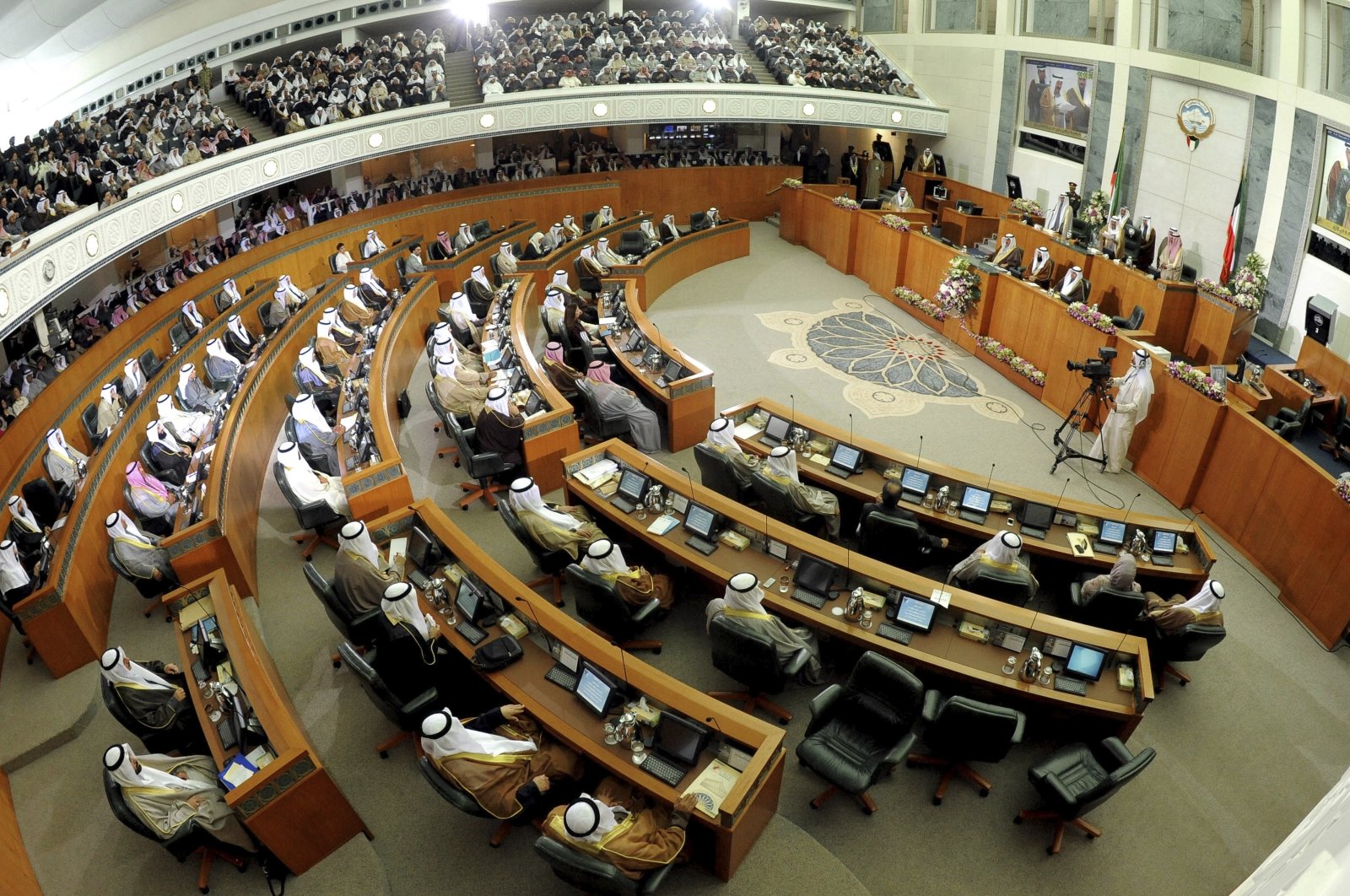 Kuwait's government took the oath of office in parliament Tuesday, state news agency KUNA said, after a monthslong standoff between the elected assembly and the appointed prime minister as the country tries to boost its finances.

Meanwhile, dozens of protesters and lawmakers gathered outside parliament before the session in a sign of lingering tensions.

Parliament's first session after a monthlong suspension ordered by the ruling emir is also due to discuss an amnesty bill pardoning people charged with storming parliament in 2011, including former parliamentarians in self-exile abroad.

After elections in December, a majority of lawmakers backed a motion to question Prime Minister Sheikh Sabah al-Khalid al-Sabah on various issues, including his choice of ministers.

The cabinet responded by resigning and Sheikh Sabah named a new cabinet this month.

The standoff posed the first big political challenge for Emir Sheikh Nawaf al-Ahmad al-Sabah, who assumed power in September. On Monday, he voiced hope that the session "sees fruitful cooperation ... far away from any tension."

Dahoum, who was among the protesters outside parliament before the session, was one of two members of parliament who this month filed a new request to question the premier.

Frequent rows and deadlocks between the cabinet and assembly have led to successive government reshuffles and dissolutions of parliament over decades, hampering investment and economic reform.

A government priority is to push through a debt law that would allow Kuwait to tap international markets to strengthen finances hit by low oil prices and the coronavirus pandemic.

Kuwait has the most vibrant political system among Gulf states, with a parliament able to block legislation and question ministers. Senior government posts are occupied by members of the ruling family and the emir has the final say in state matters.