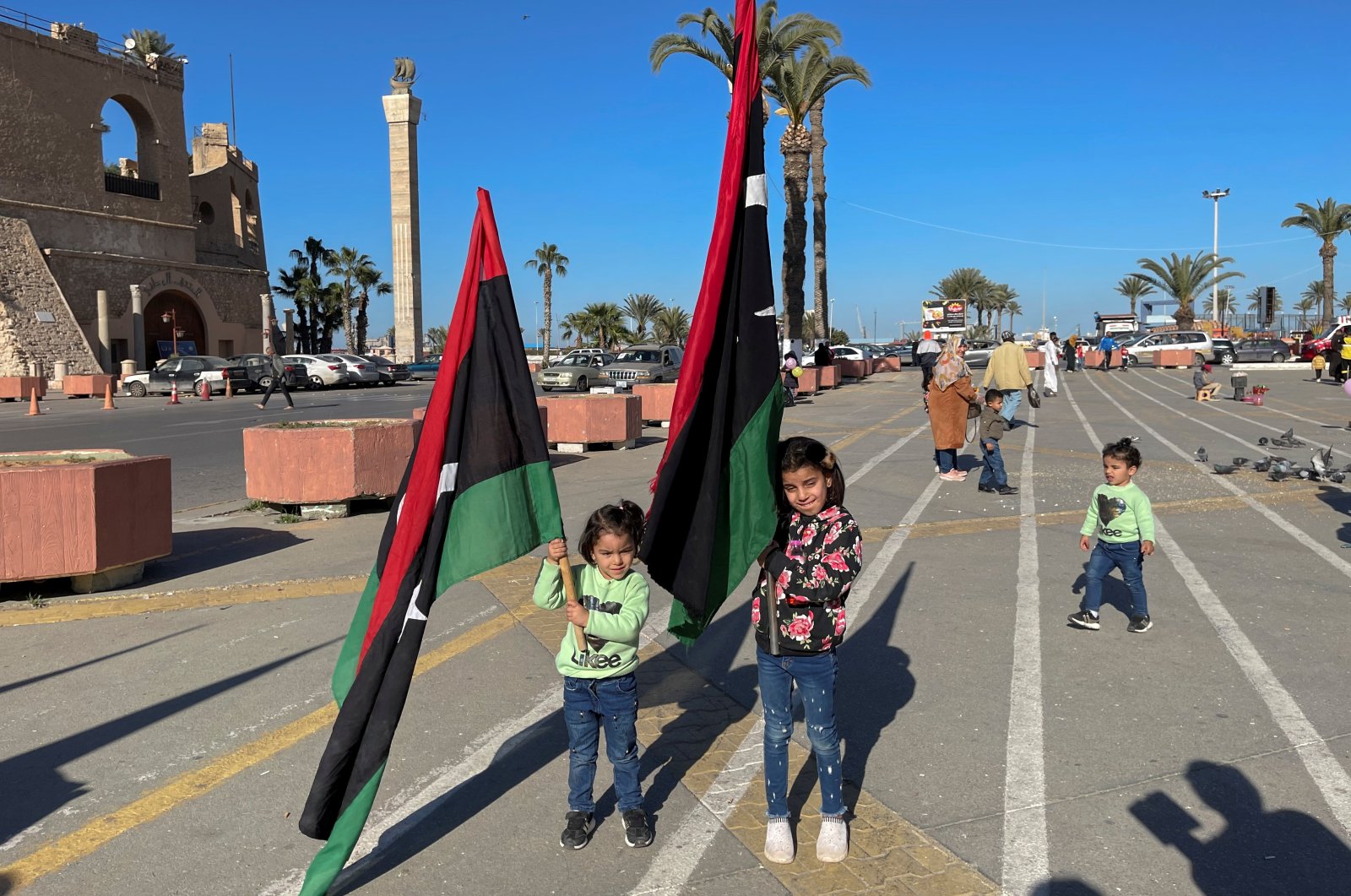 Speaking to Anadolu Agency (AA), Abdulhadi Dırah, the spokesperson of the Sirte and Jufra operation branch, said that military teams are participating in the clearing of mines in the region.

"Our troops are charged with clearing the mines in the areas under our control around Sirte," Dırah expressed, referring to the soldiers operating under the UN.-recognized Government of National Accord (GNA).

He underlined that the mines were placed by the illegal troops operating under the command of putschist Gen. Khalifa Haftar.

The United Nations Security Council (UNSC) on Tuesday welcomed Libya’s new transitional government as “an important milestone” in the country’s political process and pledged to support the new authorities.

The new authority will replace the GNA, led by Fayez Sarraj, which has been in charge of the capital, Tripoli, and western areas, and the eastern administration linked with putschist Gen. Khalifa Haftar.

The council called for the interim authority to push ahead with preparing for the presidential and parliamentary elections expected on Dec. 24.

The vote was part of a complex process it is hoped will help shepherd the deeply divided state toward peace and build on a fragile cease-fire to end more than a decade of devastating conflict.

The council also called on all parties in the conflict to stick to the U.N.-imposed weapons embargo and the agreed cease-fire, and for all foreign forces and mercenaries to withdraw from Libya.

Last Thursday, the council requested U.N. Secretary-General Antonio Guterres to swiftly deploy an advance team to Libya as a first step in sending monitors to observe the cease-fire between the warring parties.

Guterres recommended in late December that international monitors be sent under a U.N. umbrella to observe the cease-fire from a base in the strategic city of Sirte, the gateway to Libya’s major oil fields and export terminals. He said an advanced team should be sent to Tripoli as a first step to “provide the foundations for a scalable United Nations cease-fire monitoring mechanism based in Sirte.”

Meanwhile, Egypt's President Abdel-Fattah el-Sissi on Wednesday pledged that his country would support the interim executive authority in Libya.

El-Sissi's promise came during two separate phone talks with Mohammad Menfi, the head of the Libyan Presidency Council, and interim Prime Minister Abdulhamid Dbeibeh to congratulate the two officials for forming the temporary executive authority in the country, according to the Egyptian presidency.

"The selection of the new Libyan leadership marks the beginning of a new era for the work of all Libyan state institutions," el-Sissi told Menfi, stressing that Egypt will "continue to provide support and assistance to the Libyan brothers on the economic, security and military levels."

The Egyptian president also confirmed in a phone call to Dbeibeh his country's readiness to "continue to meet all the needs of the Libyans to restore stability and complete the Libyan state administration mechanisms."

Recently, Egypt's position on the Libyan crisis witnessed a remarkable shift after years of providing military and logistical support to Haftar, a stance the legally recognized Libyan government has long denounced, considering it one of the causes of the ongoing political crisis in the country.

An Egyptian security and diplomatic delegation visited the Libyan capital Tripoli in December last year and later received Libyan government officials, ending a break in visits that had continued since 2014.

Egypt is also hosting the constitutional path dialogue meetings sponsored by the U.N., one of the tracks for resolving the Libyan crisis.

According to observers, Cairo is looking to search for new partners who are not affiliated with the Muslim Brotherhood group in the western region of Libya, after its ally Haftar failed to win militarily over the Libyan Army, despite the great support provided by several major and regional countries.