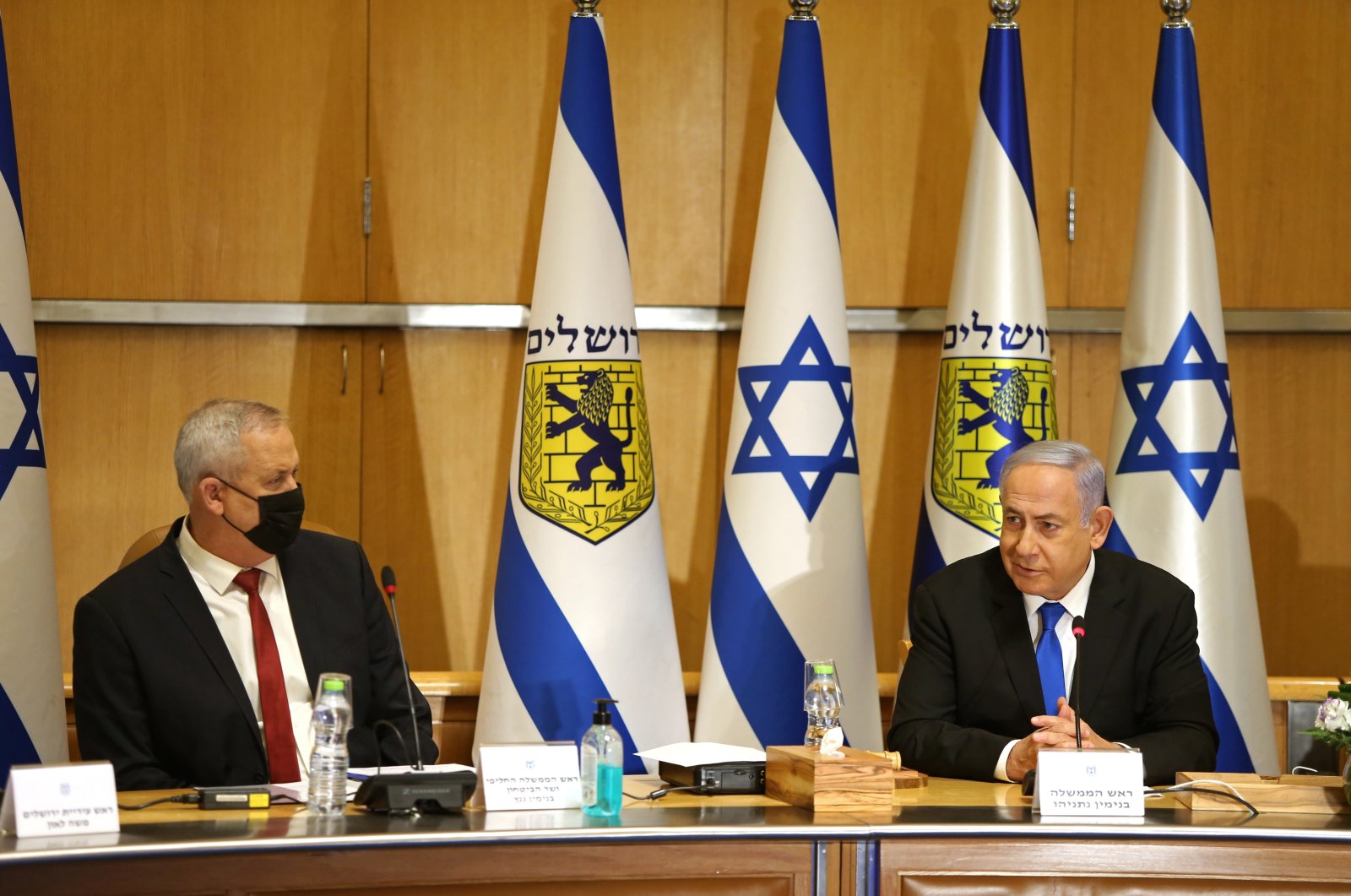 Israeli Prime Minister Benjamin Netanyahu, right, and Minister of Defense Benny Gantz attend a special cabinet meeting on the occasion of Jerusalem Day, at the Jerusalem Municipality building, in Jerusalem, Sunday, May 9, 2021. (AP Photo)
by Agencies May 11, 2021 11:06 pm
RECOMMENDED

Israeli Prime Minister Benjamin Netanyahu said late Tuesday that they "will continue the attack on Gaza with full force" while Defense Minister Benny Gantz vowed to intensify air campaign, saying "this is just the beginning."

The Premier also added that the Israeli military operation "has dealt a tough blow" to Palestinian resistance group Hamas, which runs the Gaza Strip, underlining that the fighting will continue for some time.

In a nationally televised speech late on Tuesday, he claimed that Hamas and Islamic Jihad “have paid, and will pay a heavy price.”

He said Israel will press ahead with an intensified operation, but said “it will take time” to complete the mission.

Meanwhile, the number of Israelis wounded by rockets rose to 26.

"The army will continue to attack to bring a total, long-term quiet. Only when we reach that goal will we be able to speak about a truce," Gantz said in Ashkelon.

"We don't need moral lessons from other countries. All military options are on the table to deal with the problem in Gaza."