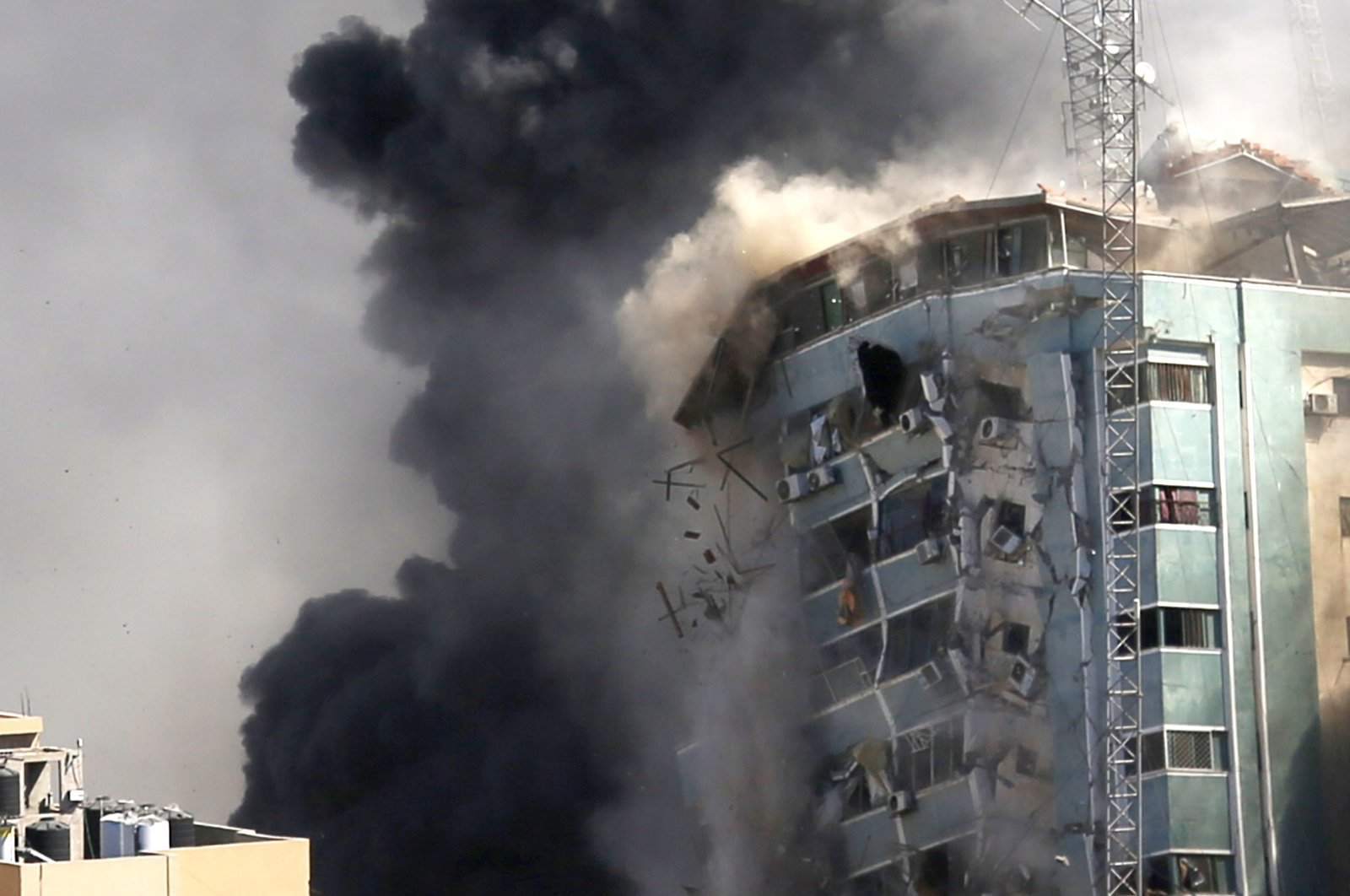 The building housing the offices of The Associated Press and other media in Gaza City collapses after it was hit by an Israeli airstrike, Palestine, May 15, 2021. (AP Photo)
by Daily Sabah with AP May 17, 2021 2:53 pm
RECOMMENDED

U.S. Secretary of State Antony Blinken said Monday he has not seen any Israeli evidence that Hamas was operating in a Gaza building, which housed international media offices, hit by Israeli airstrikes over the weekend.

Blinken made the comments at a joint briefing with Denmark's foreign minister in Copenhagen. The U.S. secretary of state said he has asked Israel for justification for the strike targeting the building, where the media offices included those of The Associated Press (AP) and Qatar's Al-Jazeera News Network.

“Shortly after the strike we did request additional details regarding the justification for it,” Blinken said. He declined to discuss specific intelligence, saying he “will leave it to others to characterize if any information has been shared and our assessment that information.”

But he said, “I have not seen any information provided.”

The Israeli military, which gave AP journalists and other tenants only about an hour to evacuate, claimed Hamas used the building for a military intelligence office and weapons development.

The offices of Mayadeen Company for media services, the radio station Voice of Prisoners and the Doha Media Center were among the other media offices destroyed by Israeli shelling.

Israeli attacks on Gaza, which began on May 10, have killed over more than 200, including dozens of minors and women.

The airstrikes on Gaza were preceded by days of tension and Israeli aggression in occupied East Jerusalem, where hundreds of Palestinians were assaulted by Israeli forces and settlers in Al-Aqsa Mosque and in the Sheikh Jarrah neighborhood.