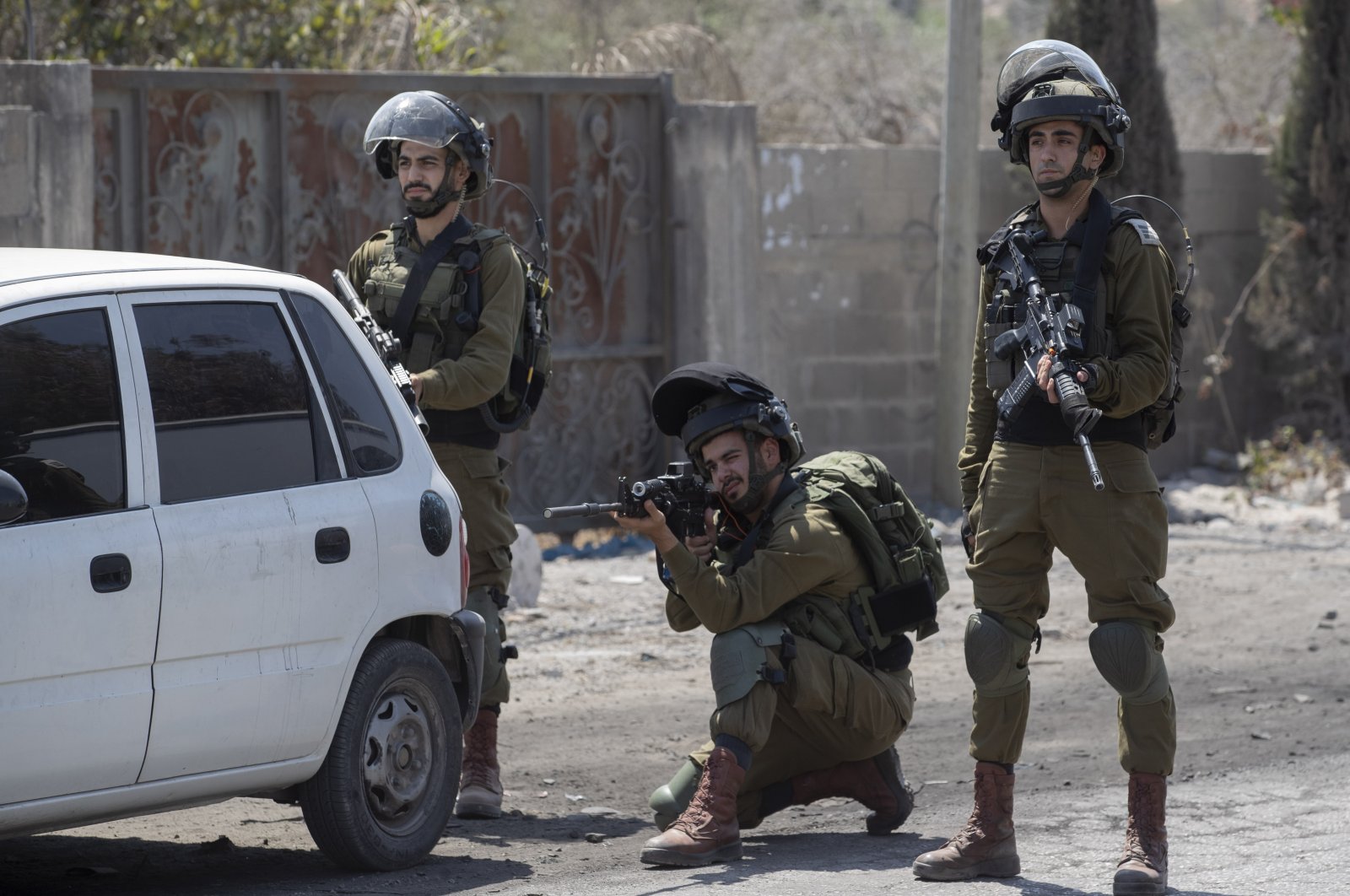 An Israeli soldier aims his weapon at Palestinians protesting against the creation of a new road for Israeli settlers, near the Palestinian village of Beita, north of the city of Nablus, the occupied West Bank, Palestine, Aug. 25, 2021. (AP File Photo)
by Daily Sabah with AA Nov 19, 2021 7:54 pm
RECOMMENDED

Israel must be held accountable for extrajudicial executions and crimes committed against Palestinians, the Organisation of Islamic Cooperation (OIC) said Friday.

The OIC said in a statement that Israeli police shot and killed a 16-year-old Palestinian named Omar Abu Asab on Nov. 17 in occupied East Jerusalem after accusing him of a stabbing attempt.

The Israeli military often conducts arrest raids in the occupied West Bank, even in areas that are under the control of the Palestinian Authority (PA), the internationally recognized entity that has limited autonomy in parts of the area. Palestinians often throw stones at Israeli patrols, drawing live fire in return.

In recent months, the West Bank has seen an increase in violence. Last week, a 13-year-old Palestinian boy was killed by Israeli fire during clashes with stone-throwing Palestinians. There also have been a string of attacks by Israeli settlers on Palestinians.

The statement also pointed out that Sami Umour, a Palestinian inmate in an Israeli jail, died as a result of medical negligence and inhumane treatment of Palestinian prisoners.

It said Israel should be held accountable for these crimes, calling on the U.N. and other relevant international bodies to form committees and investigate the deaths of both individuals.

It also urged the international community to intervene and save Palestinian detainees in Israeli jails who are on hunger strike.

Israeli forces arrest dozens of Palestinian political activists on a daily basis, apprehending them in their homes or at military checkpoints, and exposing them to well-established security procedures designed to shake their mental resolve and stability, experts say.

Most arrests take place early at dawn and are carried out by heavily armed soldiers, as a means to intimidate the detainee and their family. Then, as a disorienting measure, security forces transport the detainee to an unknown location, according to reports by the Palestinian Prisoners Society (PPS).

Detainees held in the security forces' custody are subjected to a myriad of humiliating treatment, including assault, strip searches and isolation from the outside world over extended periods as they face threats while being interrogated. Within the jails, the Israel Prison Service employs measures to make detainees feel as if they are under constant surveillance and threaten to expose them if they try to protest against any harmful measures imposed on them, reports have shown.