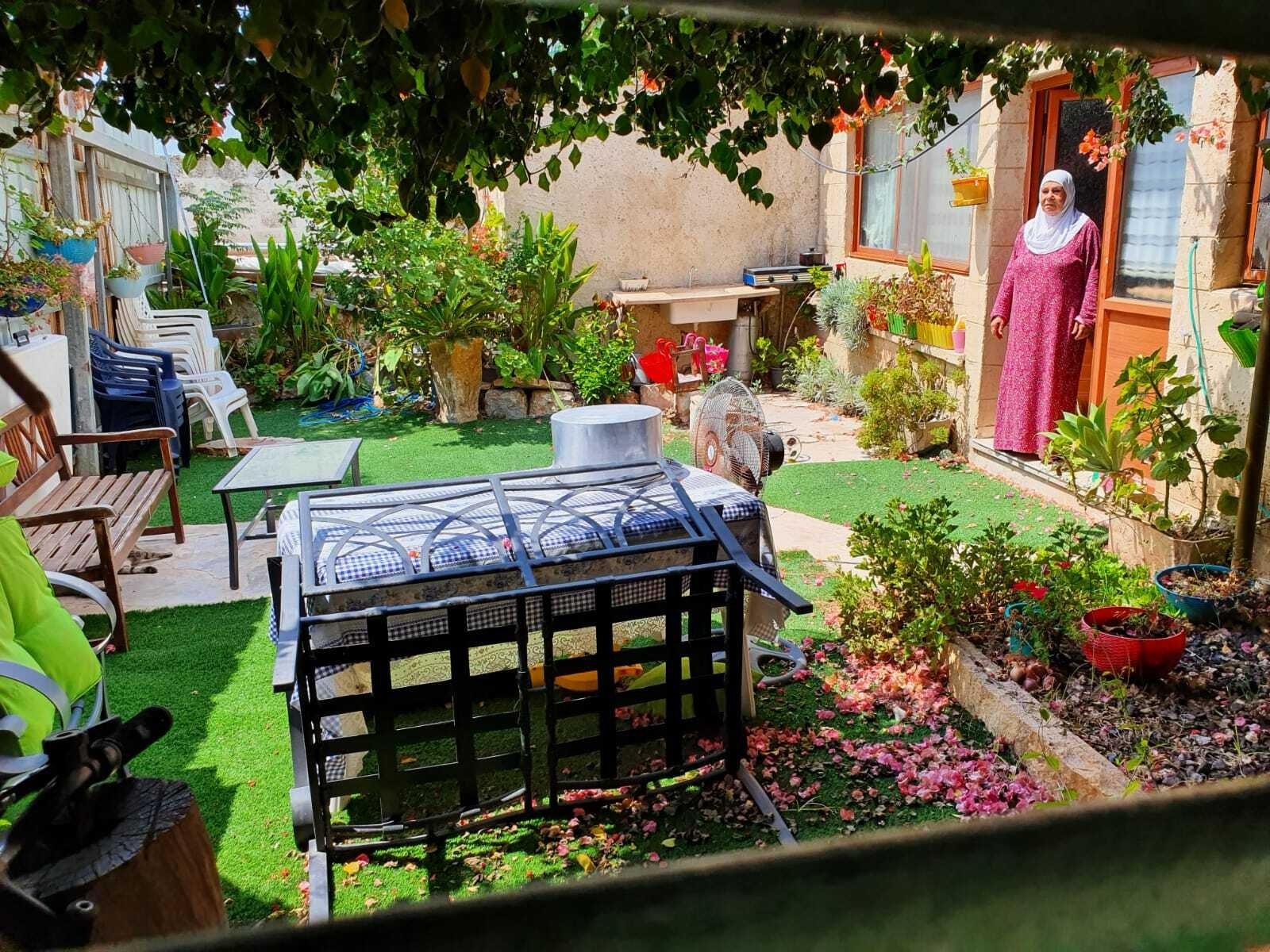 The Zidan family still lives in their 18th century home in the ancient Israeli city of Acre despite continuous attempts to displace them since 1968, when the Old Acre Development Company took over the city with the support of Israeli authorities.

The company, a subsidiary of the Israeli Tourism Ministry, is responsible for real estate in the old city. It is the only authority for reconstruction and the collection of funds from the residents of Acre, who are forced to renovate their homes under the supervision of the company, which exploits the low standard of living of the people.

The company took control of absentees’ property in favor of investments while continuing to collect money from the people of "Waqf Al-Jazzar,” who are defined under Israeli law as "protected tenants."

”Waqf Al-Jazzar” encompasses most of the buildings in the old city.

Before 1948, more than 65,000 Palestinians were living in Acre. But today, the population of Palestinians is around 4,000, and most of them live under difficult economic conditions. Their predicament is exploited by the Old Acre Development Company, which either forces them to sell their homes or to live in harsh conditions where the company continues to put financial pressure on them.

"The people here are simple, poor. They are not well off economically. The authorities don’t allow us to renovate our homes by ourselves. It is allowed for us only by the company, which imposes high fees on the process,” Ali Zidan told Anadolu Agency (AA).

Wahbeh bought the house from those who were responsible for Waqf Al-Jazzar, which contains the old city of Acre.

The Zidan family’s house is in a strategic location overlooking the sea and the ports of Acre and Haifa, so it is a targeted area for investors, who took over the location by putting pressure on its residents.

"When any property is transferred to a Jewish person, from the moment they receive it, they can begin the restoration process without being held back by anyone, which we are not allowed to do,” Ali said.

In 1990, the company filed a case against the Zidan family, alleging that they do not own the house. The Old Acre Development Company claims that it owns the property and that the family must leave.

"The neighborhood I live in is a targeted area. They want to turn it into a tourist area. They put all their strength in the courts to confiscate the home. For 15 years, we paid tens of thousands of dollars to prove our ownership of the house in the courts. The case reached the central and supreme courts, but the judges sided with the company against us,” Ali said.

Legally, Ali’s home is treated as a confiscated waqf, which means they have to pay money to the company. The courts made a decision that forces the family to evacuate the house, which will be demolished in favor of an investment project.

In 2012, the company sold the Zidan family’s home to a group of Arab investors backed by Israeli tourism investment companies.

"In 2014, the investors sent an immediate eviction order to the family via the police. They wanted us to leave the home within 30 days and said if you refuse, we will displace you by force,” Ali said.

The order to evacuate the house infuriated people in Acre. The city’s youth led a movement that refused the order, which succeeded in delaying its implementation.

"We can’t guess when the investors will come back and throw us out. This unstable situation is very difficult to live in for years, anticipating every day your displacement,” Ali said.

In 2019, the Zidan family was surprised to see demolition and excavation equipment close to their house. The equipment was used to demolish the Al-Bustan Cinema, which was one of the well-known historical monuments in the city.

"They demolished and excavated more than half of our home garden and told us that they will come back to continue the work, but they didn’t determine a date,” Ali said.

Ali and his family, like other Palestinians in Acre, do not have any legal tools to rescue their homes. But on the other hand, the Old Acre Development Company and the investors it is in a partnership with have the full support of the courts, the municipality and the police.

"I don’t know when I will be kicked out with my mother and sisters, but I hope that will not happen,” Ali said.

For now, the investors are still waiting for the court to give them the building permit that will allow them to perform the demolition order against the Zidan family’s house.

"Many of the youth for years have been keeping up protests against the injustices of the government and the police, along with the intelligence service oppressing them in several ways,” said Mohammad Sabra, a member of the youth commission in Acre.

Arab Israelis are Palestinians who managed to stay in their homes during the nakba – or forced exodus – of 1948 and who later became citizens of Israel. They make up around 20% of Israel's population.

They are centered in a group of Arab towns in central Israel known as the "Little Triangle," along with the Galilee (north) and the Negev regions (south). Numerous human rights groups decry Israeli policies against Arabs as a form of modern-day apartheid, with Arabs suffering racial discrimination in education, work and health care.

The situation in Israel's Arab cities is fraught with problems in terms of health, jobs, education, organized crime and racism. In addition to the incidents in Jerusalem, these cumulative issues have sparked clashes and indignation towards the Israeli government in these cities.