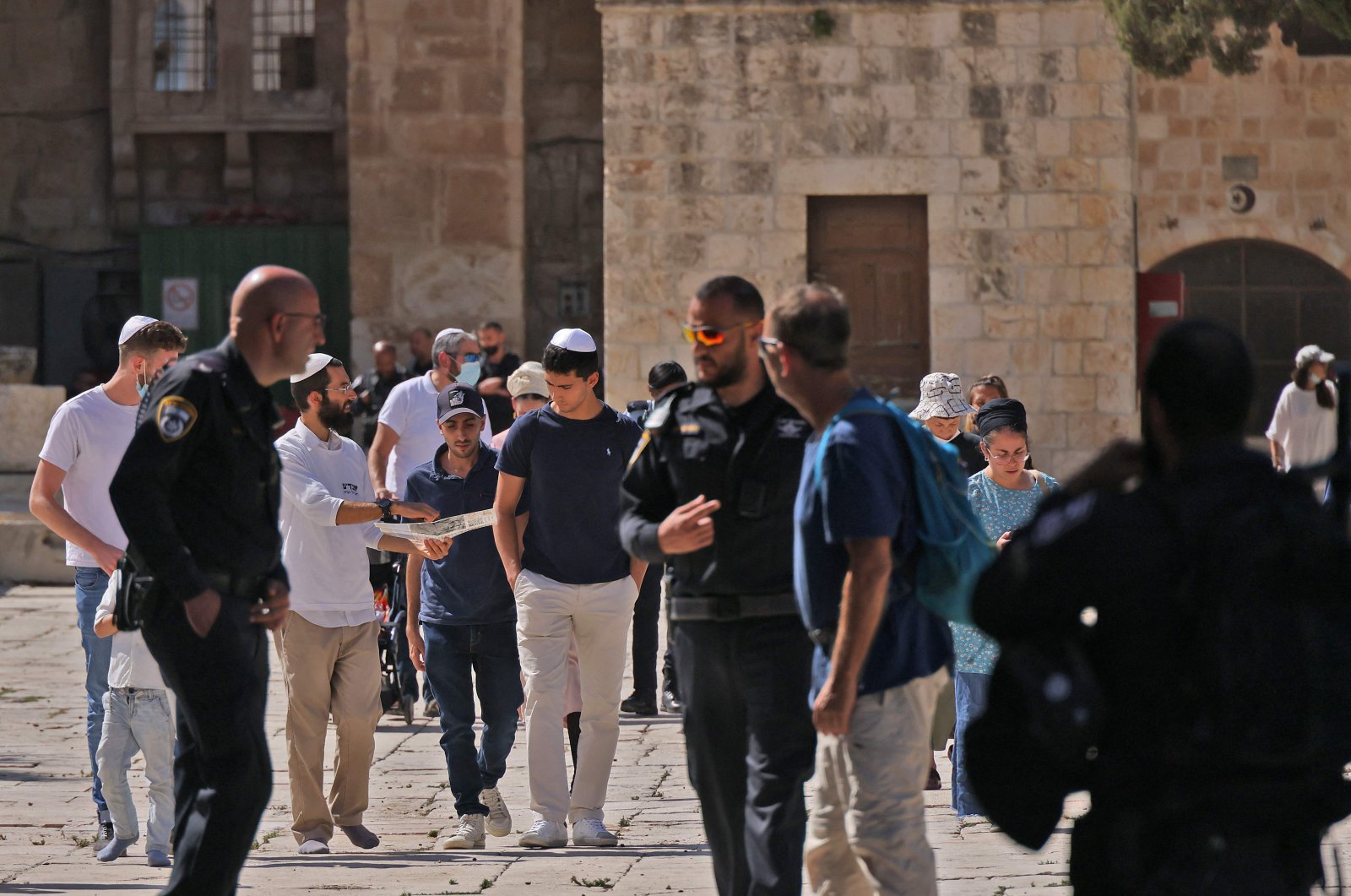 The Israeli court's backing for Jews praying at Al-Aqsa sparked anger in the Muslim world, as Palestinians condemn the move, claiming that the prayers are a provocation and a violation of the sanctity of the mosque

A ruling by a local Israeli court in favor of a Jewish man who prayed at a flashpoint Jerusalem holy site has heightened Palestinian fears of Jewish encroachment on Jerusalem's most sacred site.

Palestinians denounced on Thursday a decision by an Israeli Magistrate Court as a violation of the fragile status quo governing the compound.

The Al-Aqsa Mosque compound is the third holiest site in Islam and the holiest site for Jews, who refer to it as the Temple Mount because it was the location of the ancient Jewish Temples. It is the emotional epicenter of the Israeli-Palestinian conflict, and tensions there helped ignite the 11-day Gaza war in May.

Under informal understandings, Jews are not allowed to pray there. The ruling by a magistrate court in Jerusalem concerned a Jewish man who had been barred from the site for 15 days after Israeli police caught him praying there, violating a long-standing agreement that Muslims pray in Al-Aqsa and Jews pray at the nearby Western Wall.

The court lifted the ban several days early, ruling that the man, "like many others, prays on a daily basis on the Temple Mount." Noting that he did so quietly and privately, the ruling said "this activity by itself is not enough to violate the police instructions."

"The appellant stood in the corner with a friend or two, there was no crowd around him, his prayer was quiet, whispered," Jerusalem Magistrates Court judge Bilhha Yahalom wrote in the legal ruling.

"I have not found that the religious acts carried out by the appellant were externalized and visible," she said, determining that such prayer did "not violate police instructions," and canceling his ban from the site.

Magistrate Courts make up the lowest level of the Israeli judiciary and hear cases concerning relatively minor crimes. Under a longstanding but informal arrangement known as the status quo, Jews are allowed to visit the site but not pray there. The agreement has broken down in recent years as large groups of Jews, including hard-line religious nationalists, have regularly visited and prayed at the site.

The Israeli government says it is committed to maintaining the status quo. The Palestinians and neighboring Jordan, which serves as the custodian of the holy site, fear that Israel plans to eventually take over the compound or partition it – as it did with a similarly contested holy site in Hebron, in the Israeli-occupied West Bank.

Jordan’s Council of Endowments (Awqaf) that maintains Al-Aqsa called the ruling a "flagrant violation” of the compound's sanctity and a "clear provocation” for Muslims worldwide.

Palestinian Prime Minister Mohammad Ibrahim Shtayyeh called on the United States to fulfill its promise to maintain the status quo of the complex, and the Arab countries to show solidarity with the Palestinians.

“We warn against Israel’s attempts to impose a new reality at the holy Al-Aqsa Mosque,” Shtayyeh said Thursday.

Palestinian resistance group Hamas called the move a “blatant aggression against the Al-Aqsa Mosque, and a clear declaration of a war that goes beyond political rights to an aggression against religion and sanctities”. The group said in a statement that the “resistance is ready and prepared to repel aggression and defend rights."

The Secretary-General of the Organization of Islamic Cooperation (OIC), Yousef Al-Othaimeen, said in a statement that the ruling is a provocation to Muslims globally.

"Such illegal decisions constitute an unprecedented attack on the inalienable religious rights of the Islamic nation and its heritage, a provocation to the feelings of Muslims all over the world, and a violation of freedom of worship and the sanctity of holy places,” he said, according to Anadolu Agency (AA).

He expressed his organization's rejection of "any measures taken by the occupying power, Israel, that affect the status of occupied East Jerusalem and the Palestinian presence there, or prejudice the Islamic and Christian sanctities."

"These prayers constitute provocations and a violation of the sanctity of Al-Aqsa," mosque director Sheikh Omar al-Kiswani told Agence France-Presse (AFP). "This decision also has no legitimacy because we do not recognise Israeli law on Al-Aqsa," he said.

Egypt and Turkey also denounced the decision with Cairo calling the court ruling a "violation" and claiming that it held "deep concern about the consequences."

The Turkish Foreign Ministry in a written statement said that the decision risks encouraging fanatic circles that try to erode the status quo at Al-Aqsa and warned that the move could lead to tensions. The ministry further called on the international community to reject this “wrong, illegal and dangerous decision.”

Friday prayers at the mosque are regularly attended by tens of thousands of Palestinians and are sometimes followed by protests and clashes with Israeli police. A provocative visit by a right-wing Israeli politician in 2000 helped ignite the second Palestinian intifada, or uprising.

Al-Othaimeen said the Israeli measures "constitute a grave violation of international law, international humanitarian law and relevant U.N. resolutions." He warned that such decisions by courts will "lead to destabilization and ignite religious conflict in the region” and held Israel "fully responsible for the consequences.”

He also urged international actors to intervene to preserve Al-Aqsa’s historical and legal status and to facilitate efforts to achieve a two-state solution between Palestinians and Israelis.

Wednesday’s decision was the first by an Israeli court to support Jewish prayer at the Al-Aqsa Mosque compound. The verdict was welcomed by right-wing Israelis.

Israel captured East Jerusalem – including the Old City and its holy sites sacred to Jews, Christians and Muslims – in the 1967 war and annexed it in a move not recognized by most of the international community. The Palestinians want East Jerusalem to be the capital of their future state. The city's status has been among the most divisive issues in decades of failed peace efforts.