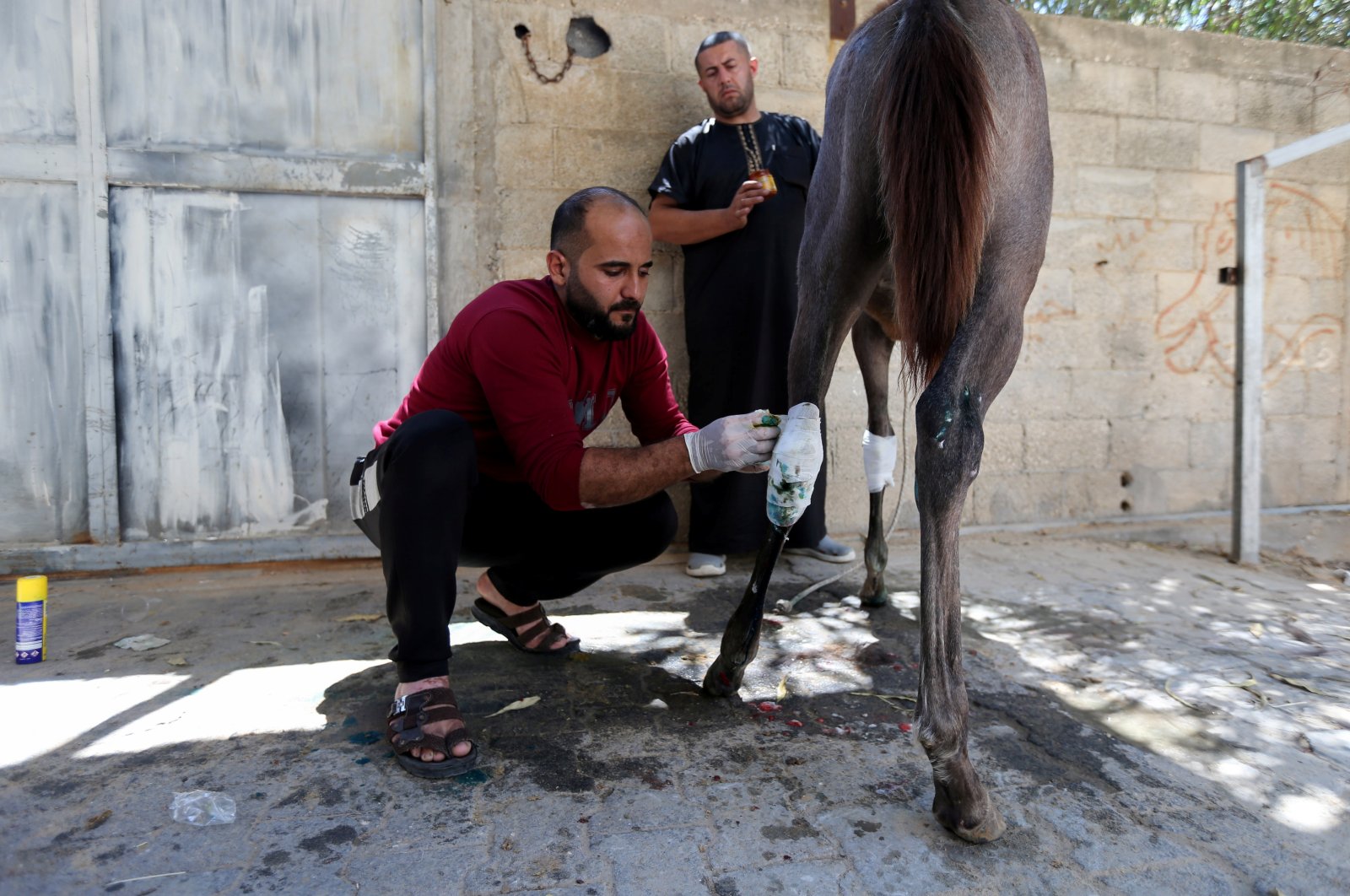 A man treats Palestinian Omar Shahin's horse, which was wounded during Israeli airstrikes, in the northern Gaza Strip, May 24, 2021. (Reuters Photo)
by REUTERS May 25, 2021 10:47 pm
RECOMMENDED

Still reeling from Israel's indiscriminate aggression, Palestinians are seeking out street dogs ad cats that suffered injuries during the Israeli attacks that left at least 253 dead and over 1900 wounded according to Palestinian authorities.

Palestinian animal welfare groups are tending to animals wounded during the 11-day military offensive in Gaza.

Saeed el-Aer, owner of Sulala Society for Training and Caring for Animals, has been trawling Gaza's streets looking for abandoned dogs and cats and providing them with medication, food and shelter.

"We are still getting calls about cats and dogs wounded in the war, and we are still trying to reach them to help them," he said.

As soon as a cease-fire was reached last Friday after the worst attacks in years by Israel, Aer rushed to his animal shelter, built on a piece of land given to him by the municipality in eastern Gaza City's suburb of Zeitoun.

"I found all the dogs outside it. The dogs were sad, afraid and terrified," he told Reuters. He said Israeli bombardments had shattered part of the exterior fence.

"I was surprised to see a donkey dead and another horse wounded, who then died. I found dogs wounded with shrapnel, and I am still treating them."

Gaza, home to 2 million people, now faces the task of rebuilding shattered infrastructure after the Israeli attacks. The United Nations estimates that about 1,000 homes were destroyed in the 11-day war that ended last Friday.

In the northern Gaza Strip, shrapnel from an Israeli airstrike that destroyed a nearby house also hit Omar Shahin's stable, injuring three of his four horses.

Shahin was unable to rescue one of his animals, Amira, a two-year-old horse who died nine days after being hit by a missile fragment which caused a skull fracture and internal bleeding.