Passenger jet on fire in Houthi attack on Saudi airport 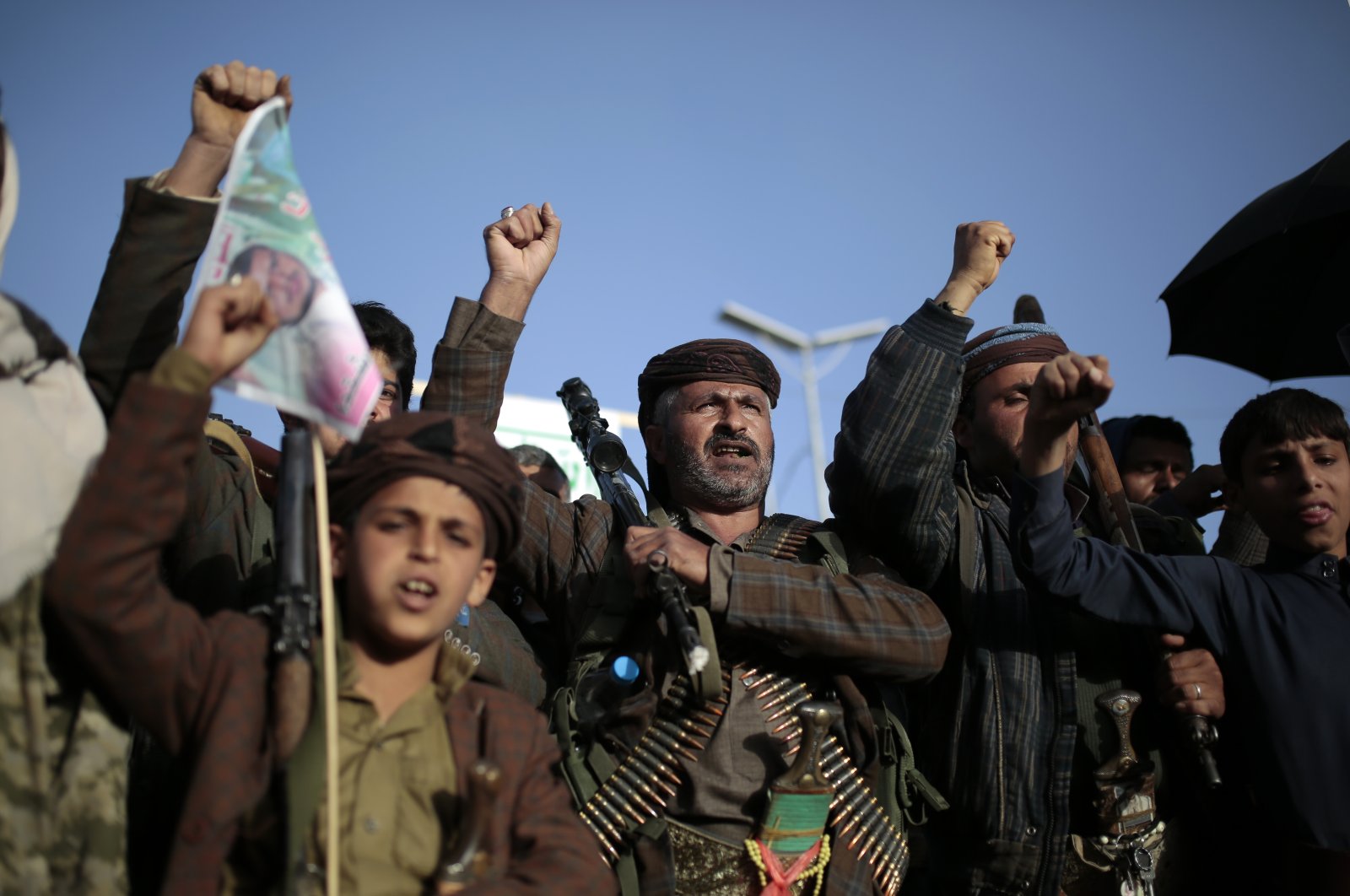 Houthi supporters chant slogans as they attend a demonstration against the United States over its decision to designate the Houthis a foreign terrorist organization in Sanaa, Yemen, Jan. 25, 2021. (AP Photo)
by French Press Agency - AFP Feb 10, 2021 3:42 pm
RECOMMENDED

A civilian plane was engulfed in flames in an attack Wednesday by Yemen's Houthi rebels on an airport in southern Saudi Arabia, the Riyadh-led coalition battling the insurgents said.

"A fire that engulfed a passenger plane due to the Houthi attack on Abha Airport is under control," it added.

The coalition did not report any casualties or say how the attack was carried out, but earlier in the day reported it had intercepted two "booby trap" drones in the south.

The Iran-backed Houthis later claimed the attack, saying the airport was a military target.

But the rebels appear to be stepping up attacks on the kingdom as well as on Riyadh-backed Yemeni forces after the United States moved last week to delist the Houthis as a terrorist group.

The Houthis have also resumed an offensive to seize the Yemeni government's last northern stronghold of Marib, according to a government source, with dozens of casualties on both sides.

The U.S. State Department on Friday said it had formally notified Congress of its intention to revoke a terrorist designation against the rebels, which had been announced at the end of the administration of former President Donald Trump.

The delisting move came a day after U.S. President Joe Biden announced an end to American support for Saudi-led offensive operations in Yemen.

Humanitarian groups were deeply opposed to the designation, saying it jeopardized their operations in a country where the majority of people rely on aid, and that they have no choice but to deal with the Houthis, who control much of the north.

Saudi Arabia, which entered the Yemen conflict in 2015 to bolster the internationally recognized government, has repeatedly been targeted with cross-border attacks.

Last month, it said it had intercepted and destroyed a "hostile air target" heading toward the capital Riyadh.