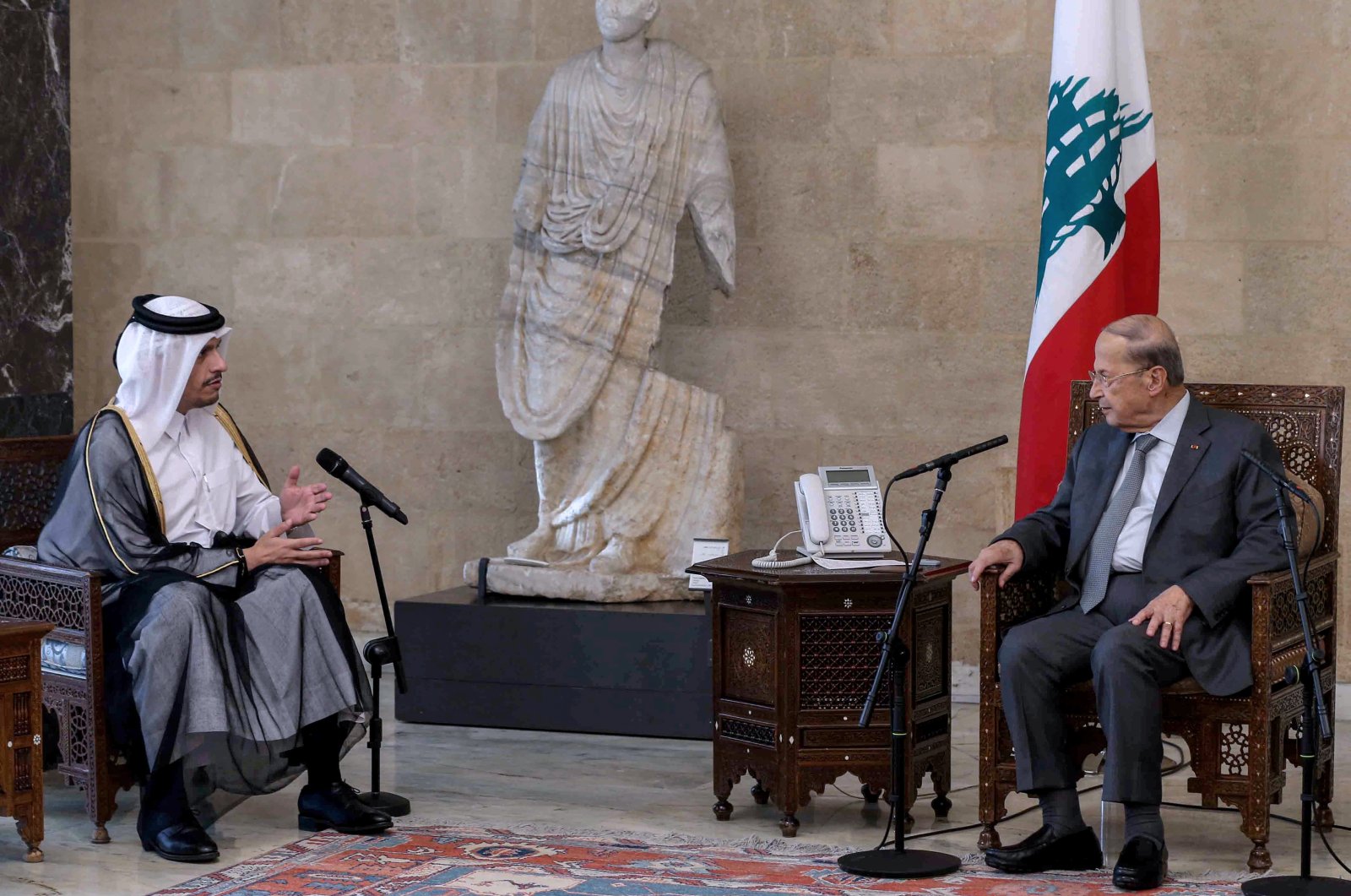 Qatar pledged to provide Lebanese army with 70 tons of food per month after Beirut appealed to the international community for assistance amid a worsening economic and political crisis.

Lebanon's army chief Joseph Aoun had appealed to world powers at a meeting in France last month for assistance for soldiers, whose wages have plunged in value as the Lebanese pound has crashed and inflation has soared.

Qatar's donation was announced on Tuesday during a visit to Beirut by Foreign Minister Sheikh Mohammed bin Abdulrahman Al Thani. The Qatari state news agency QNA, which reported the announcement, did not give details about the food aid offered.

Lebanon's cabinet resigned after a massive Beirut port blast in August last year and has been acting in a caretaker capacity since then, while the economic crisis in the heavily-indebted Arab country has deepened. The Lebanese pound has lost 90% of its value against the dollar since the crisis erupted in 2019.

Western and other international donors have demanded a new government and major reforms before providing assistance.

But attempts to form a new government remain deadlocked. On Tuesday, a fresh attempt ended up dead in the water after Lebanese politicians failed to agree on the formation of the new government, which prompted the caretaker Prime Minister Hassan Diab to plea for aid.

Diab urged friendly nations to extend assistance despite the lack of a new government, saying that linking aid to reform of a deeply corrupt system has become a “threat to the lives of Lebanese” and to the country’s stability.

“What sin have the Lebanese committed to pay a dear price? Are the Lebanese people supposed to die at hospital’s doors on the way to holding the corrupt accountable?” Diab said.

“I appeal through you to the kings, princes, presidents and leaders of brotherly and friendly countries, and I call upon the United Nations and all international bodies, the international community, and the global public opinion to help save the Lebanese from death and prevent the demise of Lebanon," he told the diplomats.

“Lebanon is a few days away from social explosion," he added. “The Lebanese are facing this dark fate alone."

The World Bank called Lebanon's crisis one of the worst since 1850s and described the country’s economic contraction as brutal. The national currency lost nearly 95% of its value, plunging the once middle-income country into poverty. Inflation and unemployment soared and waves of professionals have migrated abroad, seeking a better life.