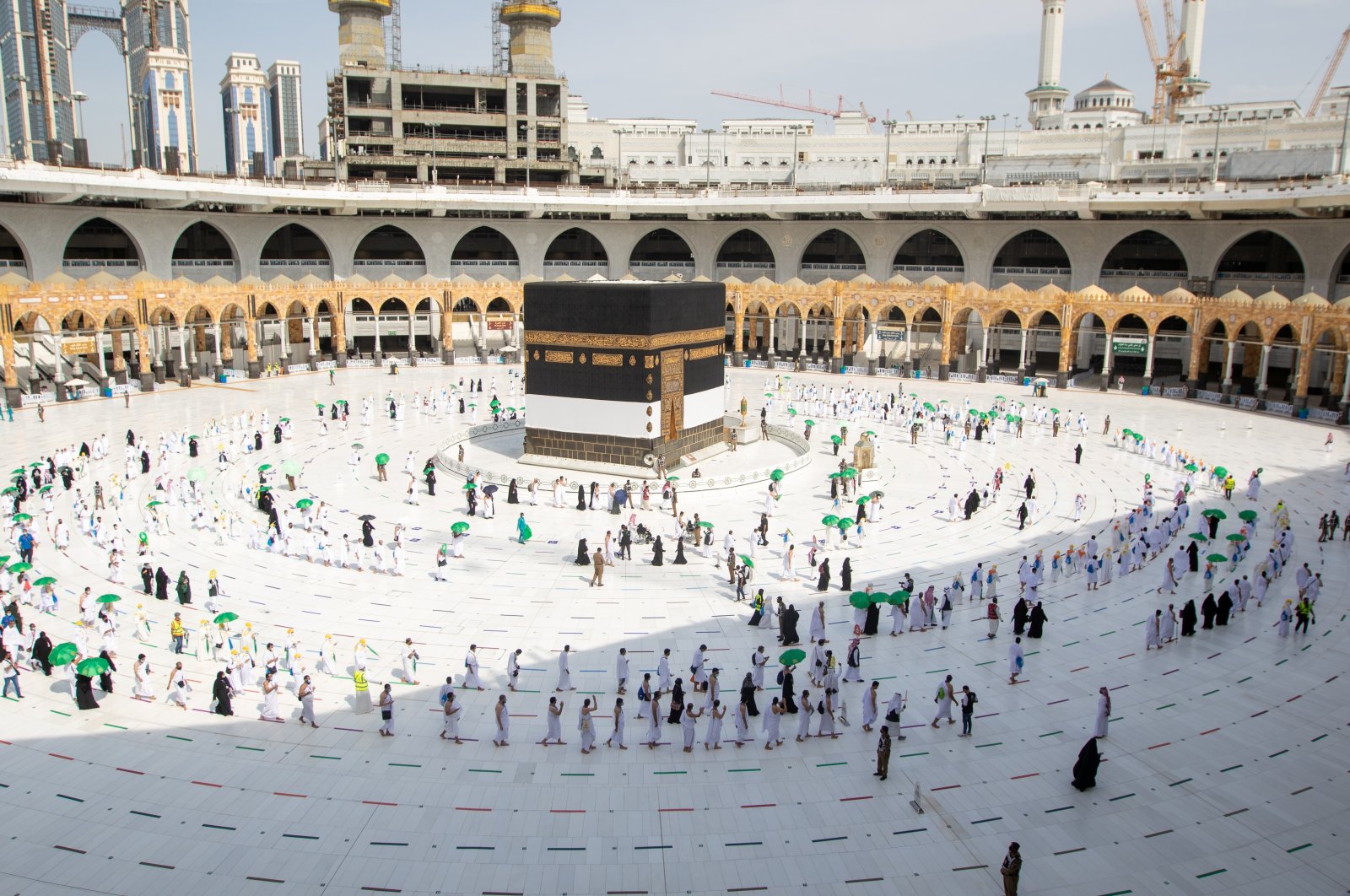 Saudi Arabia announced Sunday that the country will start accepting vaccinated foreigners wanting to make the umrah pilgrimage, a move that will boost an economy hit by the COVID-19 pandemic.

Nearly 18 months after it closed its borders to battle the coronavirus, Saudi Arabia will from Monday begin "gradually receiving umrah requests from various countries," the Saudi Press Agency (SPA) reported.

The umrah can be undertaken at any time and usually draws millions from around the globe, unlike the annual hajj, which able-bodied Muslims who have the means must perform at least once in their lifetime.

The COVID-19 pandemic hugely disrupted both Muslim pilgrimages, which are usually key revenue earners for the kingdom that can rake in a combined $12 billion annually.

Before Sunday's announcement, only immunized pilgrims residing in Saudi Arabia were eligible for umrah permits.

And last month only around 60,000 inoculated residents were allowed to take part in a scaled-down form of the annual hajj.

But the kingdom is slowly opening up, and has started welcoming vaccinated foreign tourists since Aug. 1.

He added that the kingdom was working on determining the destinations from which pilgrims can come and their numbers on a "periodic basis according to the classification of preventive measures" in those countries.

Barring overseas pilgrims has caused deep disappointment among Muslims worldwide, who typically save for years to take part.

"I feel relieved about the resumption of the umrah pilgrimage," Ahmed Hamadna, 33, a sales manager in Egypt, told Agence France-Presse (AFP).

But he added that he was "concerned about the complex procedures and measures during the pandemic."

Engineer Mohamad Ragab, an Australian resident, said he too was still "hesitant" to perform the umrah pilgrimage.

"There will likely be crowds in Mecca and the chances of infection are high," he said.

According to the SPA report, Saudi Arabia will allow 60,000 pilgrims to perform umrah each month, and gradually increase that to reach 2 million worshippers per month.

Hosting the pilgrimages is a matter of prestige for Saudi rulers, for whom the custodianship of Islam's holiest sites is their most powerful source of political legitimacy.

Riyadh has spent billions trying to build a tourism industry from scratch, as part of efforts to diversify its oil-reliant economy.

The once-reclusive kingdom began issuing tourist visas for the first time in 2019 as part of an ambitious push to revamp its global image and draw visitors.

The government has accelerated a nationwide vaccination drive as it moves to revive tourism and other pandemic-hit sectors, such as sport competitions and entertainment extravaganzas.

Vaccination is mandatory for anyone seeking to enter government and private establishments, including education institutions and entertainment venues, as well as to use public transport.

The hajj, one of the five pillars of Islam, is usually one of the world's largest religious gatherings, with 2.5 million taking part in 2019.