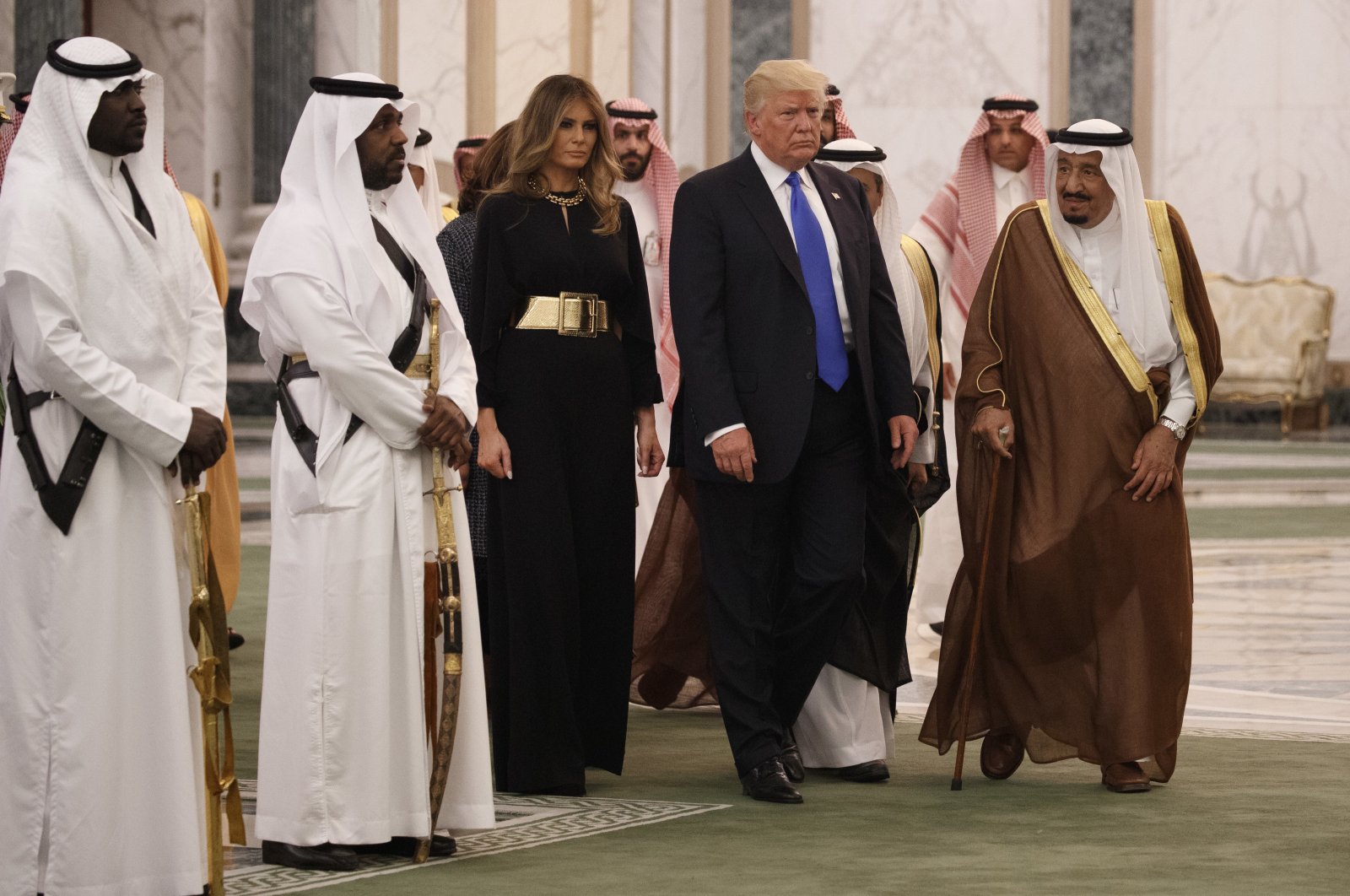 Former U.S. President Donald Trump was presented with a rare gift from the Saudi Arabian royal family in 2017; however, recent reports reveal that the American leader was fooled by the fake items.

Among the 82 gifts that Trump received from Saudi royals during his visit to the kingdom in May four years ago, three robes made from white tigers and cheetahs appear to have been made from fake fur.

After close examination of a Freedom of Information Act disclosure, it was discovered that the gifts were dyed to resemble animal fur patterns, according to The New York Times.

"Wildlife inspectors and special agents determined the linings of the robes were dyed to mimic tiger and cheetah patterns and were not comprised of protected species," a spokesperson for the Interior Department, Tyler Cherry, told The Times. He added that the Trump administration had failed to unveil the presents, which would have been a major violation since U.S. law identifies white tigers and cheetahs as endangered species. The report said that on the last day of Trump's presidency, the leader handed the presents over.

Aside from furs, among the other expensive gifts given by the Saudis were three swords and three daggers, which never figured in the State Department's annual gift papers, a legal requirement of the Trump administration.

The Times report said that the Department of the Interior was also investigating the handle of one of the daggers, which “appears to possibly contain tooth or bone of some variety," possibly made from elephant tusk. Trump's son-in-law Jared Kushner did not leave empty-handed either. He received two swords and dagger worth nearly $48,000 from the Saudi royal family.

Ties between Riyadh and Washington improved during Trump's time in the White House; in fact, Trump made his first official trip as U.S. president to Saudi Arabia. Washington provided billions of dollars in arms sales to the Gulf country and also covered up criticism of the country over the killing of Saudi journalist and Washington Post columnist Jamal Khashoggi.

It is unclear if the royal family knew about the authenticity of the gifts, but the recent reports about fake fur are major blow up for the image of Saudi Arabia, a senior fellow at the Brookings Institution and an expert on Saudi-U.S. relations Bruce Riedel told The Times.

"The two most important things for them is to look like they’re aboveboard world actors, and are rich and show their wealth," he said.

The State Department did not provide the media with comments, but its spokesperson Ned Price said in an emailed statement to news site Middle East Eye that it "takes seriously its role in reporting the disposition of certain gifts received by U.S. Government employees."

"With that responsibility in mind, we conduct the necessary due diligence before filing the required reports with the Federal Register. As we noted in the most recent report, we are investigating the whereabouts of gifts that are unaccounted for and the circumstances that led to their disappearance," he said.