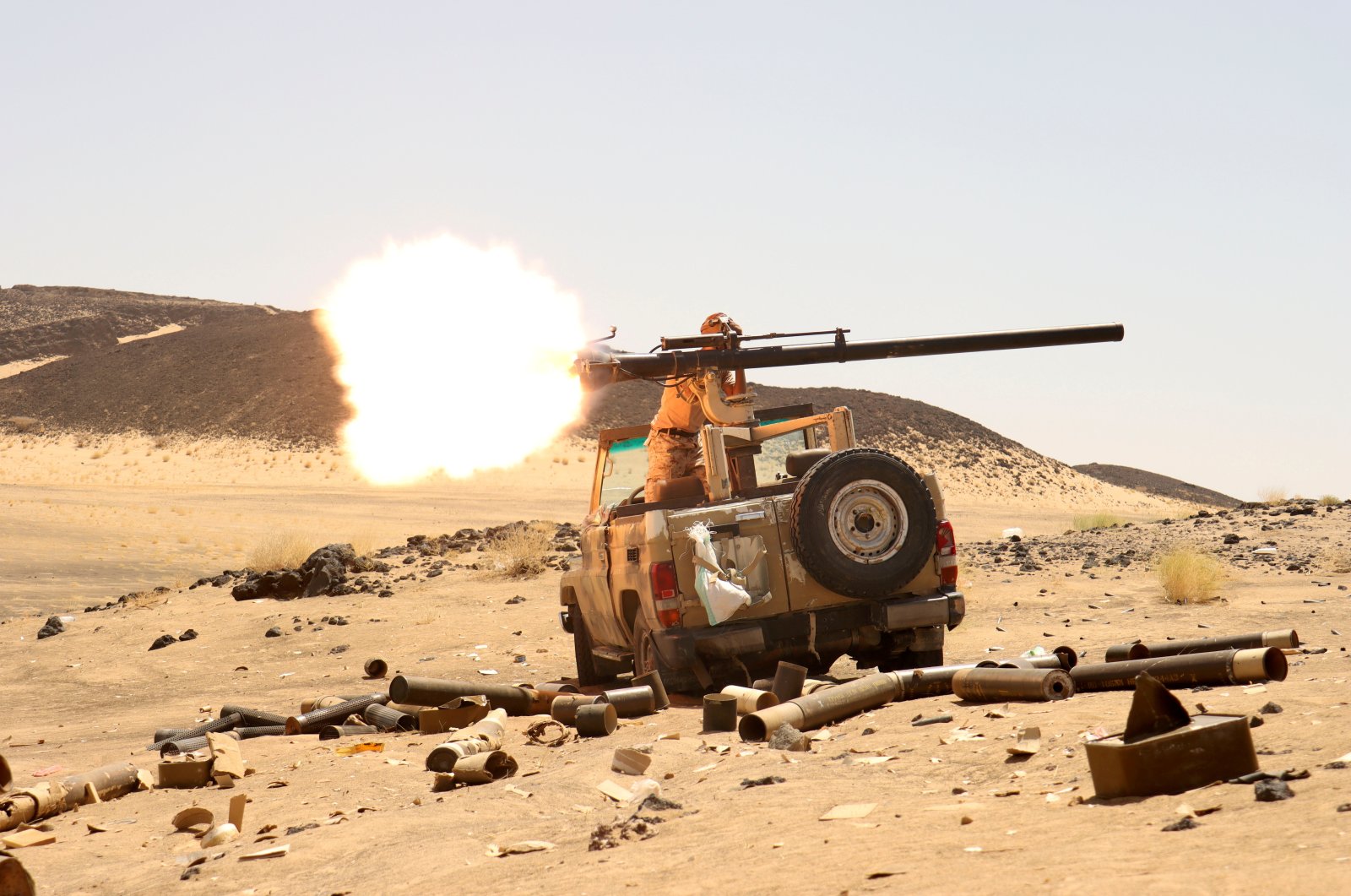 Iran-backed Houthi rebels have continued an offensive toward the Saudi-led coalition-backed government's last northern stronghold, advancing with gains that have brought them closer to the city of Marib, military sources said Sunday. Many casualties have also been reported.

The rebels have taken full control of the northwest Kassara battlefield and made progress on western front lines despite airstrikes by the Saudi-led coalition that backs Yemen's government, the loyalist military sources said.

Marib and its surrounding oil fields make up the last significant pocket of government-held territory in the north, the rest of which is under rebel control, including the capital Sanaa.

Fierce fighting has left at least 65 dead over the past two days alone, including some 26 loyalist personnel, among them four officers, the government sources told Agence France-Presse (AFP). The Iran-backed Houthis rarely disclose their losses.

With the Houthis taking control of the Kassara front, the battles have moved to the al-Mil area, which is a mere 6 kilometers (4 miles) from the center of Marib and its population centers, they said.

However, mountains around al-Mil remain a formidable barrier to the rebels, who launched their fierce campaign for the city of Marib in February.

The government sources said the Houthis had poured in hundreds of reinforcements in recent days to achieve the gains, resorting to motorbikes after the coalition targeted their military vehicles.

The loss of Marib would be a major blow for the Yemeni government and for Saudi Arabia, which has supported its militarily since March 2015, after the rebels captured Sanaa.

Observers say the Houthis are intent on capturing the city to gain leverage before entering any negotiations with the government amid a U.S. push to revive peace talks.

The city's fall could also lead to a humanitarian disaster, as vast numbers of civilians displaced from fighting elsewhere have sought refuge in the area.

Around 140 camps have sprung up in the surrounding desert to provide basic shelter for up to 2 million displaced, according to the Yemeni government.

Hundreds of combatants have been killed since the large-scale offensive began, with the toll fuelled by wave after wave of Houthi fighters arriving on front lines around the city.

A government commander told AFP in Marib earlier this month that the Houthis are deploying young recruits, many of them children, with the goal of wearing out loyalist forces and depleting their ammunition.

These recruits are used in first wave attacks, followed by a more lethal wave of experienced Houthi fighters under the cover of constant shelling, the commander said of a rebel strategy that is heaping pressure on loyalist forces.

The escalation in hostilities has displaced 13,600 people in Marib this year, according to the U.N.'s refugee agency, putting a heavy strain on the city in the midst of a second coronavirus wave.

Lacking clean water and electricity, makeshift settlements are overflowing and camp residents say they have repeatedly come under Houthi shelling.

The rebels have also stepped up missile and drone strikes against neighbouring Saudi Arabia in recent months, demanding the opening of Yemen's airspace and ports. They have rejected a Saudi proposal for a cease-fire.

The U.S. administration of President Joe Biden is mounting a renewed push to end the conflict, warning that the suffering will only end when a political solution is found.