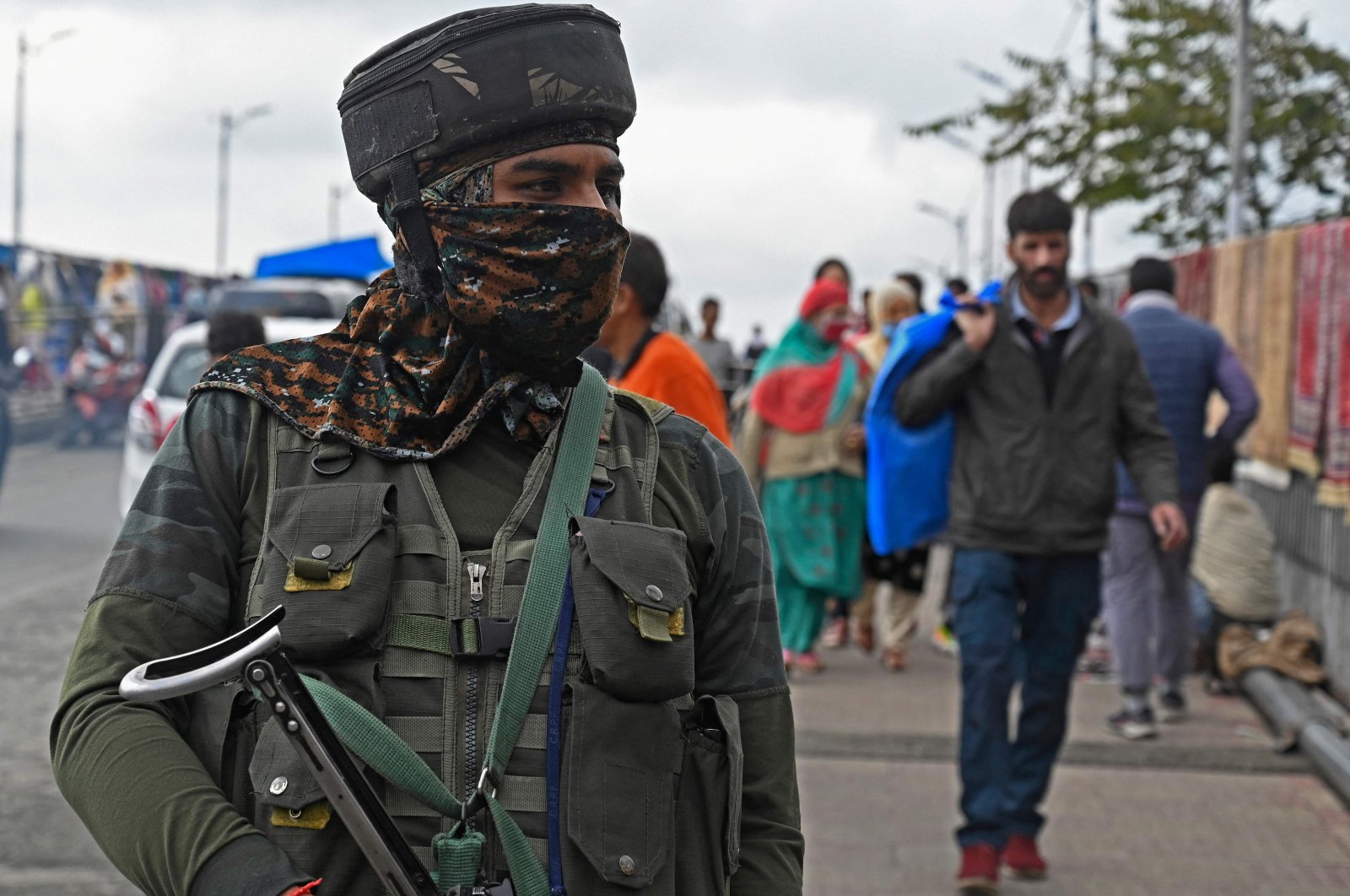 A gunfight between militants and Indian forces in Indian-administered Jammu and Kashmir left five Indian soldiers dead on Monday.

Four soldiers and a junior commissioned officer were "critically injured during an anti-terror operation" in the district of Poonch, according to Indian army spokesman Lt. Col. Devender Anand.

"They were rushed to the nearest medical facility where they succumbed to their injuries," he said.

The shoot-out took place during a search operation in villages near the area of Surankote in Poonch.

"The operation is ongoing and reinforcements have been called in," the spokesman said.

According to police, two militants were also killed in Indian-administered Kashmir on Monday – one in the southern Anantnag district and the other in Bandipora district in the north.

Official records show 113 militants have been killed in the disputed Himalayan region this year, with the highest fatalities recorded in the month of July.

Unrest has peaked in Kashmir over recent days, particularly with a spike in attacks on religious minorities, including Sikhs and Hindus.

At least seven civilians have been killed in targeted attacks over the past two weeks, including two teachers and a popular pharmacist from the Sikh and Hindu communities.

The killings have been claimed by a group that calls itself The Resistance Front, which Indian police officials believe is an offshoot of Lashkar-e-Taiba.

The group has accused those it targeted of working for "occupier mercenary forces and occupier stooges."

According to police statement issued last week, 28 civilians have been killed in Indian-administered Jammu and Kashmir this year, out of which 21 were Muslims, five were from the local Hindu and Sikh communities, and two were "non-local Hindu laborers."

Varying reports suggest Indian police and military have picked up somewhere between 500 to 900 people in recent days as part of efforts to track down the perpetrators behind the spate of killings.

Police officials have refused to divulge the exact number, but maintain that "only people with possible links to militants or those involved in subversive activities" are being detained.

Indian and Pakistani troops have also fought intermittently in the northern Siachen region since 1984. A cease-fire took effect in 2003.