Taliban takeover may reshape balance of power in Kashmir 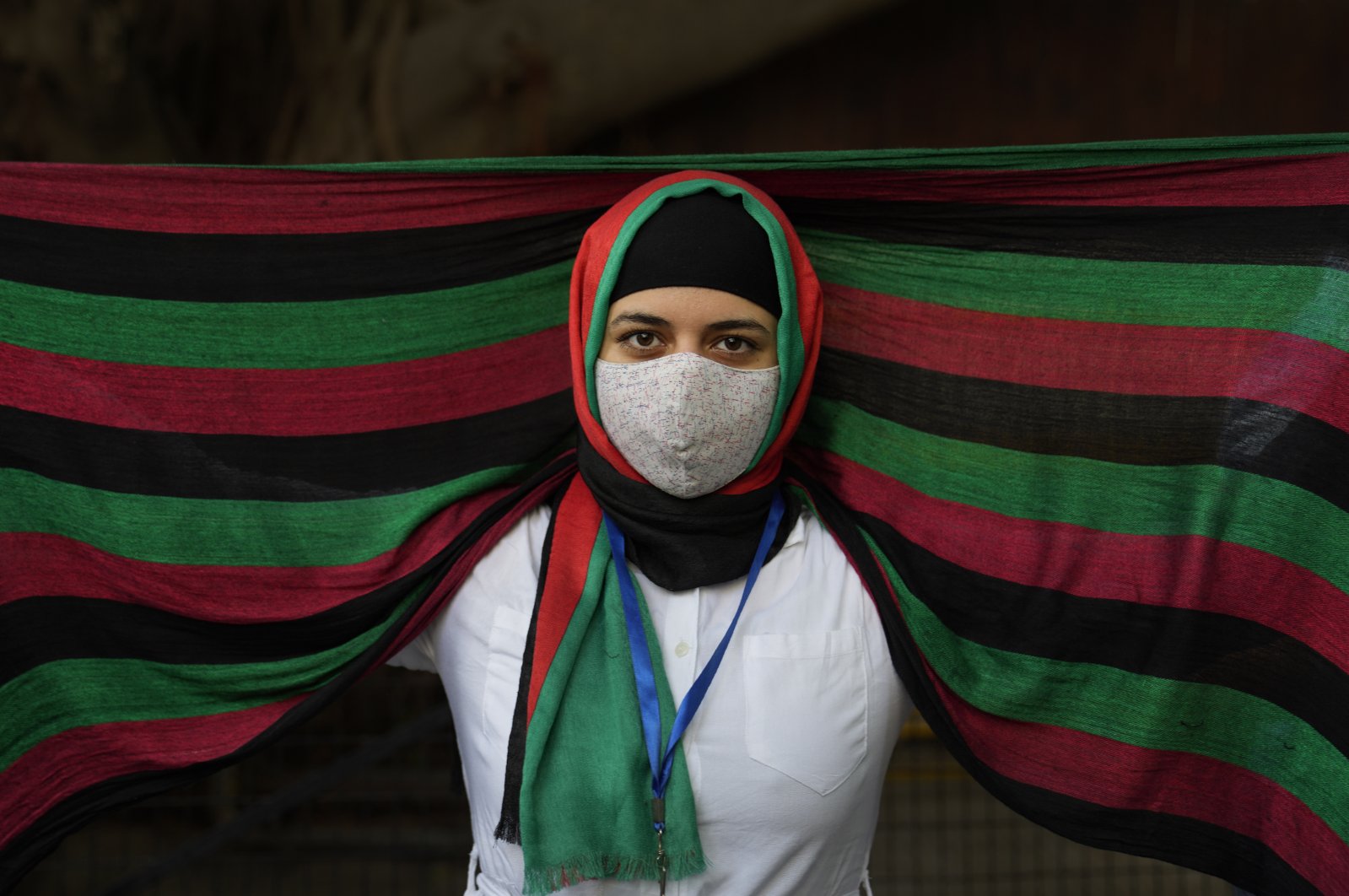 An Afghan refugee living in India wearing a scarf in the colors of the Afghan flag participates in a protest against the Taliban takeover of Afghanistan outside the office of the United Nations High Commissioner for Refugees, in New Delhi, India, Aug. 23, 2021. (AP Photo)
by ASSOCIATED PRESS Sep 14, 2021 11:27 am
RECOMMENDED

India's leaders are anxiously watching the Taliban takeover in Afghanistan, fearing that it will benefit their bitter rival Pakistan and feed a long-simmering insurgency in the disputed region of Kashmir, where pro-independence forces already have a foothold.

Lt. Gen. Deependra Singh Hooda, former military commander for northern India between 2014-2016, said groups based across the border in Pakistan would "certainly try and push men” into Kashmir, following the Taliban victory in Afghanistan.

Hooda added it was too early to predict if any influx of fighters into Kashmir would be "in numbers that destabilize the security situation” and push the region into a military confrontation.

Neighbors India and Pakistan have fought two wars over Kashmir. Both countries rule parts of the Himalayan region, and both claim it in full. Indian officials worry that Afghanistan under the Taliban could be a base for organizing resistance forces in Kashmir, many of whom are allied with Pakistan in their struggle against New Delhi.

New Delhi has called the Taliban Pakistan's "proxy terrorist” group. India had supported Afghanistan's U.S.-backed government before it was overthrown in August.

Syed Salahuddin, the leader of an alliance of Kashmiri pro-independence groups, called the Taliban’s victory "extraordinary and historical” in a voice message shared across social media days after the fall of Kabul. Salahuddin, who is based in Pakistan-controlled Kashmir, said he expected the Afghan group to aid Kashmir's rebels.

"Same way, in the near future, India too will be defeated by Kashmir's holy warriors,” he added.

In the last few years, anger in Kashmir has deepened after the Indian government – led by a right-wing Hindu nationalist party – stripped the Muslim-majority region of its semiautonomous status. Indian officials with direct knowledge of strategic planning for the region say that the Taliban’s rise could draw more recruits and weapons for Kashmiri fighters coming from the Pakistani side. The officials spoke on the condition of anonymity in keeping with government regulations.

"Pakistan’s geopolitical stature has risen with the coming of Taliban and this will result in the hardening of its position on Kashmir,” explained Pravin Sawhney, a military expert and editor of FORCE, a monthly magazine focused on India’s national security.

Pakistan’s powerful spy chief Lt. Gen. Faiz Hameed traveled in early September to Kabul amid speculation that he was there to help in the formation of the new Taliban government. Around the same time, India’s foreign secretary, Harsh Vardhan Shringla, dashed to Washington where he said the United States and his country were "closely watching Pakistan’s actions in Afghanistan.”

Ahead of the final U.S. withdrawal, India was one of the first countries to evacuate its diplomats after the Taliban entered Kabul on Aug. 15, fearing for the safety of its staff. Indian officials maintain that Pakistan-based groups like Jaish-e-Mohammad and Lashkar-e-Taiba, both believed to have helped the Taliban campaign against the U.S., could use Afghanistan as an operating base and training ground.

In 2019, Jaish-e-Mohammad took credit for a bombing in Kashmir that killed 40 Indian soldiers and brought the two nuclear-armed neighbors to the brink of war.

"We do have concerns about the free ingress that these two terrorist groups have had in Afghanistan,” India’s top diplomat Shringla said when in Washington. "The role of Pakistan has to be seen in that context,” he added.

Pakistan also accuses India of fomenting violence within its own borders. Islamabad has said Indian intelligence agents were operating out of Afghanistan and using anti-Pakistan groups like the Baluchistan Liberation Army to carry out attacks. Even though India had no military boots on the ground, it trained the Afghan army and police and supplied military equipment. With no diplomatic presence left in Kabul, India held its first official meeting with a Taliban representative in Qatar on Aug. 31.

New Delhi said it raised its "concern that Afghanistan’s soil should not be used for anti-Indian activities and terrorism in any manner.”

Gautam Mukhopadhaya, who was India’s ambassador in Kabul between 2010 to 2013 said that the Taliban victory could have an "inspirational effect” for Kashmir's rebels. In 1989, partly inspired by the defeat of Soviet troops at the hands of Afghan guerrillas, Kashmir erupted into a full-blown armed rebellion against Indian control.

Muslim Kashmiris continue to support rebel goals for a united Kashmir that would either be independent or ruled by Pakistan. In recent years, tens of thousands of Kashmiris have defied police restrictions and participated in street protests, as well as the funerals of their leaders.

After Indian Prime Minister Narendra Modi changed Kashmir's special status in 2019, the crackdown on dissent and civil liberties in the territory intensified. Hundreds of resistance activists remain in Indian jails.

The Taliban has indicated it wants India to continue with its developmental projects in Afghanistan, but the group has also made statements challenging New Delhi.

Suhail Shaheen, a Taliban spokesperson, recently told the BBC that the group had a right to "raise our voice for Muslims in Kashmir, India or any other country.” Those who have fought against India in Kashmir see renewed hope.