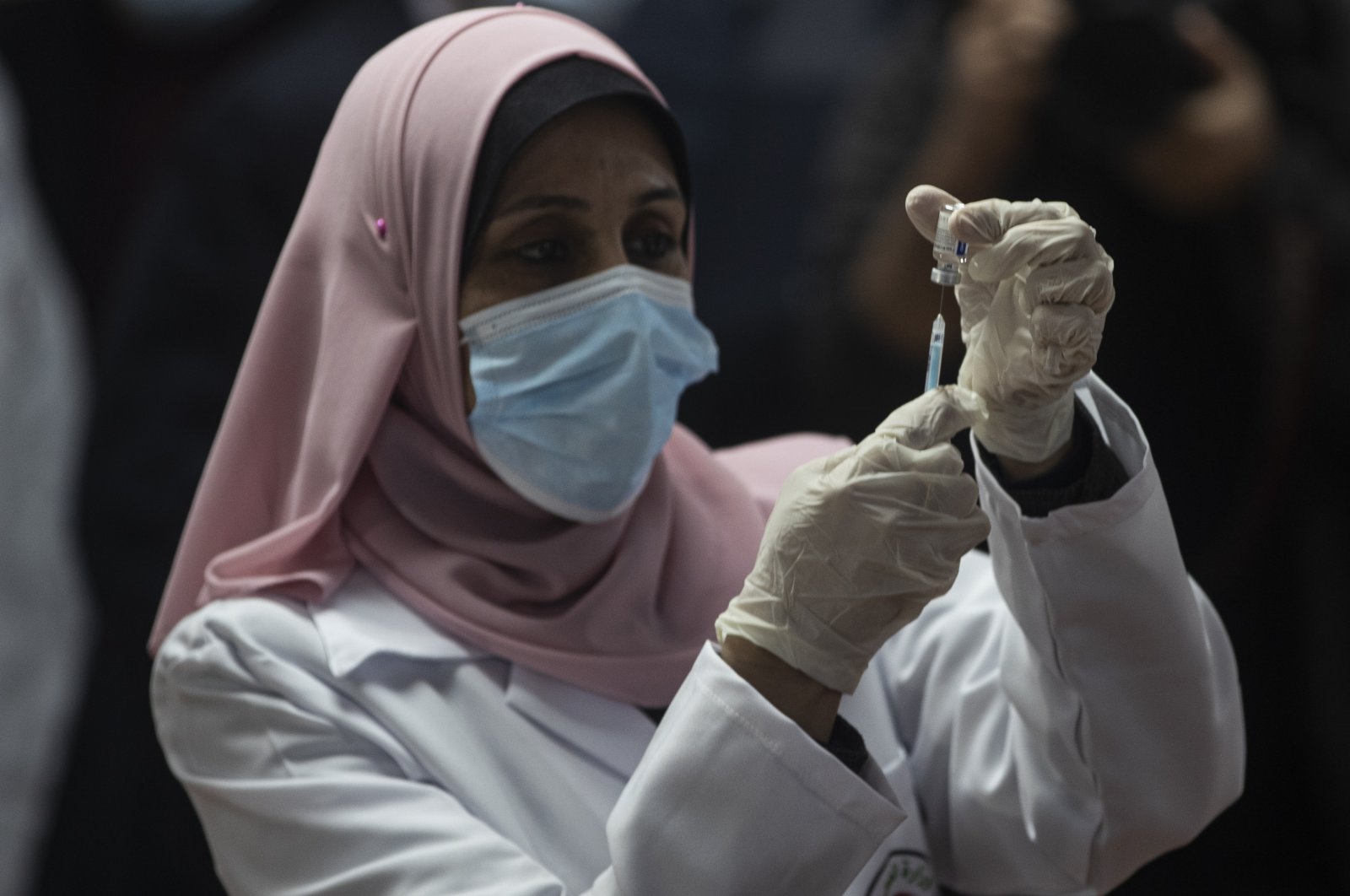 The Gaza Strip began its coronavirus vaccination drive Monday following the arrival of the first vaccines to the blockaded coastal area.

The inoculation drive “will result in more immunity among the people and further curb the spread of the pandemic,” said Health Ministry spokesperson Ashraf al-Qedra.

The area has received just 22,000 doses of vaccines, a tiny fraction of what is needed to immunize the strip's 2 million people, including some 1.4 million people over age 18.

The shortage of vaccines in both the Gaza Strip and the West Bank stands in stark contrast to Israel, which is on pace to immunize almost all of its adult population in the coming weeks. Already, roughly one-third of Israel's 9.3 million people have received two doses of the Pfizer/BionTech vaccine. The disparity has drawn attention to the worldwide inequity in vaccine distribution between rich and poor nations.

U.N. officials and human rights groups have voiced concerns over the disparities and said that Israel, as an occupying power, has an obligation to help the Palestinians. Israel says that under interim peace accords, the internationally recognized Palestinian Authority is responsible. Israel has vaccinated its own Arab population.

The Palestinian Authority has struggled to secure vaccines, obtaining just 2,000 doses from Israel for West Bank medical workers and an additional 10,000 doses from Russia. Last week, it transferred 2,000 of the Russian vaccines to Gaza.

On Sunday, a rival of President Mahmoud Abbas organized a shipment of 20,000 Russian vaccines to Gaza from the United Arab Emirates (UAE) in a move apparently aimed at embarrassing the Palestinian leader ahead of elections in May.

Gaza has been under an Israeli-Egyptian blockade since Hamas won control of the area in 2007 from Abbas' allies. Al-Qedra, the Health Ministry spokesperson, said he expected more vaccines to arrive in Gaza in the coming days.