Turkic Council condemns Israel's use of weapons against Palestinians 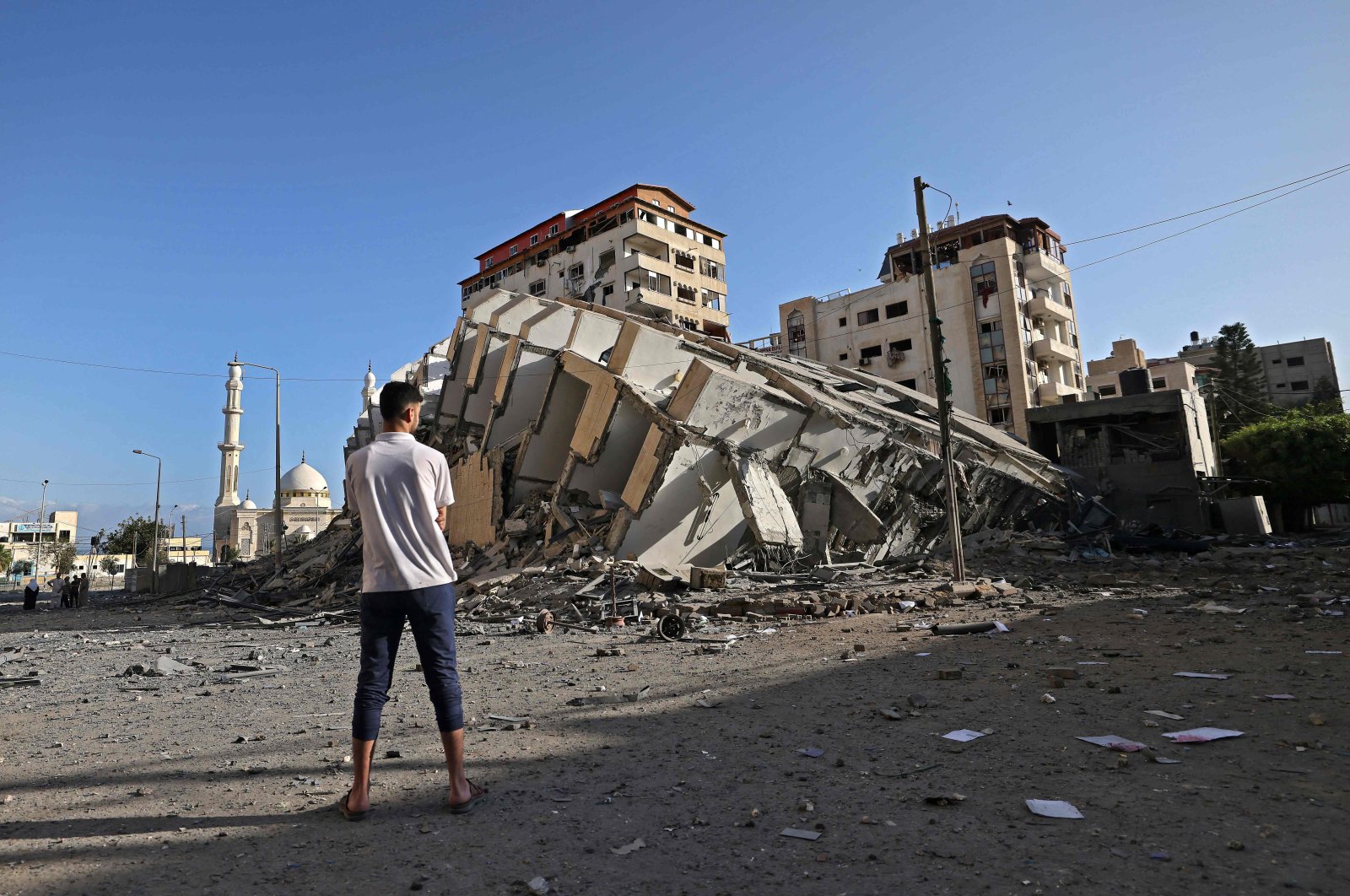 A Palestinian man looks at a destroyed building in Gaza City, following a series of Israeli airstrikes on the Gaza Strip, Palestine, May 12, 2021. (AFP Photo)
by DAILY SABAH May 12, 2021 3:08 pm
RECOMMENDED

The Secretary General of the Turkic Council, Baghdad Amreyev, on Wednesday condemned the “using of weapons and unproportional use of force by Israeli security forces against innocent Palestinian civilians worshiping at Al-Aqsa Mosque.”

In a written statement, Amreyev called on Israel to take the necessary measures for a peaceful resolution of the situation and called for an immediate cessation of “attacks on civilians and armed infiltration of Muslim holy sites.”

“Continuation of violations of the generally accepted norms and principles of international law could undermine security and stability in the region, as well as lead to the loss of innocent lives,” he added.