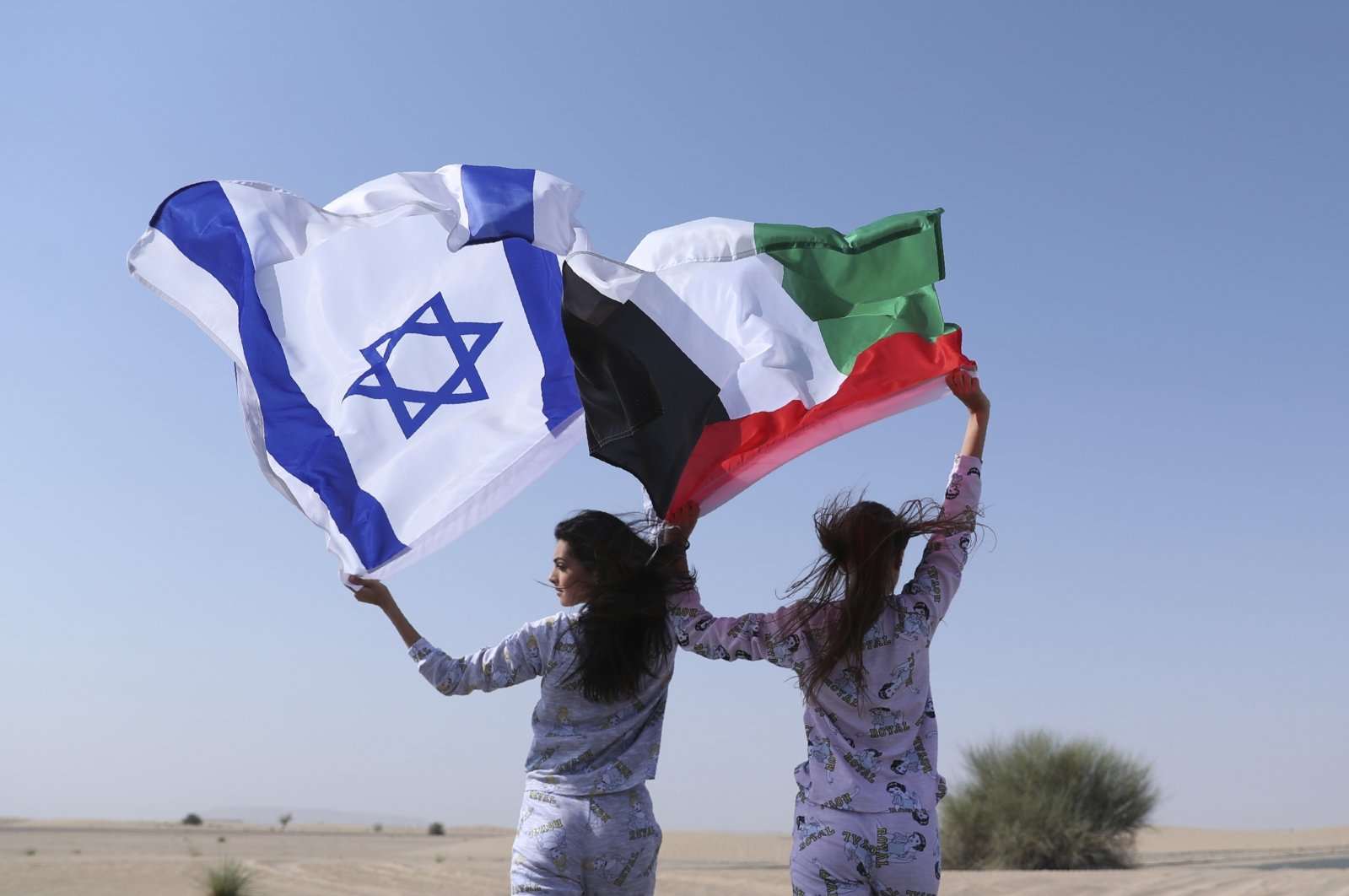 Israeli model May Tager (L) holds Israel's blue-and-white flag bearing the Star of David while next to her Anastasia Bandarenka, a Dubai-based model originally from Russia, waves the Emirati flag, during a photoshoot of Israeli fashion brand Fix, in Dubai, United Arab Emirates, Sept. 8, 2020. (AP Photo)
by REUTERS
May 31, 2021 2:59 pm

The United Arab Emirates (UAE) on Monday signed a tax treaty with Israel to boost economic cooperation between the two countries in wake of Israeli attacks on Palestinian territories.

The UAE finance ministry said in October that it had reached a preliminary agreement with Israel on avoiding double taxation.

The tax convention, once ratified by ministers and parliament this year, will be Israel's 59th and go into effect on Jan. 1, 2022.

It is the first tax treaty reached in the wake of Israel's normalizing relations with the UAE and Bahrain last year. In parallel, Israel has moved to improve ties with Morocco and Sudan.

The treaty is based primarily on the Organization for Economic Co-operation and Development (OECD) model, Israeli Finance Minister Israel Katz said in a statement, adding that it "provides certainty and favorable conditions for business activity and will strengthen economic ties" with the UAE.

Under the agreement, tax deductions, dividends and royalties are capped.

Israeli Foreign Minister Gabi Ashkenazi said the treaty will enable significant promotion of investment and trade that will help both countries' economies.

Since a normalization deal was signed last September, Israeli and Emirati banks and other companies have signed cooperation deals, while also establishing direct flights.

The treaty comes 10 days after Israel agreed to stop its relentless assaults on Palestinians living in the Gaza Strip. The latest Israeli campaign of violence killed more than 250 Palestinians, including 66 children, in the coastal enclave.

Israel is also trying to forcibly remove dozens of Palestinian families from several neighborhoods in occupied East Jerusalem to make way for Israeli settlers to move in.