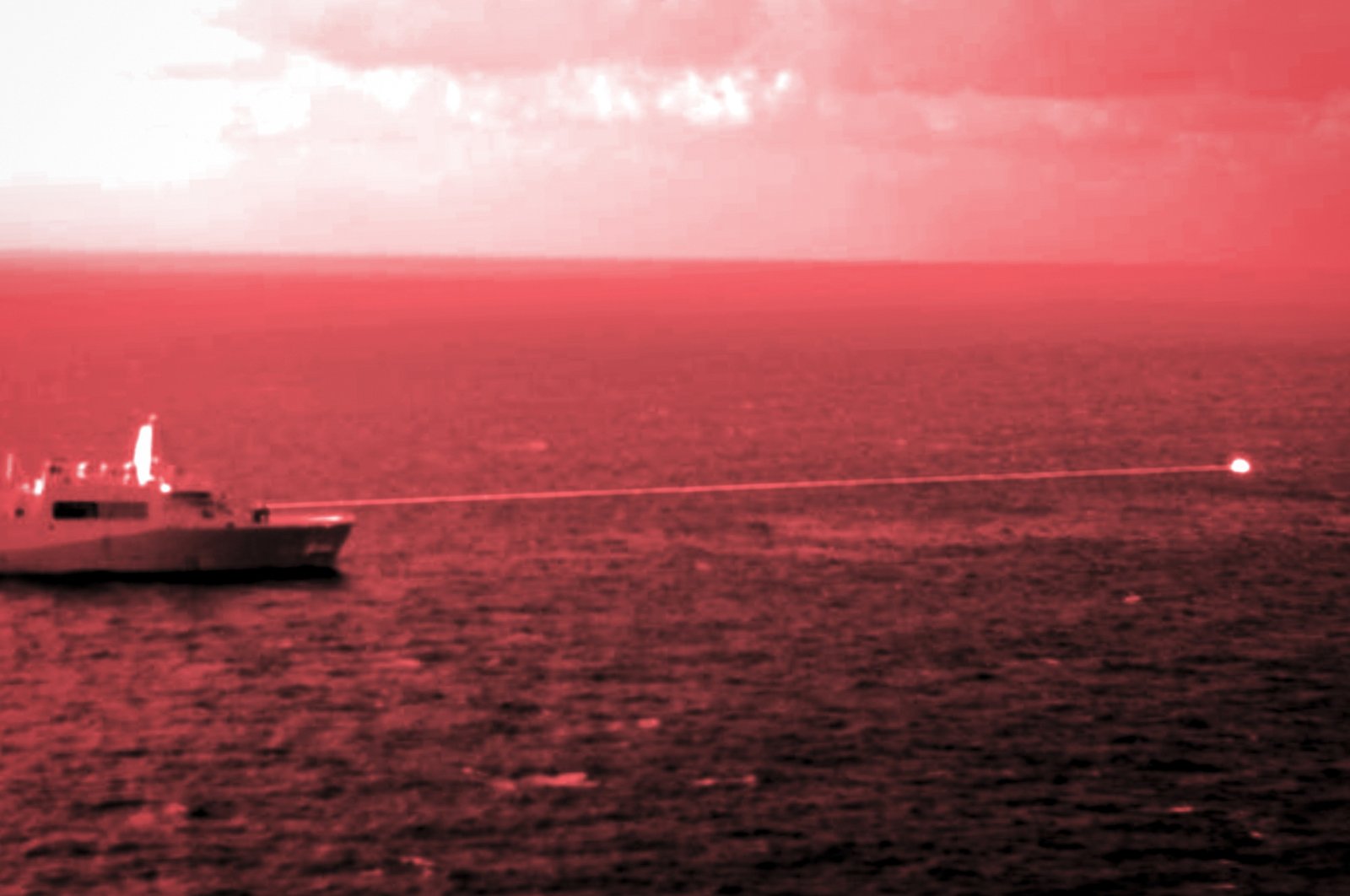 The U.S. Navy tested a laser weapon on a floating target off the coast of Yemen on Wednesday in an important step to bolster security against smaller targets such as bomb-laden drone boats and fast attack craft.

The test Tuesday saw the USS Portland test-fire its Laser Weapon System Demonstrator at the target in the Gulf of Aden, the body of water separating East Africa from the Arabian Peninsula, the navy announced.

The Navy’s Mideast-based 5th Fleet described the laser as having "successfully engaged” the target in a statement. Previously, the Portland used the laser to bring down a flying drone in May 2020.

The Gulf of Aden sits along the southern coast of war-torn Yemen, which has been at war since Iranian-backed Houthi rebels seized its capital, Sanaa, in 2014. A Saudi-led coalition entered the conflict in March 2015 but the stalemate conflict has dragged on for years, becoming the world's worst humanitarian disaster and killing an estimated 110,000 people.

The war also has bled into the surrounding waterways, like the Red Sea and the Bab el-Mandeb Strait, which connects the sea to the Gulf of Aden in the Indian Ocean. These waterways lead to the Suez Canal and onto the Mediterranean Sea, making them crucial for international shipping and global energy supplies.

The Houthis have deployed drone boats into these waters, which can be piloted remotely and sent up to a target before detonating. These boats are suspected of being built with Iran's help.

Emirati officials in 2018 showed footage they described as coming from a drone boat computer that had Iranians building components for the boat’s guidance system, with a hat visible in the background of one picture bearing the symbol of Iran’s hard-line paramilitary Revolutionary Guard. Iran has denied arming the Houthis, though United Nations experts, independent analysts and Western nations point to evidence showing Tehran's link to the weapons.

Iran is also accused of deploying similar boats in the Persian Gulf, where several oil tankers were attacked in recent years. The country also uses small fast attack craft boats, which are effective against bigger ships when deployed in greater numbers.

The Portland, a San Antonio-class amphibious transport dock, has its home port in San Diego. The ship is deployed as part of the Essex Amphibious Ready Group that is now in the Mideast.