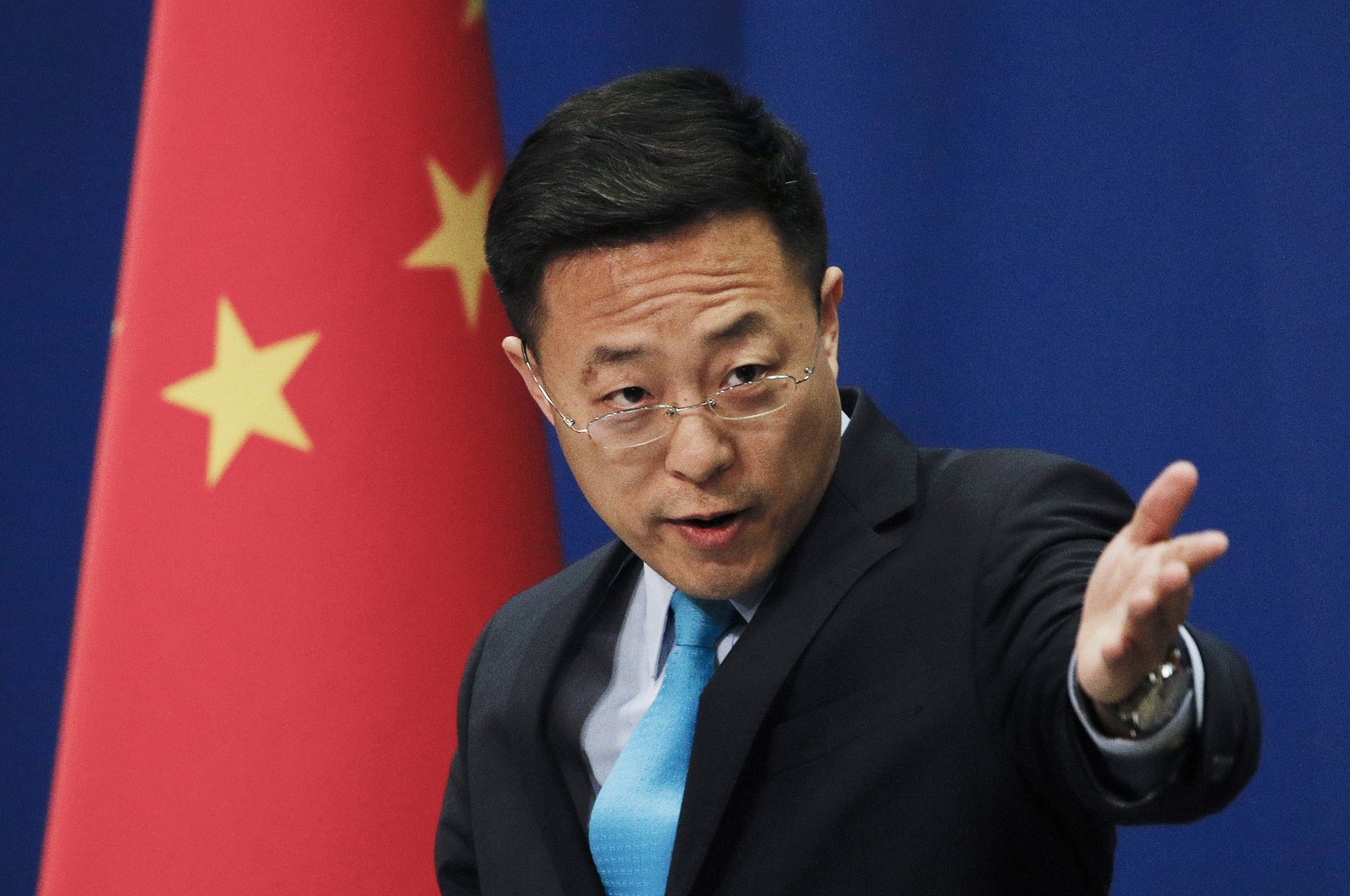 Chinese Foreign Ministry spokesperson Zhao Lijian gestures as he speaks during a daily briefing at the Chinese Ministry of Foreign Affairs office in Beijing, China, Feb. 24, 2020. (AP Photo File Photo)
by Anadolu Agency May 19, 2021 10:17 am
RECOMMENDED

China leveled harsh criticism on Tuesday over the way the United States wields its veto power in the United Nations Security Council, saying that the U.S. is paying lip service to attempts to de-escalate the Middle East tensions.

"What the U.S. does amid the Palestine-Israel conflict is deeply disappointing. Is this the human rights the U.S. touts around when Palestinian people suffer, or is it an excuse to serve U.S. self-interest?" Foreign Ministry spokesperson Zhao Lijian said in a short statement posted on Twitter.

"Is this what U.S. calls rule-based international order?" the spokesman questioned.

In a press briefing earlier in the day, Lijian said the U.S., rather than taking proactive measures to forestall the Palestine-Israel conflict, stands ready to fuel the tension.

"The U.S. has been isolated at the Security Council unprecedentedly and is standing on the opposite side of mankind's conscience and morality," he said.

He was referring to the UNSC's previous efforts for a statement demanding an immediate cease-fire, which have all been blocked by the U.S. and its threat of veto.

"The international community is deeply upset by how the U.S. has behaved in the Palestine-Israel conflict. People can't help but ask, is this the diplomacy featuring so-called human rights and values the U.S. claims to champion?

"Why has the U.S. been so callous about the Palestinian people's human rights while it keeps talking about upholding Muslims' human rights?" he asked.

Lijian also accused Washington of favoritism and said the U.S. only cares about its interests, not the merit of the matter itself.

"Isn't it just using human rights as a pretext? The U.S. opposition has held back the Security Council from taking actions on the Palestine-Israel conflicts, is this what the U.S. calls rules-based international order?" he added.

Lijian reassured that China will continue to push the Security Council to fulfill its duty.

China and Norway requested another UNSC meeting on Tuesday to discuss Israel's continued offensive on the Gaza Strip.

The death toll in Gaza reached 217 as of late Tuesday, including 63 children and 36 women, in addition to around 1,500 injuries, according to figures from the Palestinian Health Ministry.