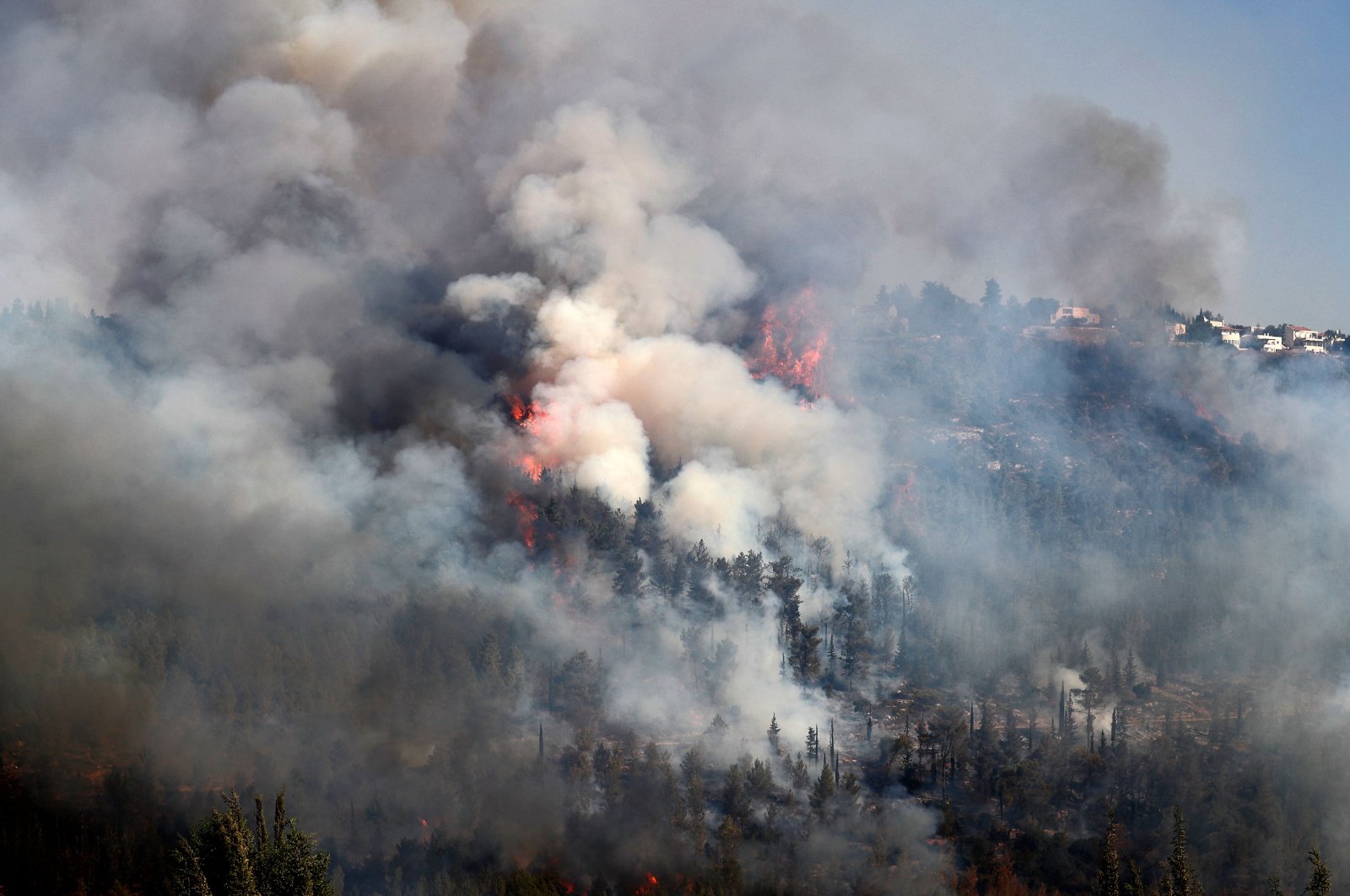 A forest fire raged for a third day in a row near Jerusalem on Tuesday as Israeli firefighters worked to contain the blaze that has consumed a large swath of forest west of Jerusalem and threatened several communities.

Israel Fire and Rescue Service said that 110 firefighting teams accompanied by eight aircraft were working to combat the fire that has consumed around 20 square kilometers (7.7 square miles) of land, making it one of the largest wildfires in the country's history.

On Monday, Israel asked regional ally Greece for assistance in fighting the fire, and Foreign Minister Yair Lapid said he was also reaching out to Cyprus, Italy and France for possible assistance.

Hot, dry weather and short winters in recent years have left the wooded hills near Jerusalem especially prone to wildfires. The blaze that began Sunday has cloaked Jerusalem in a pall of thick black smoke.

Fire and Rescue chief Dedi Simchi said investigators were still working to determine the cause of the fire.

“The fire broke out as a result of human actions, whether it’s negligence or rashness or malice or arson, we don’t know,” he told reporters on Monday.

Israel and other countries on the coast of the Mediterranean Sea have had a searing summer, with deadly wildfires in Algeria, Italy, the island of Cyprus, Greece and Turkey.

Algeria was the hardest hit, with at least 90 people killed in wildfires last week.

Morocco and Tunisia have also been affected.