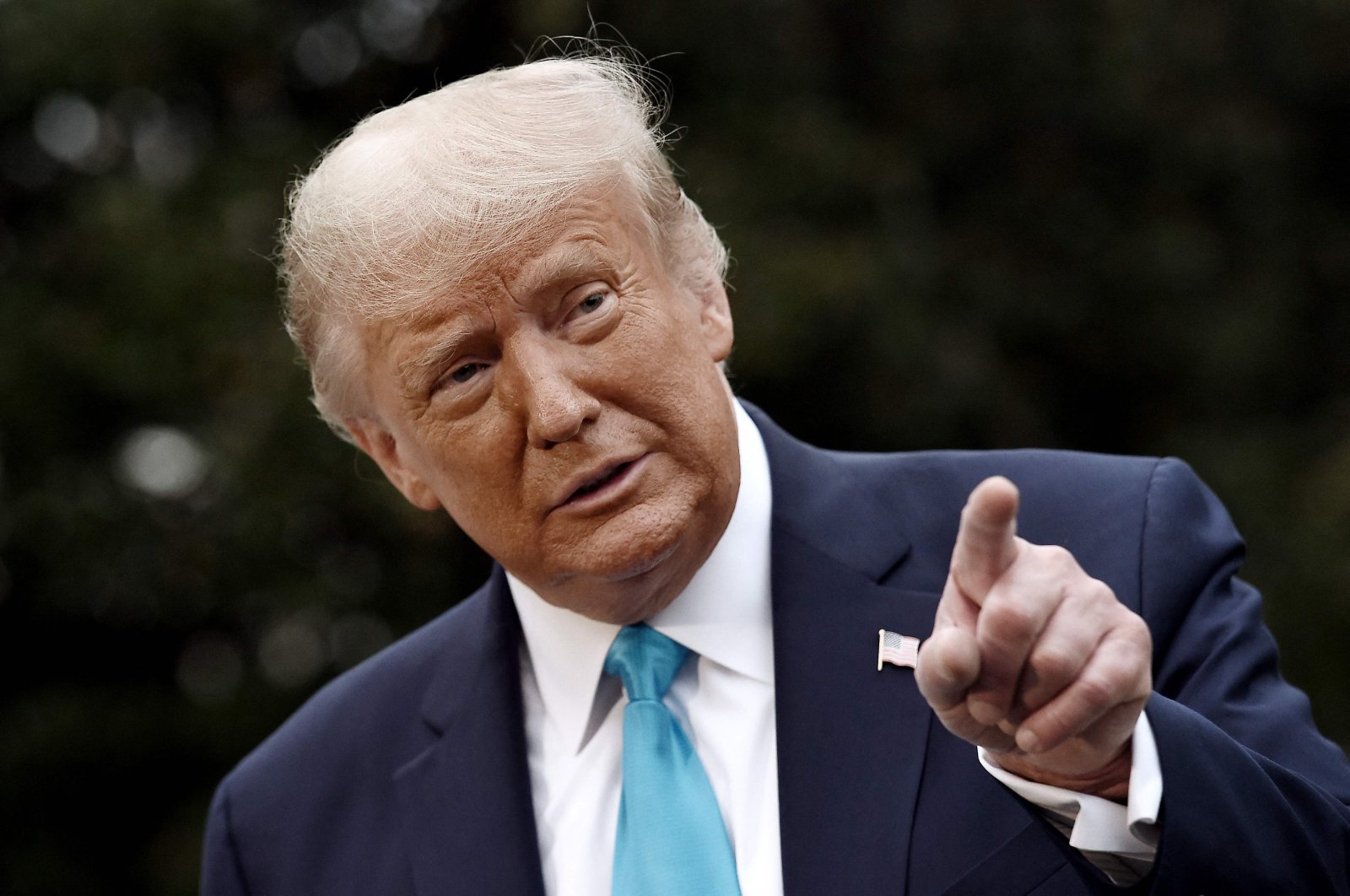 Former U.S. President Donald Trump speaks to reporters as he makes his way to board Marine One from the South Lawn of the White House in Washington, Sept. 26, 2020. (AFP File Photo)
by Agencies
Mar 01, 2021 7:53 pm

The Nobel Institute announced on Monday that more than 300 people and organizations have been nominated for this year’s Nobel Peace Prize, including young Swedish climate activist Greta Thunberg and ex-U.S. president Donald Trump.

"It has been a special year, marked by COVID-19, and it would have been surprising if this had not been reflected in the nature of the nominations," Nobel Institute director Olav Njolstad told Agence France-Presse (AFP), declining to be more specific.

The total of 329 nominations falls short of the record set in 2016 when the institute was faced with 376 nominations. The names of nominees are kept secret for at least 50 years, but sponsors, who include politicians, former laureates and university professors, may choose to make their choices public.

"It is the third highest ever total number," Njoelstad told Reuters. Of this year's total, some 234 are for individuals and 95 are for organizations.

"It reflects a lot of international interest in the Nobel Peace Prize," he said. "It probably also reflects that there are a number of unsolved conflicts, wars and human rights problems around the world."

Receiving a nomination for the prize does not mean endorsement by the Nobel Committee, which accepts all nominations from qualified sponsors.

The committee had awarded last year's prize to the World Food Programme (WFP). This year, other known nominated groups include press freedom NGOs such as Reporters Without Borders (RSF) and the Committee to Protect Journalists (CPJ) and the World Health Organization (WHO) for its role in addressing the global COVID-19 pandemic.

The Nobel Committee will announce its annual decision in October. While the ceremony for the peace prize and other Nobel prizes will take place on Dec. 10, the anniversary of Alfred Nobel’s death.

Five Nobel Prizes were established under the terms of Alfred Nobel’s will. A sixth prize, for economics, was created by the Central Bank of Sweden in 1968 as a memorial to Nobel.

Each prize carries substantial cash awards that are adjusted each year. In 2020, they came with a 10-million krona ($1.1 million) cash award, which often is shared, along with diplomas and gold medals.