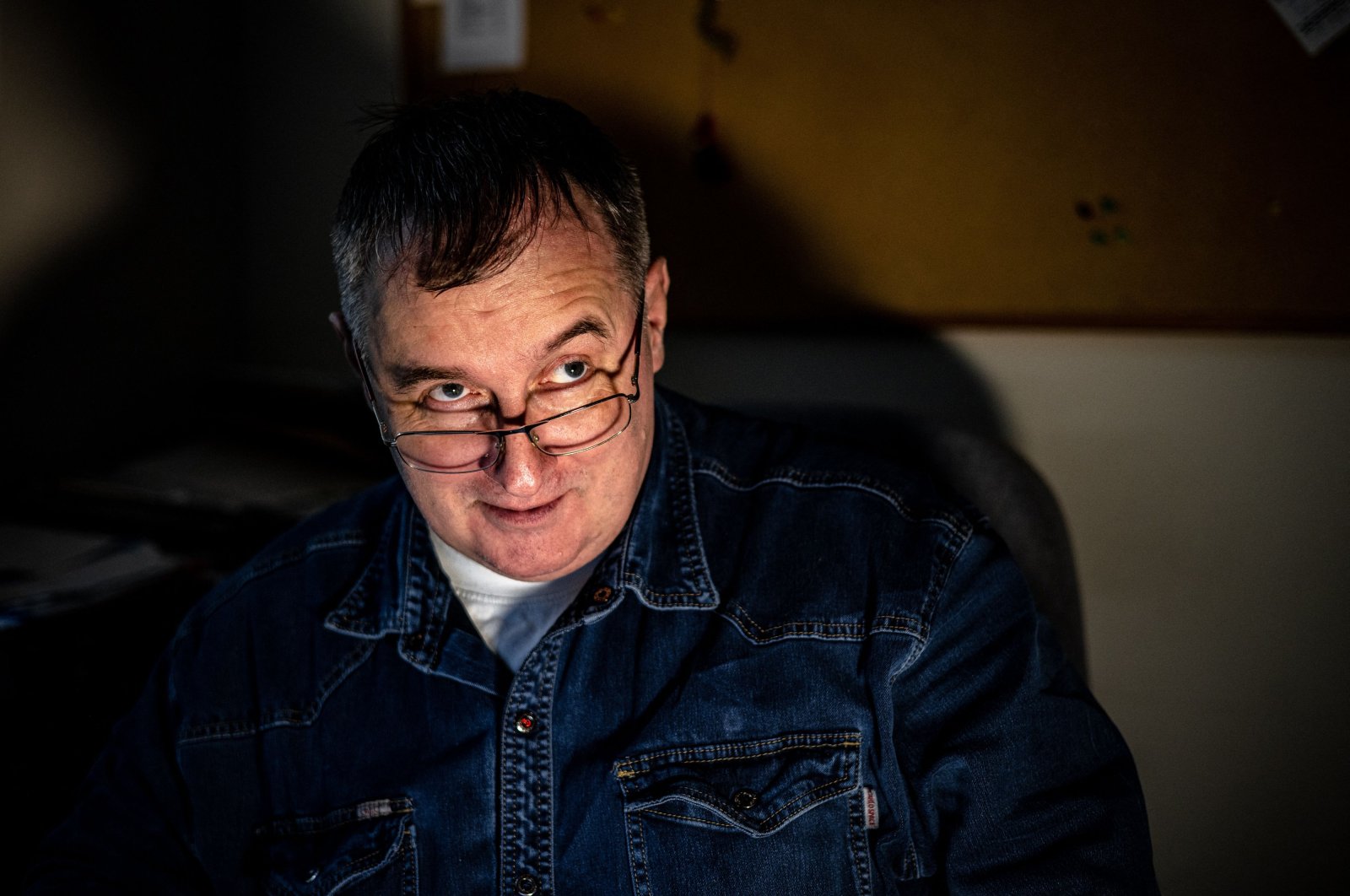 Alexander Cherkasov, chairman of the board of the main Russian human rights NGO Memorial, attends an interview with AFP in Moscow on March 12, 2021. (AFP Photo)
by Daily Sabah with AFP Mar 15, 2021 3:01 pm
RECOMMENDED

Three nongovernmental organizations (NGOs) from France, Russia and Syria on Monday announced a landmark case against the Russian mercenary group Wagner in Moscow over the torture of a Syrian detainee.

The legal proceedings, which come on the 10th anniversary of the Syrian civil war, aim to hold to account the murky fighting force with Kremlin ties.

The legal push against private military contractor Wagner Group follows a wave of torture-related cases in Europe against Syrian regime officials, a decade into a punishing war whose tide was turned by Moscow's military intervention in 2015.

Three prominent advocacy groups filed the criminal complaint against alleged members of the contractor outfit over the 2017 beheading of a man, who believed to had deserted the Syrian army.

Wagner has been linked to Yevgeny Prigozhin, a powerful ally of President Vladimir Putin, and the case probing potential "war crimes" is unlikely to lead to any convictions.

Prigozhin, 59, who has been hit with U.S. sanctions for meddling in the 2016 United States presidential elections, denies any association with Wagner.

But the proceedings represent a rare attempt to bring Wagner out into the open, several years after reports of their deployment, in conflict zones across the Middle East and Africa, first emerged.

"This complaint is important because we aren't just dealing with a single crime. This is a whole wave of impunity," Alexander Cherkasov, a senior member of Memorial, one of the groups bringing the claim, told Agence France-Presse (AFP).

"People who escape punishment after carrying out crimes like this are given the opportunity to repeat them in places like Chechnya, eastern Ukraine and Syria. In the end, they come back to Russia and walk the streets among us."

Although private military companies are illegal in Russia, Wagner has in recent years played an increasingly important role in buttressing and realizing the Kremlin's ambitions abroad, observers say.

The Carnegie think-tank has described Wagner as "one of Moscow's worst kept secrets."

It said the group has two primary goals: "To provide the Kremlin with plausible deniability when deploying fighters in war zones" and be "a ready-made capability for building influence with receptive states."

The group was reportedly dispatched alongside Russian warplanes and ground troops following Moscow's intervention in the Syrian war in September 2015 on the side of Bashar Assad's army.

Its presence there was forced into the spotlight in 2018 when independent newspaper Novaya Gazeta reported that several Russian-speaking men who executed and mutilated a detainee on video in the eastern Homs province were Wagner fighters.

The complaint brought Monday on behalf of the victim's family aims to force Moscow to bring criminal proceedings against the alleged members of the private contractor group, in what NGOs say is the first case of its kind.

In a statement, the International Federation for Human Rights (FIDH), Memorial and the Syrian Center for Media and Freedom of Expression said they had filed evidence that clearly links at least one defendant to Wagner.

"The Russian government must assume its legal and moral responsibilities for the violations committed by its army, including the private entities involved in external military operations under its command, such as the Wagner Group," said Mazen Darwish, director-general and founder of the Syrian Center for Media and Freedom of Expression,

Ilya Novikov, one of the Syrian family's lawyers, said Russia is obliged under its constitution to investigate crimes carried out by Russian nationals abroad.

But, he added, "the Investigative Committee has not, to date, initiated any investigation of the crime in question."

The complaint on Monday follows dozens brought in Germany, Austria, Sweden and Norway against officials in Assad's regime by around 100 refugees, backed by the European Center for Constitutional and Human Rights (ECCHR), a Berlin-based NGO.

Across Europe, activists are joining forces with police and U.N. investigators in collecting testimonies, sifting through tens of thousands of photos, videos and files of one of the best-documented conflicts in history.

Cherkasov said the mercenary group's work and their lack of legal oversight harken back to a similarly dark period in Russia's recent past, namely Moscow's wars in Chechnya.

"This is a repeat of what happened 20 years ago, when enforced disappearances, torture and extrajudicial executions committed during the armed conflict in the Northern Caucasus were likewise not investigated," he said.

"Today, we see another link in this chain of impunity."

After appearing in Syria, Wagner fighters have since resurfaced in politically volatile African countries like the Central African Republic as military "instructors" and Libya, where they are propping up the rival administration of putschist Gen. Khalifa Haftar.

Though the group tries to stay away from attention, its operations, however, have not been without losses or scandal.

Belarus last year detained 33 "militants" from the group, accusing them of planning riots with the opposition ahead of elections.

The men claimed they were transiting through the Belarusian capital Minsk to destinations including Venezuela, Libya, Cuba, Turkey and Syria, in an admission for Moscow, which discretely secured their release.