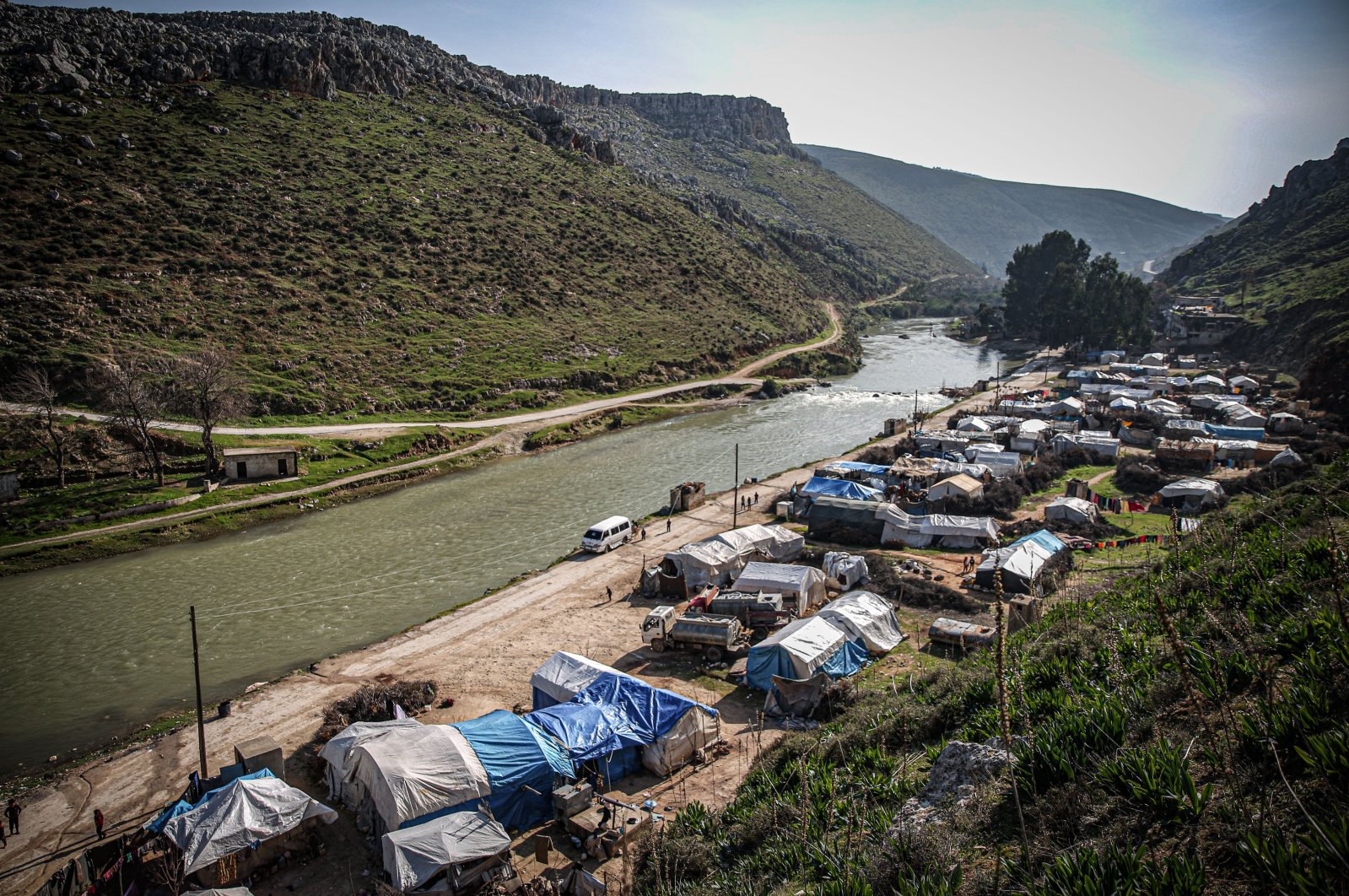 The rising waters of the Orontes River are becoming a source of concern among Idlib locals living in villages and camps near the river, which are under the threat of being flooded.

Reaching from Lebanon to the southern Turkish province of Hatay through Syria, the Orontes River, known as Asi River in Turkey, which is 571 kilometers (354 miles) long, is witnessing an alarming rise in its water level due to constant rains in the region.

Despite being the source of life for the region for thousands of years, this year the river has the potential to ruin lives as it may flood the already fragile settlements of the Syrians, most of whom are displaced and living in tents.

If the river's waters flood, people living nearby are likely to lose their houses and shelters, while dozens may drown.

Although there are multiple dams on the river designed to balance the water levels, in this case, whether the dams are open or not does not make a major difference in diminishing the risk levels.

In order to prevent possible flood threats, the White Helmets civil defense group has completed its preparations. The group's officials visited the Syrians living nearby to warn and inform them about the issue. The group also has its diving equipment ready just in case.

The Syrian Civil Defense's press authority in Jisr al-Shughur district of Idlib, Dureyid Hac Hamud, said that the agricultural fields, of which thousands of locals gain their livelihoods, in the region are at great risk of being flooded. He added that there are a total of 80 families inhabiting the area, as well as a tent camp named Sheik Isa.

"We are warning all locals to stay away from the riverside," Hamud said to Anadolu Agency (AA).

The head of the Sheik Isa camp Celal Isa also said that there are 86 families in the camp, where many tents have already been flooded this year due to the heavy rain.

Isa called on humanitarian aid for the camp residents.