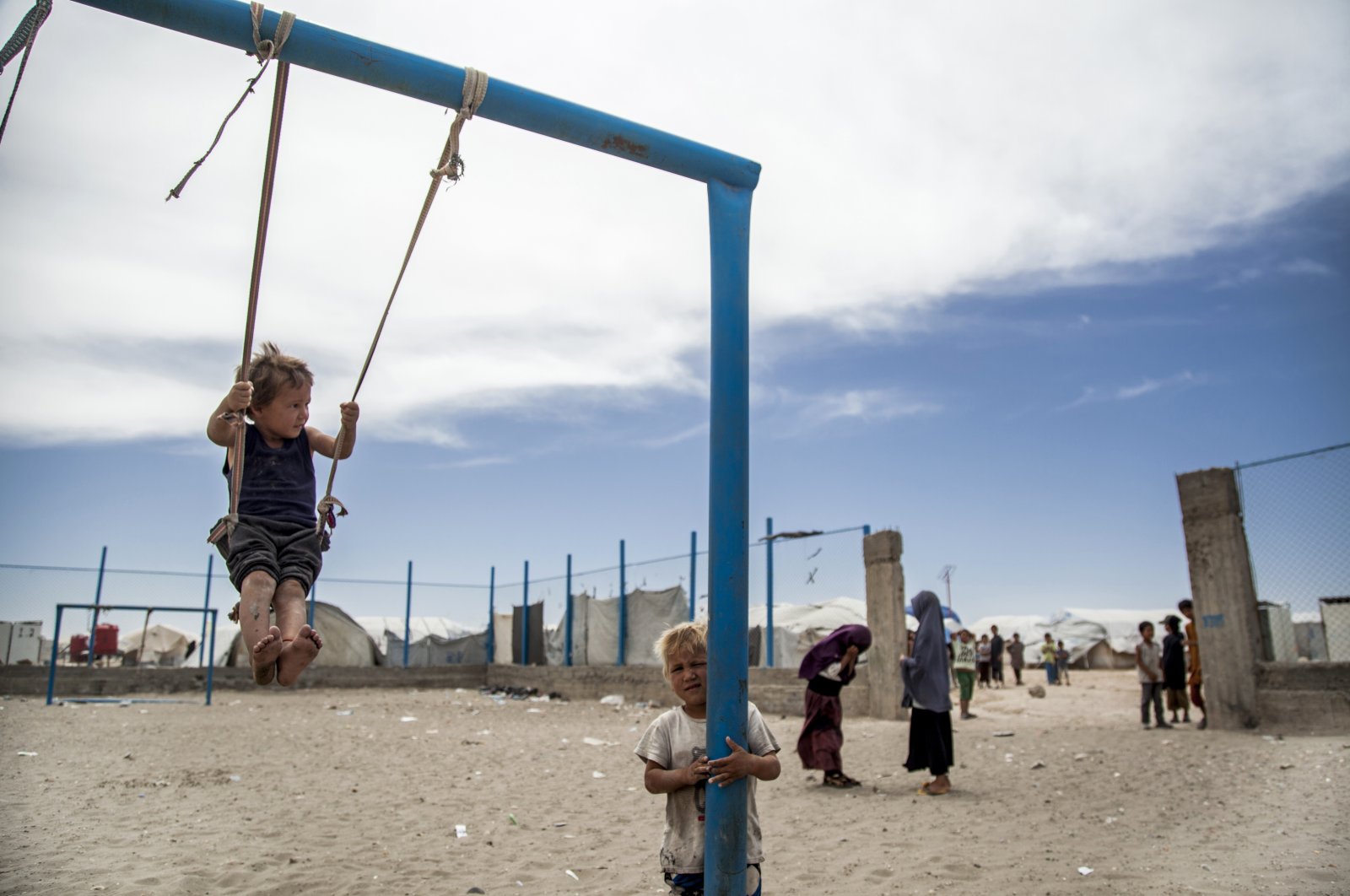 Children play at the al-Hol camp, which houses some 70,000 refugees, including families and supporters of the Daesh terrorist group, many of them foreign nationals, in Hassakeh province, Syria, May 1, 2021. (AP Photo)
by Daily Sabah with AP May 26, 2021 1:40 pm
RECOMMENDED

Nearly a dozen buses carrying 100 Iraqi families who lived in a sprawling Syrian camp – controlled by the PKK terrorist group's Syrian branch, YPG – for supporters and families of Daesh terrorists returned to Iraq Tuesday, where public opinion is divided about their return.

The families include women, children and men, according to local officials familiar with the repatriation plans.

Iraqi security officials in Ninevah confirmed the buses had entered the province and would be going to Jadah camp, near the town of Qayara. The officials declined to be named because the repatriation has not yet been made public.

The buses were accompanied by a huge convoy of Iraqi security forces, including the army, the federal police and the Popular Mobilization Forces.

The families have been living in the al-Hol camp in northeastern Syria since early 2019 following the military defeat of the extremist group in which it lost the last territory it held.

The repatriation is one of the issues discussed between Iraqi and U.S. officials and has been delayed before amid opposition from Iraqi officials out of security concerns.

The al-Hol camp is home to nearly 70,000 people – most of them women and children – who were displaced by the U.S.-led coalition offensive against Daesh. Nearly half of those living in the sprawling camp were Iraqis who faced dire living and security conditions.

About 10,000 foreigners are housed in a secure annex in the camp, and many remain die-hard Daesh supporters.

This has made the repatriation of Iraqis and many foreigners a contentious issue. Despite calls for repatriation, many countries have declined to take their nationals back. That's either because they have no legal recourse for how to handle former Daesh members or out of fear of their continued link with the terrorist group.

Tuesday’s transfer has been months in the making with many failed previous attempts. Rejection by officials and residents in Ninevah province, where the Jadah camp is located, has been the principal cause of delays.

In Iraq, the transfer is handled by the National Security Agency, not the Ministry for Migration, because of the returnees' Daesh affiliation.

Plans were forged to bring the 100 families to Jadah camp in the first week of May but were derailed after local authorities and the Ninevah Joint Operations Command, which includes an array of security forces in the province, protested.

Yazidis also protested the return of the families, saying they would pass through their territories in Sinjar and remain in close proximity, raising fears among the traumatized community that is still missing over 6,000 of their people.

There is clear and compelling evidence showing that Daesh terrorists committed genocide against the Yazidi minority in Iraq in 2014, the head of a United Nations investigation team said last week.