Medical workers in Idlib protest WHO board seat for Syrian regime 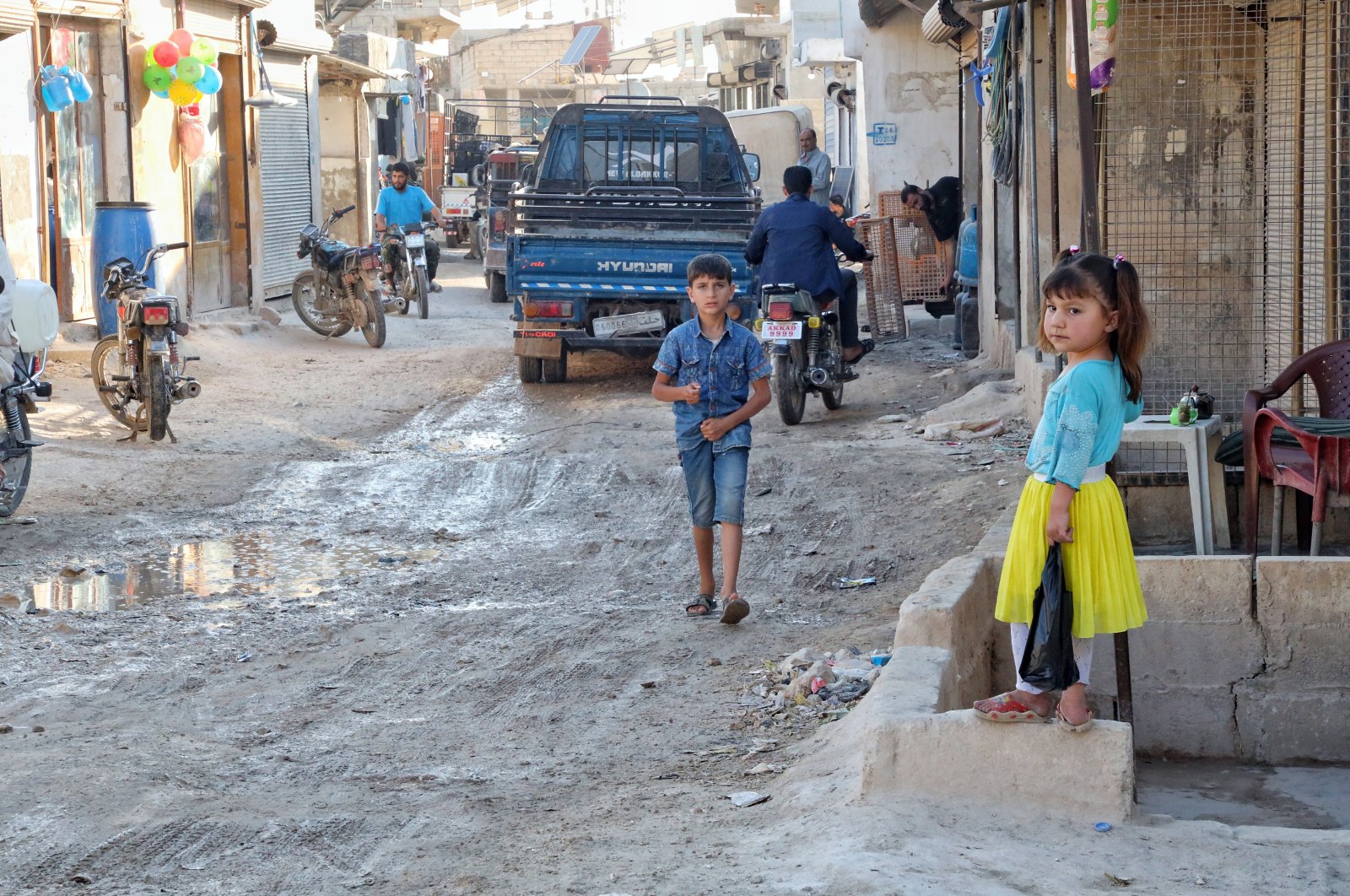 Daily life of displaced Syrians in Karama camps in the northern countryside of Idlib governorate on the Syrian-Turkish border on May 30, 2021. (Photo by Getty Images)
by Daily Sabah with AP Jun 01, 2021 11:29 am
RECOMMENDED

Medical workers in the opposition-held northwest Idlib region of Syria on Monday protested a decision to grant Bashar Assad's regime a seat on the executive board of the World Health Organization (WHO), stating that Assad is responsible for bombing hospitals and clinics across the war-ravaged country.

The decision to give the Syrian regime a seat came a decade into the country’s devastating civil war that has left untold numbers of civilians – including many health care workers – dead and injured.

The selection of Syria at a little-noticed session Saturday of the WHO’s annual assembly – which brings together all member states of the United Nations health agency – has evoked outrage in opposition-held Idlib province.

Syria was among 12 WHO member states that were chosen to appoint new members for the 34-member board in an assembly vote that faced no debate or opposition. The regime will take up the seat for the executive board’s next session, which begins Wednesday.

The revelation was highlighted by the advocacy group U.N. Watch, which keeps tabs on perceived hypocrisies and other shortcomings of the world body and its affiliated organizations like the WHO.

The board is largely a technical group whose role is to carry out the decisions of and advise the assembly, which is made up of all WHO member states and has been meeting since May 24.

“We reject the idea that our killer and he who destroyed our hospitals be represented on the executive board,” read a banner carried by some of the protesters in Idlib on Monday. Some two dozen medical staff members protested outside the main health department.

Citizen journalist Salwa Abdul-Rahman, who is based in Idlib province – the last opposition stronghold in the country – said he worried a representative of the regime could work on cutting medical assistance to the region that is home to millions of people.

Nearly 75% of the total population in the Idlib region depends on humanitarian aid to meet their basic needs as 1.6 million people continue to live in camps or informal settlements, the U.N. Office for the Coordination of Humanitarian Affairs (OCHA) said recently.

Syria's war has left half a million people dead and driven millions out of the country since the conflict erupted in 2011. Investigators working for the U.N.’s main human rights body and international advocacy groups have reported that the Assad regime and its allies – like Russia and Iran – have been responsible for the destruction of health care facilities as part of the years of fighting.

Hundreds of medical facilities have been bombed, mostly in regime airstrikes; half the hospitals and health centers are functioning only partially or not at all, while 70% of the medical personnel have fled the country.

Earlier this year, an attack by the Assad regime and its backer Russia on a hospital in Idlib province was executed on purpose, Turkish security sources stated, adding that they had previously attempted to target the hospital but missed.

Turkey and Russia support rival parties in Syria’s 10-year conflict. The countries reached a cease-fire deal in March 2020 that stopped a Russian-backed regime offensive on Idlib.

The Syrian Network for Human Rights told Daily Sabah that the Assad regime and its allies have carried out at least 75 attacks in a year since Turkey launched Operation Spring Shield and brokered the cease-fire last March.

A WHO emergency appeal for the Syrian regime issued in March said at least 12.4 million people are in need of assistance in Syria, and the “essential health service infrastructure such as hospitals and health care centers are in a state of disrepair.”

By the end of December, it said, only half of the country’s assessed public hospitals were reported to be fully functioning. Up to half of Syria’s health care workforce has left the country.