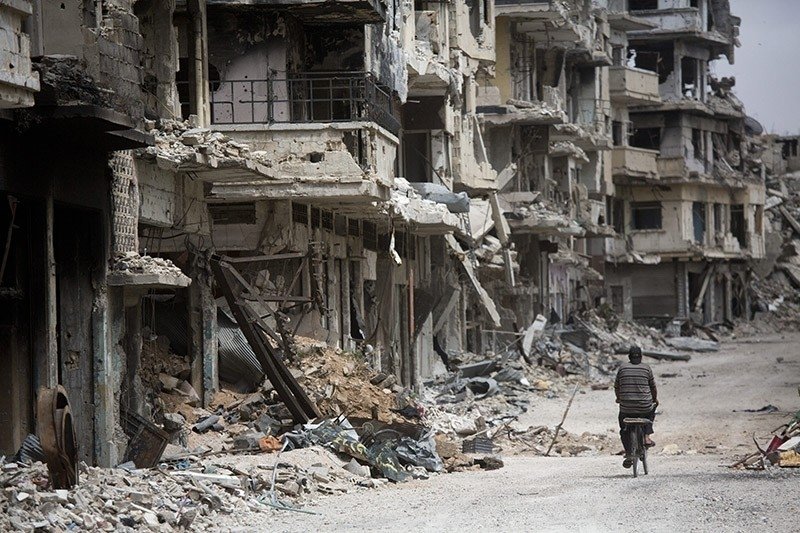 New documents reveal the Bashar Assad regime's involvement in war crimes against civilians in a hospital in the city of Homs.

The Syrian Opposition Coalition (SOC) unveiled new documents on Saturday. Speaking at a news conference in Istanbul, Nasr al-Hariri, the president of the National Coalition of Syrian Revolutionary and Opposition Forces, shared documents that prove the regime's involvement in the mass murder of 5,210 people in Abdul Qader Al-Shaqfa Hospital in the al-Waer district of Homs.

He noted that the person who leaked the documents from the hospital currently lives in the liberated areas and that the documents are official and were issued by the Assad regime as they carry stamps of the forensic medicine, hospital administration and regime's security services.

Al-Hariri stressed that the SOC will work with the United Nations, European Union, United States, United Kingdom, U.N.'s Human Rights Council and other international organizations to establish effective mechanisms for holding the Assad regime accountable for these crimes.

In its 10th report, released in 2013, the Independent International Commission of Inquiry on the Syrian Arab Republic said the Assad regime used Abdul Qader Al-Shaqfa Hospital as a military base to suppress protests.

War crimes committed by the Bashar Assad regime to oppress civilians and crush the opposition, including the use of chemical weapons, rape, torture, the targeting of civilian settlements and the deployment of terrorist organizations, have been previously documented in reports by the United Nations and independent human rights organizations.

The U.S. last year announced new sanctions on the Syrian regime for its crimes, targeting 39 new entities under the Caesar Syrian Civilian Protection Act of 2019, which Donald Trump signed into law in December.

The Syrian Observatory for Human Rights, a U.K.-based war monitoring group, says at least 100,000 people have died from torture or harsh conditions in regime custody since the conflict began.

Already in 2012, Human Rights Watch (HRW) said Syria was holding tens of thousands of detainees in a "torture archipelago." It documented 27 detention facilities nationwide used to hold people swept up in the regime's crackdown on protesters.

Furthermore, according to the Syrian Network for Human Rights (SNHR), at least 146,825 individuals are still detained arbitrarily or have been forcibly disappeared since March 2011.

HRW has also accused the Syrian regime forces since 2012 of using banned incendiary weapons against its opponents.

The observatory and other activists claim the regime has dropped TNT-packed barrels from aircraft.