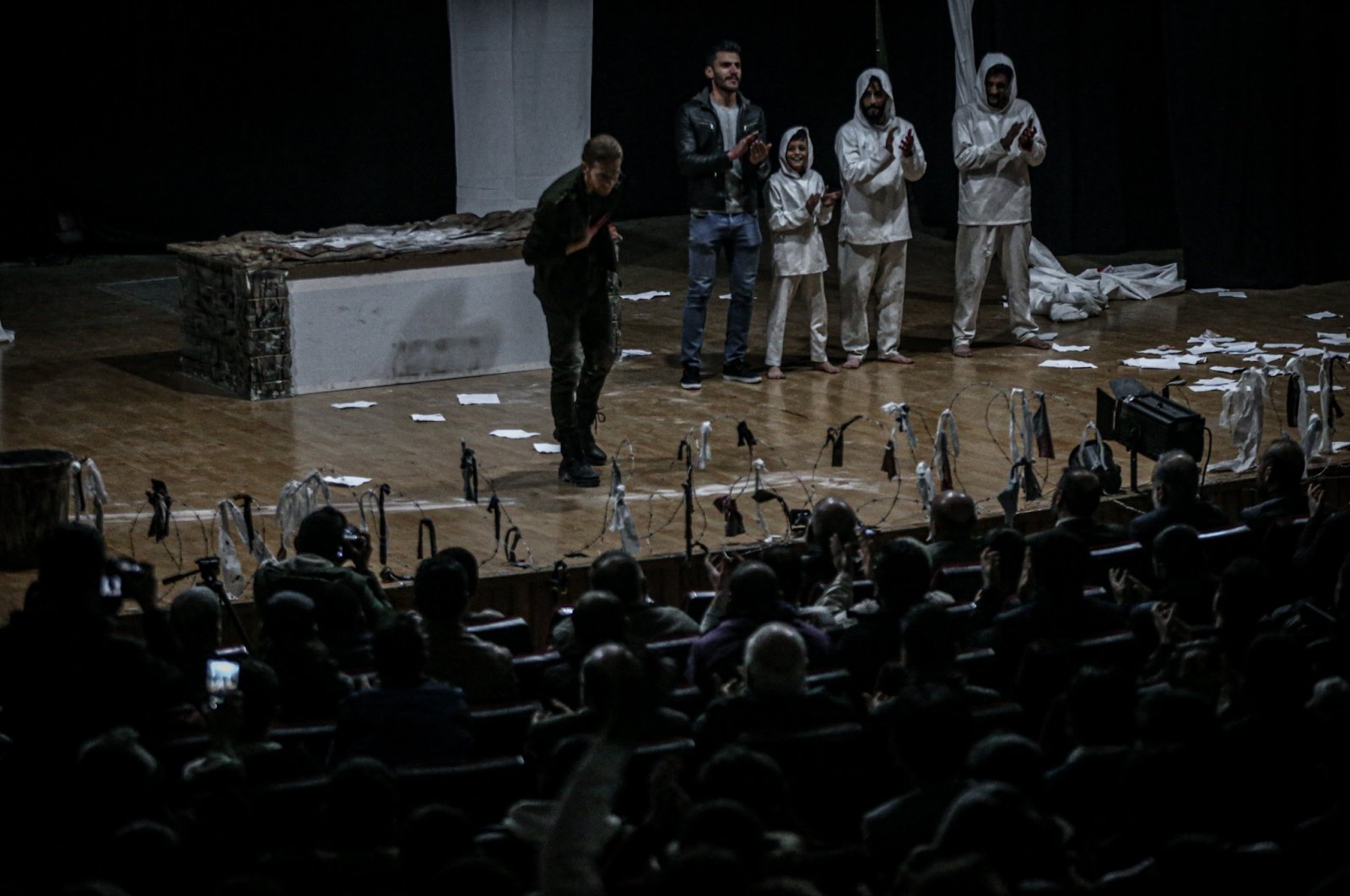 Syrian actors from the restive city of Idlib staged a play describing the terrible conditions in the prisons of the Bashar Assad regime.

In an interview with Anadolu Agency (AA), actor Zekeriya Seflo said that they will continue their efforts for the release of prisoners.

Ibrahim Sermini, the director, said that their play depicts the mental trauma the prisoners go through.

"We portrayed the brutal torture inflicted on prisoners," Sermini said.

"Despite all our efforts, we cannot even portray a fraction of their pain," he said, adding that they started rehearsals for the play six months ago.

The play was performed at a cultural center in Idlib.

Idlib is the site of a de-escalation zone forged under an agreement between Turkey and Russia, which supports rival parties in Syria’s 10-year conflict. The area has been the subject of multiple cease-fire understandings that have frequently been violated by the Assad regime and its allies.

The Syrian Network for Human Rights (SNHR) recently told Daily Sabah that the Assad regime and its allies have carried out at least 75 attacks in the region since the cease-fire last March.

Syrians this month marked 10 years since peaceful protests against Bashar Assad’s regime began in March 2011, erupting into a popular uprising that quickly turned into a full-blown civil war. Despite a decade of fighting and a broken country, Assad remains firmly in power. Syria is economically devastated and divided into several parts.

The conflict has killed around half a million people and displaced half of Syria’s pre-war population of 23 million, including more than 5 million who are refugees, mostly in neighboring countries. Nearly 4 million Syrians are living in neighboring Turkey, more than any other country in the world.

Syria is a "living nightmare" where about half the children have never lived a day without war, U.N. Secretary-General Antonio Guterres said this month to mark the 10th anniversary of the conflict. A record 12.4 million Syrians – nearly 60% of the population – are now food insecure, the U.N. World Food Programme recently reported.

The Syrian Observatory for Human Rights (SOHR) also documented at least 16,000 deaths in regime prisons and detention centers since the conflict erupted in 2011 after the brutal repression of anti-regime protests. It said, however, that the real number was likely higher because its tally does not include 88,000 people believed to have died while being tortured in regime prisons.